Perpetual Struggle: Why the Korean War Did Not End for North Korea 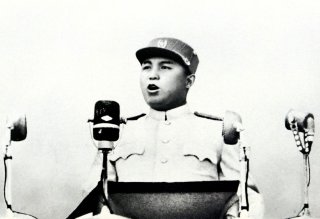 During the return of diplomacy on the Korean peninsula in 2018, a number of observers expressed their hope for a formal end to the Korean War. However, the developments of the past months have again made clear how difficult this problem is to solve. One of the main reasons for this is the series of enormously complex and interdependent challenges with the establishment of a genuine peace regime on the Korean peninsula. Consider, for example, the denuclearization of North Korea, building trust among the relevant parties and establishing a corresponding regional security architecture. However, to North Korea there are also domestic political motives for maintaining the war.

The Political Motives of Sustaining a Perpetual War

While often—yet mistakenly—called the forgotten war, to both North and South Koreans the Korean War is not some distant memory, but has become an integral part of their respective national identity. In North Korea, the discourse on the Korean War is among the most important meta-narratives that make use of the country’s foundational history and recurring historical analogies to explain and legitimize contemporary their government. According to this narrative, the Korean War did not end in 1953 and while the nature of this conflict changed over time, the logic of a perpetual national emergency has been kept intact.

Even in times of political détente, the discursive construction of a permanent threat by and perpetual war with the United States was largely upheld in the domestic discourse. Described as a “diplomatic war” in many North Korean sources, diplomacy with America is described as continuation of war by other means. Understanding the reason behind this logic requires us to acknowledge that, to the decisionmakers in Pyongyang, sustaining a state of perpetual war and supreme emergency serves a number of tangible political functions. For instance, most notably to strengthen collective identity by provoking and allaying anxiety to maintain quiescence and de-legitimizing dissent. As the identity of the Self is experienced and apprehended more strongly in times of increased threats and the existence of an external enemy, these notions are frequently used to build internal unity and coherency.

Selig Harrison rightly stated that North Korea’s “permanent siege mentality” has not only helped bonding the society (and the political class) together, but that the permanent state of supreme emergency is also a powerful political strategy that helped solidify the rule of Kim Il-sung, Kim Jong-il and now Kim Jong-un. As the leader is basically equated with the sovereignty and independence of the North Korean state and the protection of the Korean nation, the production of an identity as a warring nation reinforces a strong need to preserve the absolute nature of its leader.

It is in this context that North Korea regularly invokes the bitter memories of the Korean War to legitimize contemporary political practices. For instance, it is very possible that without the construction of a perpetual and all-encompassing threat, without the notion of an ongoing war, the massive efforts and expenditures that accompany North Korea’s nuclear strive would be impossible to sustain. As such, the notion of an ongoing war also helps to elevate the status of security actors (such as the military), diverting scarce resources into ideologically-driven political projects (such as the nuclear program) or distracting the public from pressing social ills (such as the structural economic crisis).