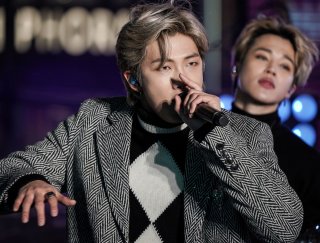 Samsung on Wednesday held its latest Unpacked live event, at which it unveiled five devices, and also called in celebrity guests, including the K-pop group BTS. The company also announced some new partnerships, including with Microsoft on Xbox-related gaming.

Here are the products announced at the event:

- The Galaxy Z Fold 2, a new smartphone which features a 7.7-inch screen that folds at multiple angles. More will be announced about the Z Fold 2 on September 1, Samsung said.

-The Galaxy Tab S7 and S7+, which are the first two 5G tablets available in the United States. They sell for $650 and $850, respectively.

- The Galaxy Watch 3 is Samsung’s latest rival to the Apple Watch, the undisputed leader in that wearable category. The Watch 3 can take ECG and blood pressure readings, although only the ECG is approved in the United States. It comes with a starting price of $400.

Galaxy Buds Live and Galaxy Buds Plus are Samsung’s wireless earbuds, featuring a bean-shaped design and charging case. The Buds Live will sell for $170.

The other big piece of news was that Samsung has teamed up with Microsoft to bring streaming game technology to its newest devices.

All of the new 5G devices will be available on T-Mobile, the carrier announced Wednesday.

The Verge reported that all of the devices featured were revealed in advance by a leaker. And the event itself was quite bizarre, plagued by awkward silences, and bizarre pacing. And BTS, the super-popular South Korean pop band, only appeared briefly, for an unboxing segment, and they didn’t sing.