SMA Negotiations: Why Trump's Demand of $5 Billion from South Korea Is Wrong 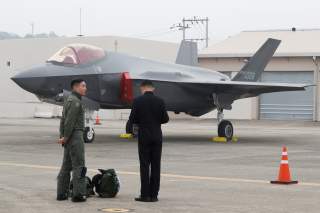 Nobody thought the cost-sharing negotiations between the United States and South Korea were going to be smooth. Last year’s talks, which went down to the wire and resulted in an 8% increase in Seoul’s financial support for the 28,000-strong U.S. troop presence, wrangled a lot of nerves in South Korean political circles and caused a hefty amount of concern in Washington that President Trump was undermining an alliance forged in blood nearly 70 years ago.

Last year’s negotiations, however, may in hindsight be viewed as a small bump in the road compared to the talks that are happening today. Trump has never been a giant fan of the U.S.-South Korea alliance, long perceiving multiple governments in Seoul as taking advantage of Washington’s generosity. Trump’s demand that South Korea increase its monetary contributions to the cost of U.S. troops from $890 million to $5 billion, a 500% hike, is as daring as it is absurd. Trump administration officials, including U.S. Ambassador Harry Harris, call the number a perfectly appropriate request given Seoul’s $1.6 trillion GDP. The Moon Jae-in administration depicts the figure as completely unrealistic and perhaps designed to be rejected, which could then provide the White House with a justification to begin removing American troops altogether. Writing in the Washington Post on November 20, Kookman University Professor B.J. Lee likened Trump’s position as the “bullying of one of its most loyal allies,” an opinion increasingly growing in the South Korean capital beyond the fringes of the far-left.

Washington is holding firm despite Moon’s objections. The U.S. delegation to the Special Measures Agreement walked out of the room on November 19, leaving the mouths of their South Korean colleagues agape.

Before jumping to conclusions and automatically casting Washington as the villain, a major caveat is in order: there is nothing unreasonable about pushing U.S. allies and partners to embrace more responsibility for their own national defense. Burden sharing is a popular concept in the age of Trump, but it has been a priority for successive presidents dating back to Dwight Eisenhower, who in the 1950’s called out Western Europe for depicting U.S. leadership as an entitlement. Offloading security responsibilities to other countries is a smart play: it frees up limited U.S. military resources for higher concerns; saves U.S. taxpayers money; avoids security duplications, and strengthens alliances by forcing the junior party to invest in their own capabilities.

But what Trump is doing in the current cost-sharing talks with South Korea is less about sensible burden-sharing and more about forcing Seoul to pay more for U.S. protection. Rather than encouraging the Moon government to continue on the path of acquiring state-of-the-art military platforms and preparing itself for the transfer of full operational control of all U.S. and South Korean forces on the peninsula (scheduled for 2022), he is fixating on how much money Seoul is willing to pay for the pleasure of hosting U.S. servicemembers every given year.

The Trump administration’s position in the SMA talks also has the potential to undercut its own Indo-Pacific strategy, where competing with China is fast becoming the core of U.S. foreign policy in an era where great powers are again sizing one another up. Van Jackson, a senior Pentagon official in the Obama administration who is now with the Victoria University of Wellington, told me that “on the one hand you want to confront China and enlist allies more. On the other hand, you label allies free riders and set up a negotiation for what seems like inevitable troop reduction.” South Korea, in other words, is trapped between two U.S. demands: doing more to push back against Beijing and writing a bigger check to the White House.

Having spent his entire adult life in a business environment, where profit is the sole indicator of success or failure, concentrating on the balance sheet is natural for the president.  And in a way, it makes some amount of sense. OPCON transfer would be a fantasy if the South Koreans were not opening up their wallets and procuring the weapons needed to field a modern, fully-trained joint force.  The South’s operational readiness and preparedness in a wartime situation also wouldn’t be very impressive if Seoul simply chose to rely on Washington as the first line of defense.

But compared with other U.S. security partners, Seoul has distinguished itself. The South is doing exactly what fair burden-sharing requires. South Korea’s military expenditures reached $43 billion in 2018, a 7% increase from the previous year and the single largest rise year-over-year since 2009. The Defense Ministry plans to spend an additional $239 billion on defense in the next five years, including $28 billion on strategic deterrence weapons such as more improved Intelligence, Surveillance, and Reconnaissance (ISR) capabilities, precision-guided missiles, and anti-aircraft systems. The South Koreans will likely purchase an additional 20 F-35 fighter jets on top of the 40 they bought in 2014. Nobody can accuse the South of skimping; the Republic of Korea is not Germany, Spain, or Italy, three wealthy countries that are much better at promising to spend more than actually doing it. According to Eric Gomez, a senior fellow at the Cato Institute, South Korea “is no slacker.”  Seoul is investing on modernizing the force and paying a pretty penny doing it.  “I think this is driving a lot of the surprise and anger from many analysts and South Koreans,” Gomez said.  “The fact that South Korea is one of the better allies in terms of ponying up for its own defense and yet they get this kind of demand foisted on them.”

Trump, however, is so focused on the monetary aspect that he is either unaware of South Korea’s future defense plans or doesn’t care. Both scenarios are not necessarily calming.

Should Seoul be contributing more to the costs of the U.S. military presence on South Korean soil?  Yes, it should. Is $5 billion a reasonable demand from Washington. No, it’s not. Does the administration’s number have a chance of being achieved?  Not even a little bit.

Distributing security responsibility fairly is ultimately positive for all participants in an alliance. But burden sharing is about more than just cash: it’s also about capability, capacity, and will. Trump should invest more attention on these factors than on aggressively pursuing a silly proposal that is as likely as Kim Jong-un waking up one morning and deciding to hand over the keys to his nuclear weapons program.