South Korea Is Getting New Destroyers, Submarines and Maybe F-35s on 'Aircraft Carriers'? 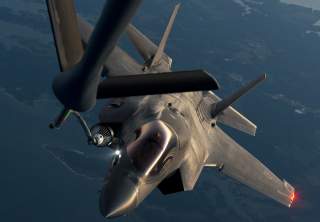 The South Korean government on April 30, 2019 approved plans to acquire new destroyers and submarines for the country’s fast-growing navy.

The $6-billion acquisition includes three Aegis destroyers armed with ballistic-missile interceptors and three submarines equipped with their own launchers for land-attack missiles.

But looking beyond the North Korean threat, South Korea clearly has ambitions to develop a far-sailing “blue-water” navy. There has been unofficial talk of the South Korea fleet embarking F-35 stealth fighters aboard its amphibious assault ships, in essence transforming the vessels into light aircraft carriers.

Among Asian powers, Japan too is equipping its destroyers with SM-3s for missile-defense missions.

While the South Korean navy optimizes many of its ships for combat on and around the peninsula, the government in Seoul clearly has ambitions eventually to project power across the Pacific region, potentially in close coordination with the U.S. military.

The 19,000-ton-displacement Dokdo, which entered service in 2007, is one of South Korea's largest warships. Sister ships Marado is under construction. Dokdo normally embarks an air wing composed of as many as 10 helicopters.

There have been reports that Seoul also wants to acquire its own F-35Bs. John Pike, a U.S. military analyst, told CNBC the F-35B would give the South Korean fleet an air-defense capability "that you wouldn't want to mess with."