South Korea Should Reassess Its Push for Inter-Korean Engagement 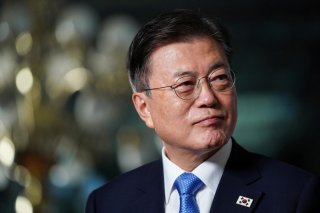 Lee In-young, the Republic of Korea (ROK)’s minister of unification, continues his push to revitalize inter-Korean engagement. In early June, Lee met with senior South Korean business leaders to reopen the Keumgang Mountain Resort complex, a joint inter-Korean tourism venture, as one way to improve inter-Korean relations. Lee also continues pushing for the U.S. and ROK governments to reduce combined military exercises and economic sanctions in order to avoid exacerbating tensions with Pyongyang and to advance diplomacy. Lee’s approach, however, is misguided, as it would only further embolden North Korea and endanger ROK national security.

Has Pyongyang ever reciprocated Seoul or Washington’s goodwill gestures or concessions in the past? Unfortunately for Lee, copious evidence from prior negotiations demonstrates not only that North Korea has consistently failed to do so, but that concessions only further embolden North Korea. As before, Kim Jong-un relies on his political warfare strategy of employing military provocations and hostile diplomacy to extort concessions from adversaries without surrendering his nuclear capabilities.

For example, since 2018, the U.S. and South Korea have suspended and scaled back their combined military training exercises, potentially risking the degradation of combined military readiness and thereby undermining the alliance’s deterrent capability. Despite Washington and Seoul’s efforts, North Korea’s military continues to conduct its seasonal military training cycles as well as numerous missile and other weapons systems tests.

The Kim regime also reiterated its demands for the alliance to formally end the “U.S. hostile policy” for diplomacy to continue. This means Pyongyang wants nothing less than a significant reduction or full withdrawal of U.S. troops from Korea, an end to extended deterrence, and the lifting of all economic sanctions, just to keep it at the negotiating table. It would be foolish for the U.S. and ROK to concede to Pyongyang’s precondition of ending the “U.S. hostile policy,” as it would cede nearly all leverage that the alliance needs for any negotiations.

Similarly, during the Six-Party Talks of the early 2000s, the U.S. met several North Korean demands to support diplomatic efforts that led nowhere. For example, one major flashpoint during the negotiations was Pyongyang’s demand for Washington to facilitate the release of $25 million of North Korean regime assets held in Banco Delta Asia in Macau. In September 2005, Macau’s authorities froze the money after the U.S. Treasury Department identified the bank as a “primary money laundering concern” for its ties to Pyongyang.

The U.S. supported a decision by Macau to unfreeze the funds that were then transferred to North Korea in 2007, hoping that North Korea would be more forthcoming during the Six-Party Talks. Instead, Pyongyang then demanded that the U.S. State Department remove North Korea from its State Sponsors of Terrorism list. In 2008, Washington fulfilled this demand. Even afterward, however, the Kim leadership continued raising new demands. It finally left the Six-Party Talks when the U.S. and its allies refused to accept North Korea’s terms for a nuclear verification agreement in 2009.

One argument that Lee and other proponents of renewed engagement may raise is that North Korea’s regime is changing. They could point to recent reports that the North Korean Worker’s Party deleted key sections of party guidelines earlier this January in favor of forcibly reunifying the Korean peninsula. These reports, however, remain not only unconfirmed but also, it is too early to assess if such a reported revision entails a formal change in North Korea’s strategic policy. North Korean propaganda outlets such as Choson Sinbo continue to suggest that North Korea’s plans for the forced reunification remain unchanged.

Likewise, during military parades in October 2020 and in January 2021, Pyongyang continued flaunting new missiles, including a new intercontinental ballistic missile and submarine-launched missiles, as well as a wide range of conventional military weapons. These events confirm that Pyongyang’s military development continues unabated despite the immense economic hardships affecting its populace as a result of natural disasters and the COVID-19 pandemic.

Seoul’s leadership therefore should devise a North Korea policy strategy with the U.S. and other regional allies and partners that is based upon an accurate assessment of North Korea’s strategic intent.

The only way for Seoul and Washington to counter North Korea is for the alliance to respond with its own and vastly superior political warfare strategy. Such an effort will require the U.S., ROK, and other allies and partners to leverage all political, economic, diplomatic, military, cyber, and informational leverage to pressure the Kim regime to change its strategic calculus. Although such a campaign will likely heighten immediate tensions with Pyongyang, Seoul’s leadership must be willing to take on such costs if it hopes to ever achieve permanent peace on the Korean peninsula.

Mathew Ha is a research analyst focused on North Korea at the Foundation for Defense of Democracies (FDD), where he also contributes to FDD’s Center on Military and Political Power. Follow Mathew on Twitter @MatJunsuk.