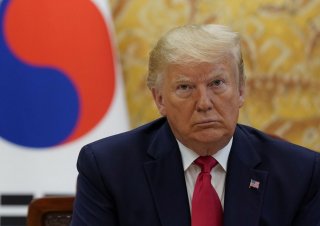 At the start of the year the idea that the Democratic Party of Korea would jump from 123 seats, a mere plurality in the 300-member National Assembly, to 180 seats in 2020 elections seemed fanciful. That they would do so during a major coronavirus health scare, with worries of a severe economic contraction looming, seemed taken from a script a film producer would reject for want of realism.

And yet that’s what the elections of last week produced. As generally predicted, the Korean government’s swift and adept handling of the COVID-19 outbreak, translated into the Democrats, and their satellite Together Citizens’ Party winning a majority. What was not widely anticipated was the comprehensive nature of the victory: the results granted them a supermajority along with the votes to fast-track their legislative agenda. In the process, they likely solidified resistance to U.S. pressure for burden-sharing.

The newly formed United Future Party’s maintained its traditional strongholds to the east of the country, but otherwise endured historic losses: no single party has controlled 180 seats in the legislature since Korea became a democracy in 1987. Its leadership took responsibility and quit, leaving the party in such disarray that Hong Jun-pyo, whose 2017 presidential campaign and subsequent party leadership were both defined by failure, has decided to try his hand once again. If the man once dubbed “Hong Trump” for his failed effort to channel more successful politicians succeeds in this, it will only further illustrate his party’s stagnation. The conservatives can’t win and remake themselves if they remain largely defined by anti-communism and nostalgia for the economic growth of the dictatorial period.

Meanwhile, Moon Jae-in’s approval rating, recently at a record low, has moved north of 50 percent again. Furthermore, there’s little to suggest that the South Korean public would support him taking a softer line in negotiations with the United States.

While the U.S. alliance remains popular with the Korean public, the five-fold increase in their share of the burden has polled poorly—and that was before Koreans had to worry about economic contraction.

The “pro-U.S.” conservative and “anti-U.S.” progressive trope in Korea has always been an oversimplification: progressive administrations have partnered with Washington even when angering their base—see Roh Moo-hyun’s dispatch of troops to Iraq—and conservative Korean politicians have not been above exploiting the sentiment that Korea is mistreated by its larger ally.

But should negotiations drag on, the ruling party will see little reason not to hold out on the U.S. side. Despite some interesting signs at the margins, the thumping conservatives received suggests their paradigm is severely outdated, and it is not clear how it adopts to this reality.

Such things can change in a hurry, of course, as the Republican Party of 2012-2016 demonstrates. Also, if the economic downturn not only endures but worsens, Moon’s approval ratings will dive yet again, and maybe even lower than seen in the fall.

But the chances of a conservative counterweight emerging this year are slim; for now, U.S. negotiators must know that the Minjoo Party is the only game in town.