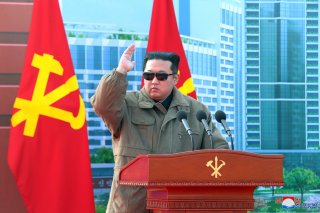 Last Friday, the U.S. Department of the Treasury announced that its first-ever sanctions on a “virtual currency mixer” had been imposed on Blender.io. According to the Treasury’s announcement, the mixer is “used by the Democratic People’s Republic of Korea (DPRK) to support its malicious cyber activities and money-laundering of stolen virtual currency.”

The move follows an incident in March in which the Lazarus Group, a North Korean-backed hacking group, carried out a virtual currency heist to the tune of $620 million for which the U.S. government previously said North Korea was responsible. It was reported at the time that the stolen crypto consisted of 173,600 Ethereum and 25.5 million USDC.

The government claims that Blender.io was used to process around $20.5 million of the stolen funds.

In addition, currency addresses used by the Lazarus Group have been added to the government’s List of Specially Designated Nationals and Blocked Persons, known as the SDN List. The Lazarus Group had previously been sanctioned by the United States in 2019.

The sanctions mean that Blender.io will effectively be blocked from doing business in the United States.

CNBC describes a currency mixer as “a for-profit service that allows users to move crypto between accounts without leaving a clear transaction record.”

“Today, for the first time ever, Treasury is sanctioning a virtual currency mixer,” Under Secretary of the Treasury for Terrorism and Financial Intelligence Brian E. Nelson said when the sanctions were announced.

“Virtual currency mixers that assist illicit transactions pose a threat to U.S. national security interests. We are taking action against illicit financial activity by the DPRK and will not allow state-sponsored thievery and its money-laundering enablers to go unanswered.”

The Treasury Department also connected North Korea’s hacking and other illegal activities to efforts to raise money that is ultimately put toward the acquisition of weapons of mass destruction.

Per NK News, the North Korean regime has slammed the “hegemony” of U.S. tech companies, with the North Korean Foreign Ministry describing the United States as orchestrating an “anti-DPRK racket.”

“Recently, the Department of Homeland Security, the Federal Bureau of Investigation, and the Treasury Department made public what is called a ‘joint alert’ warning against the ‘cyber threat’ from the DPRK,” Park Song Il, a researcher who is affiliated with the Ministry of Foreign Affairs, said in response, per KCNA Watch. He went on to accuse the United States of using its “hegemonic position in the IT industry to systematically commit espionage acts against other countries.”

“It is to tarnish the image of the DPRK and stir up an international atmosphere of sanctions and pressure against it,” he added.