Crypto Cons: Scammers Make a Killing off War in Ukraine 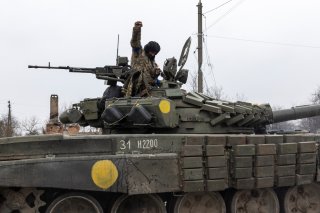 The war in Ukraine is a global tragedy that has taken thousands of lives, with no end in sight. But for various groups of high-tech scammers, the grisly conflict has been a goldmine.

With over $900 million raised by Ukraine and Ukrainian charities since Russia’s February 24 invasion began, fraudsters from around the world have been looking hungrily at the money flowing in. They want to get their hands on it, and they have been doing their best to do just that.

Digital identity theft, widespread fraudulent email campaigns, and clever cryptocurrency cash grabs have fooled thousands of people around the world into giving their hard-earned money to con artists, convinced they were aiding Ukraine’s efforts against Russia.

First, there are the predictable scams: fake pages on social media pretending to be the Red Cross and other legitimate aid organizations, routine malicious spam and phishing cons, as well as the hacking and cloning of legitimate fundraising accounts on Twitter and Instagram to redirect funds to fraudsters.

Then there are fake crowdfunding pages that try to profit off of legitimate deaths and attacks, direct phone calls pleading for money for Ukrainians displaced or wounded by the war, fake web pages set up claiming to be from victims of the war, and much more.

The scams then range into the more advanced category, with scammers pretending to represent cryptocurrency exchanges that want to send funds to Ukraine or claiming to be collecting crypto to send to the besieged country. It is true that Ukraine’s government has raised over $100 million via crypto, soliciting donations for Ethereum, Bitcoin, and Tether since early on in the conflict. At the same time, scammers have been hard at work making sure people who thought they were sending crypto to aid the war effort actually sent it to their pockets. By mid-April, experts had already identified around 2.8 million fraudulent emails and crypto scams related to the Russo-Ukrainian War.

One example of the cryptocurrency scams comes from early on in the war, when fraudsters carried out a crypto fundraising effort through Peaceful World, a Uniswap currency exchange, that jumped dramatically in value and netted over $50 million before being identified as a scam. Cryptocurrency transactions are final and anonymous, making them particularly attractive to scammers.

“Experts say that decentralization and anonymity have enabled crypto assets to be an excellent means of wartime fundraising. But this anonymity has had its drawbacks too” notes Aakanksha Chaturvedi.

The more advanced scammers are also digitally altering photos and using deepfake video technology to appear to show evidence that loved ones or close friends in Ukraine urgently need money sent to them. Variations will have an actual victim or refugee reach out to the unsuspecting donors, appearing to urgently need help. There is often also an urgent time limit at work in the requests, with victims pleading with would-be donors to send funds as soon as possible.

Of course, deepfake video technology is far from only a problem in terms of scams—it’s a geopolitical wild card. One deepfake video in March appeared to show Ukrainian president Volodymyr Zelensky telling his own troops to surrender. Fortunately for Ukraine, it was a poorly produced video from Russia and did not turn the tide of the war in Moscow’s favor.

Similarly, fraudsters are determined but sometimes sloppy. According to a BBC report, Miguel Hibert, a Mexican pediatrician, had his identity digitally hijacked and used by scammers to solicit donations by linking to fake medical donation pages calling him “Maxim Aranov.” These messages had solicited funds by claiming that “Aranov’s” children’s clinic in Zharkiv, Ukraine, had been bombed and desperately needed funds to help children harmed by the attack. The email requested that donations be paid via direct money transfer or to a specific Bitcoin wallet, saying the usual “portals” for sending money were not possible due to the war. Hibert said the scam has left him very “disappointed” about people trying to profit from the war in Ukraine. But apart from having their fake profiles deleted, most fraudsters avoid punishment while their scams pop back up in new places under new IP addresses.

Nova Ukraine, a Ukrainian charity, says it has also seen a disturbing rise in people pretending to represent the charity. Most of the text in the fraudulent Nova emails was copied from a Unicef appeal from earlier this year and sent from an IP address in Vietnam. It’s clear that many of the scammers are not that professional or smart, often using mismatching emails and providing phone numbers that aren’t active. However, by hitting the right emotional buttons at the right time, they can still steal millions before real questions start getting asked.

With more than $5.8 billion lost to scams last year by U.S. consumers, fraud is becoming an ever more serious problem each year. Sadly, the war in Ukraine has provided significant fuel to the fire for cynical con artists at home and abroad, although it’s not yet clear just how many Americans have fallen victim to the scams that have cropped up since Russia’s invasion of Ukraine began.