Cryptocurrencies Are Not the Major Threat to the Sanctions Regime 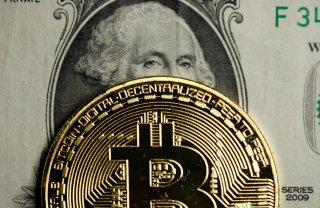 Last week, Senator Elizabeth Warren (D-MA) introduced the Digital Assets Sanctions Compliance Enhancement Act, which she argues is necessary to close loopholes that might allow Russian oligarchs to evade sanctions by utilizing cryptocurrencies. The United States and its allies have levied a broad and ever-growing set of sanctions against Russia, with a two-fold aim: to pressure Vladimir Putin and his influential advisors to end the war by seizing their assets and crimping their lifestyles, and to cut off access to resources that could help fuel the Russian war machine. If Russia’s economic elite, worth billions of dollars, can simply transfer their wealth into digital assets and trade them freely, the move would decapitate the sanctions regime. But the fear that cryptocurrencies function as a sanctions loophole belies at least three myths about the technology and risks misappropriating time and resources away from other, more effective forms of economic statecraft.

First, cryptocurrency is a medium of exchange that uses encryption techniques to control the creation of units and verify the transfer of funds. Unlike the dollar, controlled by the Federal Reserve and Department of Treasury for monetary and fiscal policy, cryptocurrency is not under government control. Instead, transactions take place on a decentralized blockchain, which is a ledger that permanently and publicly records all transactions. But decentralization is not synonymous with anonymity or lack of accountability. On the contrary, since all transactions are public, oligarchs transferring money are in many cases open to public scrutiny. Oligarchs’ transactions might be pseudonymous, but law enforcement is generally attentive to large transactions, which is how a notorious couple who laundered billions in cryptocurrency was recently foiled. The amount of money needed to make a difference in terms of sanctions evasion would similarly raise flags.

Second, and perhaps more fundamentally, Russian oligarchs’ ruble-based assets can only convert to cryptocurrency if they find a buyer. For instance, if they tried to buy Bitcoin, they would find a highly unattractive ruble-to-bitcoin pair, driven inauspiciously by the number of average Russians trying to buy Bitcoin. Oligarchs may therefore struggle to find buyers at those volumes, and they would also likely pay an unattractive premium. Relatedly, most assets held by Russian elites have been frozen, and the amount of crypto liquidity is a fraction of the global currency market, which creates additional problems for individuals seeking to move large amounts of capital via cryptocurrency.

Third, many crypto exchanges have physical locations that create susceptibility to existing country-based sanctions regimes. For example, Coinbase is an American company and the largest cryptocurrency exchange by volume. On the one hand, Coinbase maintains a commitment to decentralization and inoculation from central government control. On the other hand, Coinbase has an incentive to avoid draconian regulatory initiatives, and therefore have incentives to abide by government sanctions.

Indeed, though early statements from the company suggested that Coinbase would not block Russian transactions, they have since reversed course, saying that they are committed to sanctions compliance and that “sanctions play a vital role in promoting national security and deterring unlawful aggression.” Because exchanges like Coinbase are subject to “know your customer” regulations, they can easily identify and freeze accounts held by Russian elites.

Some observers might object that there might be other crypto-based workarounds to the sanctions regime. For example, savvy Russian elites may utilize “crypto mixing services,” which disaggregate large trades into smaller and less noticeable ones in order to escape detection; the Financial Crimes Enforcement Network recently issued a warning to this end. Mixers are essentially black boxes that blur the link between senders and receivers in crypto transactions. They do so by pooling all crypto that enters the mixer such that it can only be observed that a sender transferred funds into the mixer, and that a recipient obtained funds from the mixer, but not that the recipient received the funds from a specific sender.

But again, this method raises practicality and anonymity questions for the Russian elite—it would be inefficient and time consuming to shuffle large quantities through mixers in this way, and many crypto exchanges mark currency that has been through a mixer as “tainted,” rendering it difficult to trade. Mixers may work well for small amounts and for citizens trying to evade, for example, Putin’s controls but are bad for trying to hide hundreds of millions of dollars. The crypto thieves described above were caught even after mixing because of the large quantities in play.

What about the possibility that the Russian government could mine Bitcoin or other digital currencies to fuel its military machine? Some evidence suggests, for instance, that Iran mined Bitcoin to evade sanctions. However, doing so in large volumes is incredibly costly—mining is both time and energy-intensive, which is why Iran ultimately banned Bitcoin mining after it caused a series of rolling blackouts. To dent the sanctions regime, Russia would need to mine in astronomical volumes, making it an inefficient, impractical, and therefore unlikely means of evading them.

Consistent with the magnitude of these challenges, there is no evidence to suggest that crypto has been used or would be used in the nefarious ways suggested by legislators. Moreover, even if some evasion occurs through these channels, it is likely to be small in scope and, therefore, not a significant threat to the sanctions regime. The key problems with sanctions evasion pertain to older, non-crypto issues: first, “black knights,” or states friendly to the Kremlin which will pass resources into their hands; and second, hidden and otherwise liminal assets in tax havens or places with strong property rights that in actuality belong to Putin’s cronies. The former is great cause for concern to the State Department, especially in the context of Chinese aid to the Russians. The latter involves the diligent cat-and-mouse task of unraveling shell companies. Sanctions evasion has existed for decades before the advent of cryptocurrencies.

As such, government officials ought to devote time and resources that would otherwise go to closing crypto loopholes to enforcing the existing sanctions regime, which is taking a toll on Russian elites, and exploring other, more conventional means of economic statecraft.

Sarah Kreps is the John L. Wetherill Professor of Government, Adjunct Professor of Law, and Director of the Tech Policy Lab at Cornell University.  She is also a Non-Resident Senior Fellow in the Artificial Intelligence and Emerging Technology Initiative at the Brookings Institution. You can find her on Twitter at @sekreps.

Richard Clark is Postdoctoral Research Fellow in the Niehaus Center for Globalization and Governance at Princeton University and incoming Assistant Professor of Government at Cornell University. His research has been published in the American Journal of Political Science, Journal of Politics, and International Organization, among other outlets. You can find him on Twitter @Ricky__Clark.

Adi Rao is a Ph.D. student and research fellow in the Tech Policy Lab at Cornell University.