What If Trump Ordered a Naval Blockade of North Korea? 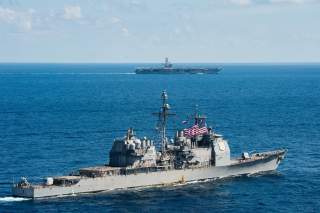