Who Takes Over if Kim Jong-un Dies? 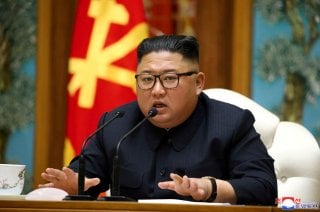 Over the last 48 hours, reports that the United States government is tracking intelligence that Kim Jong-un is “in grave danger” shook the North Korea watcher community. Suspicions that something may be off had grown in light of the 36-year old leader’s absence at Day of the Sun festivities, which celebrate the birth of his grandfather, on April 15.

This is not the first time that a lack of Kim sightings has led to reports of health problems. It is also unclear as to whether these rumors are well-founded. National Security Advisor Robert C. O’Brien says that the United States is unsure of Kim’s condition, while the South Korean government says there are no indicators that Kim is in poor health. While North Korea has yet to confirm any cases of COVID-19 within their country, it is not out of the question that Kim has taken a break from public appearances to avoid exposure to the virus.

Rumors surrounding Kim’s health raise questions of what would happen should he pass away. Who would succeed him? What would happen with North Korea’s nuclear program? What would the impact be on inter-Korean and U.S.-North Korean relations? Would the regime collapse? While these questions are impossible to answer with 100 percent certainty, there are some clues we can look to.

There is no current heir apparent, but any successor is likely to come from inside the Kim family. Kim has an older brother Kim Jong-chul, who was already passed over for the role of Supreme Leader in favor of the younger Kim. Additionally, Kim’s younger sister Kim Yo-jong has played an active role in her brother’s regime, but it would be unprecedented for a woman to head the country. Kim is reported to have three children who would be too young to lead, raising questions of whether some sort of regent scenario is possible. There is also the risk of a broader, potentially destabilizing power struggle.

Answers to questions related to nuclear weapons and relations with South Korea and the United States will depend on who comes to power, their ability to consolidate power, and who they rely on within North Korean society as their power base. These answers also won’t be immediately evident since dictators tend to operate on longer time horizons than democratically-elected leaders do. Moreover, a new North Korean leader will not necessarily present clear attitudes towards engagement or denuclearization on day one of their reign.

Whether or not Kim is actually in danger—and it is too early to tell whether these are rumors or something more—these are issues that the United States, South Korea, China, and the global community should be thinking in case he did (or ever does) pass away before a clear heir to the Kim dynasty is ascertained.

Abby Bard is a graduate student in Asian Studies at Georgetown University’s School of Foreign Service, Pacific Forum Young Leader, and former research associate for Asia policy at the Center for American Progress.