Why Americans Shouldn't Get Excited About Biden's North Korea Policy 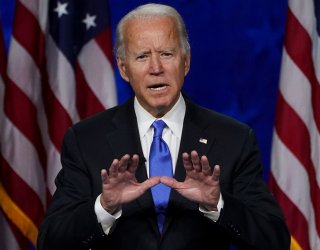 U.S. policy on North Korea across multiple Democratic and Republican administrations has rested on three central pillars: (1) North Korea can under no circumstances be recognized or treated as a nuclear weapons state; (2) over time, economic pressure will eventually bring the Kim dynasty to the negotiating table; and (3) Pyongyang’s denuclearization is the sine qua non of success. From everything we know about Joe Biden and his nearly half-century long career in Washington, none of the basic parameters are likely to change.

Every president enters the Oval Office thinking he can close the North Korea nuclear file for good. President George W. Bush and his national security team frowned upon the Clinton administration’s diplomacy with Pyongyang and perceived it to be weak and unprincipled. Over time, Bush realized that isolating the North with economic and diplomatic sanctions was producing zero policy benefits for the United States and spent his second term as a deeply active participant in the Six Party Talks process. But eight years later, President Bush left office with Washington’s North Korea policy in worse shape than when he came in.

This trend continued with presidents Barack Obama and Donald Trump. During his opening months, Obama promised a new era of U.S. diplomatic engagement with long-time adversaries. Trump, a showman if there ever was one, sold himself as the master negotiator who would personally make great deals for the United States and solve problems no other U.S. president had the intelligence or talent to solve. In both cases, North Korea was at the top of the list, and in both cases, Obama and Trump wound up disappointed. Obama largely gave up on diplomacy with Pyongyang after the 2011 Leap Day Deal collapsed in less than a month. Trump, despite three in-person meetings with North Korean leader Kim Jong-un and an unknown number of letters exchanged, largely lost interest in the endeavor as election season approached.

If Biden prevails in November, he will inherit a North Korea problem that is the product of three decades of failed U.S. policy. If comments during his long tenure in the Senate or his remarks during the 2020 Democratic presidential primary are any indication, Biden’s North Korea policy will be a highly traditionalist one. North Korea’s complete and verifiable denuclearization will remain the top U.S. policy objective on the Korean Peninsula. Economic sanctions on the North will likely increase as the Biden administration tries to poke and prod China and Russia into fully implementing the various U.N. Security Council Resolutions already on the books. Joint U.S.-South Korean military drills will return on schedule, which will heighten Pyongyang’s sense of vulnerability and perhaps enable Kim to meet the moment with some long-range missile tests of his own. The Biden State Department will devote a significant amount of time trying to impress upon Beijing the necessity of cracking down on ship-to-ship transfers, border smuggling, and whatever other sanctions violations the Chinese and North Koreans have perfected. None of it will be particularly effective. Any North Korea policy that depends on Beijing’s cooperation is a policy that is pre-set to deflate into irrelevance, particularly so when China and the U.S. are already at each other’s throats over a wide range of issues.

As for direct U.S.-North Korea diplomacy? Well, don’t expect any Biden-Kim summits anytime soon, if ever. Dialogue will be attached to a series of conditions the North Koreans will have to meet beforehand, including but not limited to showing some good faith to the international community that they are willing to abide by prior denuclearization commitments.

I can only hope that a potential Biden administration proves this assessment wrong. Otherwise, the U.S. might as well prepare for another four years of the same old story.