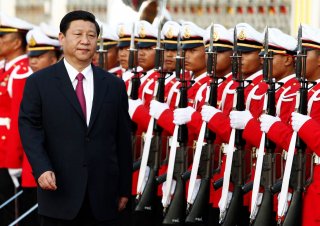 One of the key takeaways from what has happened on the Korean Peninsula lately—rumors surrounding Kim Jong-un’s health in April and then Pyongyang’s hostile actions, including its destruction of the Joint Liaison Office—is that it would not be possible to tackle North Korean problems without China. If a crisis or major change happens in North Korea, it is inevitable that the United States will need China’s help to stabilize the Korean Peninsula and avoid or mitigate any serious disruptions. And given that any major crisis or proliferation on the peninsula would be a direct threat to China’s stability and security environment, China will likely do whatever it takes to keep the status quo and stabilize the Korean Peninsula on its own terms.

Pyongyang is likely to have more room to maneuver between the two countries when their relationships are at odds, so it is driving a wedge between the U.S. and South Korea by using provocations in order to create friction within Seoul to blame Washington, since America had demanded of Seoul that inter-Korean reconciliation not outpace denuclearization efforts. At the same time, given its stalled negotiations with the United States, North Korea is likely strengthening its ties with China in the midst of intensifying U.S.-China tensions in order to increase its gains and leverage. While there was a hope for the possibility of U.S.-China cooperation on North Korean issues in light of Stephen Biegun and Mike Pompeo’s meeting with a Chinese delegation in Hawaii led by Yang Jiechi, the U.S. and China likely remained divided on the appropriate reaction to North Korea’s increasingly hostile actions and rhetoric. Given that the meeting failed to produce any tangible results on an array of issues including Taiwan, Hong Kong, and the Himalayas, it doesn’t seem likely that the United States and China will act together to make visible progress on denuclearization or support additional sanctions anytime soon.

Given the current geopolitical landscape around the Korean Peninsula and in the Indo-Pacific, it is hard to imagine that the Korean War will come to an end in five years. An end-of-war declaration would have to be agreed to and signed by the United States, South Korea, and North Korea as a first step to reaching a formal peace treaty. Such a declaration should not only end hostilities, replacing the 1953 Armistice, but also: (1) declare the Korean Peninsula a Nuclear-Weapons-Free-Zone (NWFZ); (2) incorporate formal reciprocal arms control measures that lead to disengagement and de-escalation of the military confrontation on the peninsula; (3) commit parties to conventional arms reductions and confidence-building measures; and (4) include universal principles of human rights, respect for sovereignty and the territorial integrity of states, and the resolving of disputes through exclusively peaceful means. In addition to these provisions, an important pre-condition, which seems almost unrealistic for the current geopolitical environment, should be that the United States, China, and the two Koreas all be committed to initiating a dialogue and negotiations on a peace treaty consistent with parallel progress toward a denuclearized Korean Peninsula. More importantly, it would be impossible to achieve denuclearization if the Kim family is not convinced that their regime can receive security guarantees for giving up nuclear weapons and can survive after a peace treaty. Only when the Kim family realizes that their nuclear program is detrimental to the future of the regime and that North Korea’s economy will be better off without it will Pyongyang be interested in pursuing an end-of-war declaration and peace treaty.

Miyeon Oh is a Senior Fellow and Director of the Asia Security Initiative at the Atlantic Council.