Why Ending The Korean War Is Just a Beginning 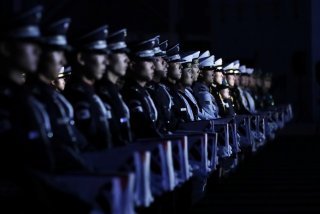 Whether the Korean War will come to an end before 2025 depends on what we actually mean by the end of a war.

The Korean War has yet to end not only because of ongoing skirmishes and provocations that continue to cause casualties, but also because South Korea and the U.S. are not signatories to the 1953 armistice, which was instead signed by representatives of the United Nations, China, and North Korea. The resolution, then, seems straightforward: a peace treaty signed by the Koreas, the U.S., and possibly China would formally end the Korean War. This is precisely what President Moon Jae-in has been pushing for since 2018. Yet there are two factors blocking a simple political statement from being made.

First, South Koreans are divided over declaring the end of the Korean War. The opposition parties claim that the declaration will be interpreted as South Korea’s recognition of a nuclear North Korean state, and that it could also jeopardize national security by opening doors to debate on reduction or withdrawal of American forces stationed in South Korea. Second, the U.S., whose interest in ending the war would be vital to such a declaration, seems adamant on substantial progress in denuclearization as a precondition to any change, even if insignificant change, in U.S.-North Korea relations. President Trump has rejected settling for anything less than a “big” deal with Kim Jong Un, to which the latter has refused in the absence of a guarantee on regime survival.

But even if a declaration is made, ending a war is a relational process that can only be tedious and painstakingly long. As suggested by the literature on (de)securitization, to say that a conflict or a war has ended entails a fundamental shift in the nature of relations between belligerents. This means that each state’s narratives on statehood and identity in relation to other states have to be altered to reflect the post-war reality. This is not an easy undertaking, especially since the Korean War is more than a civil war that has been ongoing for over 70 years. Its evolution into an international war before ending in a truce in 1953 not only means that it remains as the last vestige of Cold War, but that North Korea has become a keystone in the U.S.-led international order. To fundamentally change U.S.-North Korea relations would therefore require an overhaul of American foreign policy and national security discourses and relations with allies and enemies.

Bigger challenges lie ahead for both Koreas, even before unification issues could arise between them. Seventy years of securitizing each other means that Koreans, both in the North and South, have become accustomed to narratives and security practices found in laws, institutions, and even popular culture which reflect the other Korea as a threat and permeate every aspect of their daily lives. While everyday experiences of the Korean War may remind some why Korea remains divided, they also go unquestioned even in democratic South Korea because most Koreans accept them as given without realizing—a result of securitization that excludes deliberation processes altogether because certain measures are deemed “essential” for national security.

To end the Korean War means having to first alter everyday practices and narratives by introducing inter-Korea issues into the realm of normal politics where Koreans can freely debate on re-articulating the other Korea as a non-threatening other. The trickier process of desecuritization is that of “resetting” the collective memory on the Korean War and division so that a fundamental change in inter-Korea relations and Korean identity can take firm root.

Declaring the end of the Korean War could be done before 2025, but it would really only be the beginning of decades of a fragile peace process.