Why Ending the Korean War Will Never Be Easy 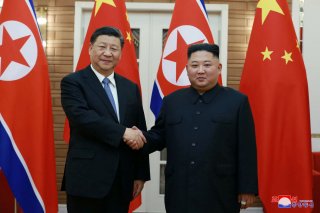 The Korean War (1950–1953) was devastating, with more than two million Koreans dying during the conflict. Though representative as one of the last vestiges of the Cold War, the conflict ended in a stalemate and has only exacerbated the situation between North and South Korea. The war ended in what, in international law, is termed uti possidetis (may you continue to possess such as you do possess). The two nations remain divided along the 38th parallel and the ceasefire on the peninsula remains the oldest in the world. Despite the hope for a peace treaty during the summits between President Donald Trump and Kim Jong-un, a comprehensive treaty would pose many challenges that would require additional discussions. Most often, division is not due to hostility and animosity between the peoples of a divided country but due to the forces of geopolitics, historical circumstances, and government policies. One unique aspect of the Korean division compared with that of Germany or Vietnam is that it has lasted longer, nearly seventy-five years.

The signatories to the armistice on July 27, 1953, were the United Nations Command, led by the United States, as well as China and North Korea. Establishing a lasting and stable peace regime on the peninsula was one of the objectives agreed upon by Trump and Kim at their first summit in June 2018 in Singapore, but progress towards peace has been extremely limited due to persistent disagreements between Pyongyang and Washington over the issue of North Korea’s nuclear arsenal and continuous provocations.

In his 2019 New Year speech, Kim Jong-un advocated for “multiparty negotiations to replace the current ceasefire . . . by a peace mechanism in close contact with the signatories of the armistice agreement.” For Pyongyang, a peace treaty is vital for the survival of the regime since it means that North Korea and the United States are no longer enemies. But Washington is worried that such a treaty would call into question the merits of a military alliance with Seoul and the presence of 28,500 American soldiers on South Korea’s soil. A peace treaty would also be favored by China, which hopes for less U.S. involvement on the peninsula. China warns that any treaty that does not have its approval would be ineffective.

Fast forward to 2025, the seventy-fifth year of the Korean War: did the war come to an end?

The possibility is extremely limited, given the complexity of the subject. Negotiating such a treaty could take more than three years if not more than that, and that without considering unexpected events such as another worldwide pandemic, a financial crisis, or other unexpected events. The most likely scenario would be for the parties concerned—the two Koreas, China, and the United States—to issue a political statement to formally declare an end to the war. That means a huge leap of faith towards North Korea: is the world ready to trust this unstable regime? Such a political statement could pave the way for a peace treaty later. Ending the war would revive the debate about the American military presence in South Korea; the Chinese forces that had fought alongside North Korea during the war had withdrawn from the Korean Peninsula in 1956. If the war officially ended, Washington might find it difficult to justify staying in the South. A peace treaty would also increase pressure on Pyongyang over the nuclear issue. North Korea has in fact always justified the development of a nuclear arsenal by the need to protect itself from a possible U.S. invasion. An end of war declaration would be a way to verbally end hostile relations, but a peace treaty will finalize it in a legally binding manner.

Throughout its history, Korea’s political destiny has often been decided by its neighbors. Even if a possible reunification effort materializes, it seems important to recall the words of former South Korean president Kim Dae-jung, who advocated for bilateral resolutions and rejected any type of foreign interference in the process: “We do not want a reunification by force like Vietnam, nor a ruinous reunification like Germany. That the United States let us follow our own pace, slow and peaceful, towards a successful reunification.”

Will a new U.S. administration take the initiative? By refraining from creating an environment conducive to a resumption of contact, the international community eschews all responsibility by proffering that any dialogue or negotiation is impossible with North Korea. Despite the recent inter-Korean warming, an end to the ‘endless war’ may not be feasible for some time.