Why Ending the Korean War Within 5 Years Is Not Possible 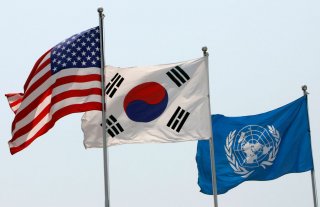 Although the Korean Armistice Agreement put an “end” to the 1950-53 Korean War between North and South Korea, the Koreas are still technically at war seven decades later.

Days before the two Koreas marked the 70th anniversary of the outbreak of the Korean War this June, tensions on the Korean Peninsula started to mount again with North Korea beefing up its criticism against the South over the issue of propaganda leaflets. The North proceeded to demolish the inter-Korean liaison office in the border city of Kaesong as a retaliatory measure against the sending of propaganda leaflets by defector groups based in the South, and warned of taking additional military actions. The South Korean government has also taken a stern stance, with the South Korean military warning the North that it would pay a “price” if it carries out any provocative actions.

The leaders of the Koreas have also been engaged in a war of words, with Kim Yo-jong—a top North Korean official and sister of the country’s leader Kim Jong-un—using rude remarks to criticize South Korean President Moon Jae-in for not taking responsibility on the matter of implementing inter-Korean agreements, drawing calls from Moon to stop such “rude and senseless” personal criticism. Cheong Wa Dae’s response to Kim Yo Jong’s statement was rather surprising to political watchers in South Korea, as Moon has long been pushing forward an engagement policy toward the North and it suggested that the South Korean government might change its policy direction over the escalation of tensions.

The recent escalation of tensions on the Korean Peninsula displayed a chronic problem in inter-Korean relations: years of effort toward building peace on the peninsula could collapse all at once, as illustrated by the demolition of the Kaesong inter-Korean liaison office. There are several reasons for this chronic problem.

First of all, North Korea needs South Korea to remain an enemy rather than a partner during times in which it needs to strengthen internal solidarity among its people using the hatred of an external enemy—often South Korea, the United States, or Japan. Such a Cold War-era scheme is rather outdated in democratic countries where few people are prone to incitement using ideological beliefs, but it is still often used in the hermit regime. That is more likely to be the case when North Korea is not getting what it wants: sanctions relief and material aid.

For the South Korean side, on the other hand, the nature of a democratic society, in which changes in government often lead to discontinuities in policy, has been a hurdle to building consistent and sustainable relations with the North. Since the historic first-ever inter-Korean summit between then-South Korean President Kim Dae-jung and then-North Korean leader Kim Jong-il on June 15, 2000, inter-Korean relations have seen ups and downs.

The late South Korean president Kim Dae-jung and his successor Roh Moo-hyun had pursued an engagement policy, with the second inter-Korean summit held between Roh and Kim Jong-il in 2007. But the next two South Korean governments under President Lee Myung-bak, from 2008 to 2013, and President Park Geun-hye, from 2013 to 2017, of the conservative bloc chilled inter-Korean relations with their hardline policies.

Adding to the difficulties in building consistent relations between South and North Korea are the political dynamics of an international community in which the United States and Japan ally with the South while China and Russia support the North. Considering the complex political situations of the Koreas as well as of the international community, a declaration of an end to the war between them does not seem feasible in the near future, and not within the next five years.

Jung Da-min is a politics and defense reporter with The Korea Times. You can follow her on Twitter @DaminJun9.