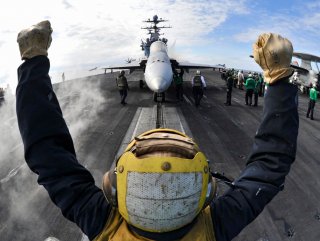 The Korean War is often dismissed as frustrating, indecisive, and interminable, but it was one of the major events of the last century because of what Sherlock Holmes called “the dogs that did not bark.” Raymond Aron, a distinguished French intellectual, had characterized the twentieth century as “the century of total war.” Under the threat of nuclear weapons, it became instead the century of limited war. The Korean War was that turning point, and Harry Truman was a key to that process. The man who unleashed nuclear war at Hiroshima instead opted for moral prudence. Thus was born the nuclear taboo that Thomas Schelling described in his Nobel Laureate address as one of the most important institutions of the century. Had Truman decided otherwise, not only the Korean Peninsula, but the world would look very different today.

After Chinese troops crossed the Yalu River and pushed back American forces in November 1950, Truman insisted on keeping the war limited and resisted MacArthur’s requests to use atom bombs on Chinese targets and use Chiang Kai-shek’s troops that had just lost the Chinese civil war. Truman had acted incautiously in June 1950, given Secretary of State Dean Acheson’s earlier exclusion of the peninsula from America’s defense perimeter and given the poor preparation of American troops. Truman wanted to implement Woodrow Wilson’s vision of collective security as embodied in the UN Charter, but a realist might have been more cautious about the risks involved and, as Acheson later observed, it was Korea that ultimately destroyed the Truman Administration. For Truman, the moral lesson of the 1930s was to stand up to aggression, and he did—and he paid the price. At the same time, as I describe in my book Do Morals Matter?, he saw the moral disproportion of nuclear weapons and refused temptations to use them in order to rescue his position and reputation.

That has left us with the frustrating and seemingly interminable war that still exists to this day. When will it end? Countless people have gotten the answer wrong going all the way back to Kim Il-sung, Douglas MacArthur, and Harry Truman. I must count myself among them. When I chaired the National Intelligence Council during the Clinton Administration, I shared the widespread view that a Stalinist regime in a country that could not feed its people was out of sync with the post-Cold War world. Most experts told me the regime would not last a decade. If someone had asked me then whether the war would be over by its 70th anniversary, I would have got the answer wrong.

That makes me wary about predicting that the war will be over by its 75th anniversary. As Jung H. Pak describes in her fascinating book Becoming Kim Jong Un, the supposed oxymoron of a hereditary communist dynasty has proven remarkably resilient. For reasons of domestic control, the dynasty finds an American enemy useful, particularly if the regime maintains Chinese support. But history is full of surprises and accidents. The end of such a regime can come about very suddenly as happened to Ceausescu in Romania. If I had to bet today, I would ask for even odds, and I would certainly not bet a large amount!

Joseph S. Nye, Jr. is a Professor at, and former Dean of, Harvard University’s Kennedy School of Government. He previously served as Assistant Secretary of Defense for International Security Affairs, Chair of the National Intelligence Council, and Deputy Under Secretary of State for Security Assistance, Science, and Technology. He is also the author of Do Morals Matter? Presidents and Foreign Policy from FDR to Trump.