Will Anything Change with North Korea Under a President Biden? 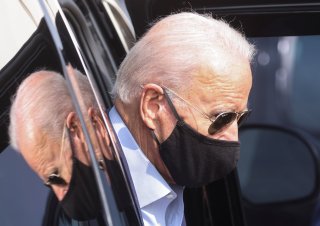 Americans have become numb to cut-throat political campaigns. Every presidential election cycle is branded by the pundits as the ugliest in U.S. political history, only for the next one four years later to be even uglier. The 2020 presidential matchup between Donald Trump and Joe Biden, however, has long since entered the danger-stage. It’s not every day the President of the United States accuses his opponent of being a corrupt, senile old man who may be taking drugs. Nor is it normal for the challenger calling the sitting President “a fool” who is in over his head.

While the mudslinging may be entertaining, it also drowns out the more substantive conversations that actually matter. The news media grabs every controversial one-liner and turns it into a 24-hour story, which means the weighty issues of the day—how the next president will manage Washington’s relationship with China; whether nuclear negotiations with Iran and North Korea can be shocked back into existence; and how climate change and pandemics will be dealt with in the future—are completely lost in the noise.

Much of the attention has been placed on Donald Trump’s antics. Joe Biden, meanwhile, has largely been able to keep his head down and ride out the storm. Despite a career in Washington, DC, that spans nearly a half-century on both sides of Pennsylvania Avenue, reporters have largely focused their inquiries on the latest daily outrage. The foreign policy issues that could make or break a presidency play second-fiddle. This is an attempt to kick-start a much-needed discussion as the presidential campaign reaches the homestretch.

Every president comes into office thinking they are uniquely capable of solving the North Korea nuclear riddle. Yet after attempting diplomacy, all of them leave the White House with the North Korea albatross hanging around their neck. Presidents George W. Bush and Barack Obama both negotiated with Pyongyang, the former actually reaching the point where the Kim dynasty agreed in principle to mothball their nuclear facilities. But in the end, both came up short. If President Trump loses re-election in November, he too will return to private life with very little to show for his unconventional North Korea diplomacy other than a few dozen letters and framed photographs of himself and a smiling Kim Jong-un.

A brief overview of Joe Biden's past comments on North Korea doesn’t inspire much confidence that U.S.-North Korea ties would get any better under his watch.

On the North Korea issue, it’s difficult to pigeonhole Biden into the traditional hawk vs. dove paradigm. He showed a tendency to ruffle feathers and act tough during his earlier life as a senator and vice president. In 2000, when the Clinton-era Agreed Framework was slowly coming apart at the seams, then-Sen. Joe Biden explained how he wouldn’t hesitate to order a military strike against North Korea if Pyongyang was caught building an offensive, nuclear missile system. "That to me is a hell of a lot less risky way to deal with my grandchildren’s future than to engage in an overall arms race,” Biden said at the time. If you didn’t know any better, you could easily assume that uber-hawk John Bolton uttered those remarks.

Biden, however, is no warmonger itching for a conflict and, in fact, has a long record of emphasizing diplomacy as the best option. In some of his speeches, Biden makes it abundantly clear that negotiations are the only way forward. In 2004, he met with then-North Korean ambassador to the UN Gil Yon Park on Capitol Hill and told him point-blank that Pyongyang would be far better off over the long-term if it dropped its ambitions to become a nuclear weapons power. In 2008, as chairman of the Senate Foreign Relations Committee, Biden delivered an opening statement during a hearing on the now defunct Six Party Talks in which he blasted the Bush administration for waiting so long to engage North Korean officials. "Some say we should never negotiate with North Korea because they can’t be trusted. This view offers no viable solution to a problem—a problem that got much worse when the Bush administration disengaged from the effort.” He would go on to add that “There is still no substitute for patient, principled, sustained, high level diplomacy.”

As vice president, Biden took a decidedly more hawkish tone. In the opening months of the Obama administration, Biden told reporters that Washington needed to keep “the pressure on” in order to drive Pyongyang towards acting more responsibly. Nearly three years after the Obama administration’s one diplomatic agreement with the North fell apart after conflicting interpretations and a North Korean satellite launch, Biden addressed an audience at Yonsei University and delivered a message to Kim Jong-un—additional negotiations were impossible until it demonstrated its “full commitment” to denuclearization.

Perhaps the best term that can be use to describe Biden’s North Korea views is “conventional,” where both carrots and sticks are levied to bribe and pressure Pyongyang to part from its prized nuclear deterrent.

This conventionality continues to this day. Asked by the New York Times what a North Korea policy would look like under a Biden administration, the former vice president largely leaned on a formula successive U.S. presidents have worn out for decades: improve the U.S. alliances with South Korea and Japan; push China into enforcing UN sanctions; and make the North Koreans prove themselves before diplomacy at the head-of-state level is initiated. One gets the faint notion that Biden's North Korea policy would look nearly identical to Obama’s, perhaps with some minor changes at the margins. As Jenny Town, a fellow at the Stimson Center, told me in an email, “My sense is that a Biden administration's policy would portray itself to be pro-diplomacy with North Korea, but with high conditions for how that diplomacy plays out.”

Of course, we won’t know what a Biden North Korea policy will consist of until he is actually sitting in the Oval Office (assuming he is elected in the first place). But according to Town, Biden shouldn’t expect much with the North Koreans unless he is willing to offer something more innovative than what previous U.S. administrations have tabled before. For Jessica Lee, a senior East Asia research fellow at the Quincy Institute, this could include a bold move from Biden to officially declare an end to the Korean War. “Doing so,” Lee told me, “could help unlock progress on a wide range of diplomatic and security issues that have stalled due to a lack of trust, partly emanating from the unresolved conflict.”

Unfortunately, if Joe Biden’s public record is anything to go by, we would be wise to bet on more of the same.