Will Iran’s Partnership With North Korea Kill the Nuclear Talks? 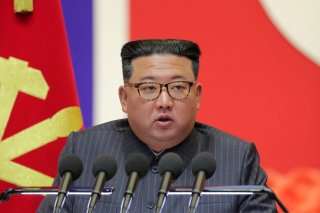 "We have released information on this. Some of this information has been reported publicly as well," Price said in a press briefing, according to the Yonhap News Agency.

Price added that the State Department is concerned with any cooperation between “two of the most acute proliferation threats the world faces—the DPRK, a regime that has, of course, already a nuclear weapons program, and Iran, a regime that has advanced its nuclear program in a way that is of concern to us.”

The United States and Iran are currently in negotiations to revive the Obama-era nuclear agreement, which former President Trump exited in 2018.

"So any cooperation between countries that have consistently and unapologetically flouted multiple U.N. Security Council resolutions, the international norms, who have engaged in malign and malicious behavior both in their respective regions and around the world, that is, of course, a concern to us," Price added, per Yonhap.

In addition, as reported by NK News, Price said that the United States “strongly supports” South Korea’s plans to engage North Korea and work towards denuclearization.

“Well, we strongly support the ROK’s aim to open a path for serious and sustained diplomacy with Pyongyang. Our shared goal, shared with the ROK as well as our other allies and partners, is the complete denuclearization of the Korean Peninsula, and we’ll continue to coordinate closely with the Yoon administration to this end,” Price said, per a transcript of the briefing.

“As part of that, we believe that a robust and effective trilateral relationship between and among the United States, the ROK, and Japan is critical both for our shared security and for advancing our common interests in defending freedom and democracy; upholding human rights; championing women’s empowerment; combating climate change; building more secure, resilient supply chains; promoting regional security and stability; strengthening the global nonproliferation regime, and bolstering the rule of law in the Indo-Pacific and across the globe,” he added.

Meanwhile, Yonhap reported that the United States and South Korea plan to hold preliminary drills in advance of their planned combined training exercises.

The purpose of the drills is to “ensure the condition for the stable push for the transition of wartime operational control (OPCON) through the assessment of the full operational capability (FOC),” South Korea’s Joint Chiefs of Staff said of the plans.

The United States, South Korea, and Japan also held a "trilateral missile defense exercise,” near Hawaii to follow up on the meeting held this summer by all three countries’ defense chiefs.