Would Biden’s Moral Interventionism Be Good for Peace in Korea? 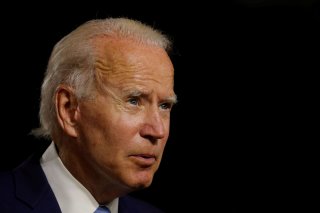 Presidents of the United States are not the sole authors of the American foreign policy. Once in power, they tend to change foreign policies less drastically than their presidential campaigns would suggest. Joe Biden, if elected, would be more moralistic, more interventionist, and his North Korea policies would be less interested in merely “getting along” with Kim Jong-un. Yet the transition from Trump to Biden, if it happens, may not change everything.

Biden’s approach to North Korea as President can be predicted based on his vice-presidential record. He has been a strong supporter of President Barack Obama’s normative approach to foreign policies: atrocity crimes of terrorists and dictators need to be resisted even if it is not in the direct self-interest of the United States. Consequently, the Obama-Biden foreign policy brought America to war against terrorists and dictators in Yemen in December 2009, in Libya in March 2011 and August 2016, in Mali in January 2013, and in Syria and Iraq in August 2014. Furthermore, campaigns against terrorists in Afghanistan, Somalia, and Pakistan were intensified during the Obama-Biden administration and a proxy war was launched against Syria’s dictator even before the campaign against the country’s terrorists. Reviewing the statistics from the Uppsala Conflict Data Program’s Georeferenced Event Database, one can see that the number of fatalities in U.S. wars increased from the last year of President George W. Bush’s administration to the last year of the Obama-Biden administration by 496%, as illustrated in the graph below. Despite the humanitarian aims, more civilians died in countries where the United States participated in war.

While Trump has not, despite his several promises and declarations, brought American troops home from moralistic wars, he has de-intensified them. The number of fatalities in American conflicts has declined from 2016 to 2019 by 44%, as illustrated in the graph below. Only in Afghanistan have fatalities continued to increase dramatically. Yet even there, after the U.S.-Taliban Peace Agreement of February 29, 2020, the number of U.S. fatalities has decreased.

In North Korea, Trump has not managed to bring Kim Jong-un to justice or destroy his nuclear weapons capacity. Instead, Trump has focused on getting along with Kim Jong-un. While this seems insufficient, only by improving the relationship can the United States reduce Pyongyang’s fears that, according to South Korea’s presidential advisor Moon Chung-in, partly motivates the North Korean build-up of nuclear weapons.

While it would be easy to sympathize with Biden’s moral aims to change North Korea and the rest of the world, the fact is that the United States is not in a legitimate position to change other countries. Trying to do so tends to escalate rather than de-escalate violence in the world as the record of the Obama-Biden administration shows. Furthermore, illegitimate moralistic efforts at regime change may indeed support Kim Jong-un’s dictatorship. When North Korea is threatened by foreign powers, its dictatorial efforts to tamp down dissidence are easier to justify. Thus, a Biden presidency would be bad for peace in Korea.

Timo Kivimäki is a Professor of International Relations at the University of Bath. He is author of Can Peace Research Make Peace? and of The Long Peace of East Asia.