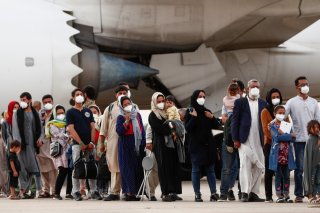 President Joe Biden has committed, for the time being, to a withdrawal of all U.S. forces from Afghanistan by August 31.

White House Press Secretary Jen Psaki explained Biden’s decision, noting that failure to withdraw by then would open the United States to attacks from the Taliban, which had earlier insisted on a full U.S. withdrawal by that date. Psaki announced that Biden had first relayed this decision to the Group of Seven (G7) nations.

In Psaki’s statement, she underlined that the United States was currently on track to finish its withdrawal by August 31, stressing that the withdrawal would include Afghan interpreters and other U.S. allies in addition to U.S. citizens.

Biden has had contingency plans drawn up, in case of delays or other complications. In his meeting with the G7, he theoretically left the option open of disregarding the Taliban deadline and continuing the U.S. withdrawal past the end of the month. However, the president emphasized in the meeting that there was a “very high” risk of violence if the Taliban’s deadline was not met.

While violence has largely subsided outside of the country’s northeast, where the Taliban continues to fight skirmishes against the still-independent Panjshir province, the situation in Afghanistan remains critical. The airport itself has been secured by U.S. troops, but the city of Kabul is now firmly under Taliban control, and the group has begun to exercise its authority, refusing to allow Afghan nationals to travel to the airport for evacuation.

In a press conference last week, the group’s long-time spokesman, Zabihullah Mujahid, promised an amnesty for Afghans who served under the United States during the nineteen-year war and said that the Taliban government would not pursue retribution. However, reports have surfaced in other provinces of Taliban fighters executing translators and other government workers, and U.S. officials have publicly stated concerns about potential reprisals against Afghans that the United States is unable to evacuate.

The evacuation effort has been ongoing for several weeks but has escalated noticeably since the fall of Kabul. On Tuesday, the White House reported that 12,700 people had been flown out of the airport by thirty-seven U.S. military planes, in addition to 8,900 via other coalition aircraft. The Pentagon has reported that one flight leaves the airport every forty-five minutes.

The United States has evacuated nearly 60,000 people since August 14, according to the White House.