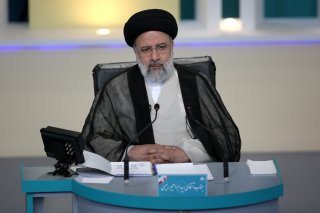 A massacre took place on September 30 in Zahedan, Iran, the New York Times reported. The massacre occurred after worshippers left the Great Mosalla prayer complex in Iran’s Baluch region and confronted security services. They chanted and threw rocks, at which point security services fired into the crowd.

“It was a massacre I had only seen in movies,” one witness told the newspaper. “They started shooting as people still had their heads bowed in prayer.”

The Times obtained video showing “how in detail an unbridled response by the security forces as the chaotic and bloody scene unfolded. In one video, men who appear to be snipers in plain clothes are seen on the police station’s roof firing into the street.”

Amnesty International issued its own report about Bloody Friday, as the massacre is being called.

“Iranian security forces unlawfully killed at least 66 people, including children, and injured hundreds of others after firing live ammunition, metal pellets and teargas at protesters, bystanders and worshippers during a violent crackdown after Friday prayers on 30 September in Zahedan, Sistan and Baluchistan province,” the Amnesty report said.

“Since then, another 16 people were killed in separate incidents in Zahedan amid an ongoing clampdown on protests. Evidence gathered from activists, victims’ families, eyewitness testimonies, and images and videos of the protests suggest the real death toll from Zahedan is likely to be higher.”

The crackdown came amid ongoing protests in Iran, including by women opposing restrictions on women’s freedom. It began when Mahsa Amini was arrested for violating Iran’s headscarf laws and then died in custody.

The violence followed reports that a Baluch teenager in the region had been raped by a police officer.

“The Iranian authorities have repeatedly shown utter disregard for the sanctity of human life and will stop at nothing to preserve power. The callous violence being unleashed by Iran’s security forces is not occurring in a vacuum. It is the result of systematic impunity and a lacklustre response by the international community,” Agnes Callamard, Amnesty International’s secretary general, said.

The White House issued a statement on October 3 sharply criticizing the crackdown.

“I remain gravely concerned about reports of the intensifying violent crackdown on peaceful protestors in Iran, including students and women, who are demanding their equal rights and basic human dignity,” President Joe Biden said.

“They are calling for just and universal principles, which underpin the UN Charter and Universal Declaration of Human Rights.  For decades, Iran’s regime has denied fundamental freedoms to its people and suppressed the aspirations of successive generations through intimidation, coercion, and violence. The United States stands with Iranian women and all the citizens of Iran who are inspiring the world with their bravery,” Biden added.