Can Iran Stop Israel’s Normalization with the Muslim World? 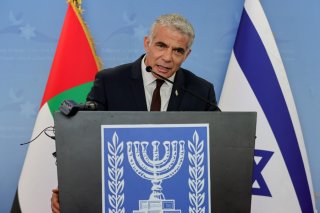 Since Iranian president Ebrahim Raisi came to office in August 2021, his administration has prioritized developing relations with Iran’s neighbors and regional states. Meanwhile, Israel, Iran’s sworn enemy, has also upped its diplomatic outreach to put pressure on the Islamic Republic.

For Israel, which has been isolated in the region for decades, interacting with its neighbors is about more than breaking its isolation. In addition to profiting from the opening of economic relations, Israeli engagement with the Middle East has largely been aimed at containing Iranian power and influence. This effort has also endeavored to undermine Iran’s relationship with Muslim countries that recognize Israel.

The possibility of an Iran-Israeli war has never been lost on Israeli and Iranian decisionmakers. Israeli leaders know that, if a war occurs, Iran has the upper hand due to its proxy military groups near Israel’s borders in Lebanon, Syria, and the Gaza Strip—in addition to those in Iraq and Yemen—while Israel’s bases are far from Iran and vulnerable to the latter’s missiles.

In response, Israel has recently accelerated its plans to strike Iran and threatened clandestine attacks. In an interview with the Walla news website, Lt. Gen. Aviv Kochavi, the Israel Defense Forces chief of staff, said that preparations for possible strikes on Iran are being intensified. It is notable that Israel needs to access the airspace of Iran’s neighbors for any possible attack against Iran. Access to the waters of the Persian Gulf would also be highly significant in any outbreak of hostilities on Iran’s south.

Some of Iran’s neighbors, including Pakistan, Afghanistan, Qatar, Kuwait, and Iraq, have no relations with Israel. Yet, in recent years, others have grown closer to Israel.

In August 2020, the United Arab Emirates and Bahrain officially opened political and economic relations with Israel and normalized their relationship in a U.S-brokered deal known as the Abraham Accords. The UAE’s economy minister said in September 2021 that the country is looking to strengthen its business ties with Israel to $1 trillion over the next decade.

Azerbaijan, another majority Muslim country, has formally recognized Israel since 1992. While Iranian officials have frequently emphasized that Iran will not tolerate Israel’s presence near its borders, some observers believe that the close military cooperation between Israel and Azerbaijan has galvanized the Islamic Republic.

“We do not tolerate the active presence of the Zionist regime in Azerbaijan against Iran’s security,” said Amir-Abdollahian.

Israel, in recent years, has sold a large number of Israeli-made drones to Azerbaijan. Moreover, Israel reportedly strongly supported Azerbaijan in its 2020 Nagorno-Karabakh War with Armenia. Azerbaijan’s military forces have been modernized by Turkey and Israel.

On the other hand, Iraq is a Muslim country and Iranian neighbor that has never had any formal diplomatic relations with Israel. Iraqi passports are invalid for travel to Israel, and Iraq supports the boycott of Israel by the Islamic world.

Israel recently has sought to normalize its relations with Iraq without success. In September, a conference was held in the Iraqi province of Kurdistan to promote closer ties between Iraq and Israel, which incited a hostile response from Iraq’s leaders. The global press reported that some of the participants were arrested.

IRGC Navy Commander Rear Admiral Ali Reza Tangsiri denounced Israel’s criminal activities, saying, “The illegitimate presence of the fake regime that has occupied al-Quds [Jerusalem] disrupts the security of this strategic region and will inflict heavy costs on it.”

Tangsiri stated that it is inappropriate for regional Muslim countries to allow the presence of the Zionist regime, which has occupied the al-Aqsa Mosque in Jerusalem.

While Israel is trying to encircle Iran, IRGC’s officials believe that Israel’s scrambles will not come to fruition. “Israel is trying to organize groups to gather information from Iran in Iran’s neighboring countries on the pretext of economic activities, but they do not know that none of the nations in the region are willing to tolerate such a situation, and this is one of the strategic mistakes of the enemy,” said Abbas Nilforoushan, deputy commander of the IRGC.

“We are looking for good relations with all the countries in the region, so we expect more coordination from the countries of the region in the current situation, and I think this plan of the Zionist regime would also fail by adopting such an approach,” he added.

Raisi has said that good neighborliness, the promotion of economic and trade ties, and activating border markets are among the central policies of the Islamic Republic. “We will not allow the Zionists to disrupt our ties with the neighbors,” Raisi stated. “The Iranian administration sees no problems in relations with the country’s 15 members [Iran’s neighbors],” he added.

In a wily strategy, Iran could increase its cooperation with its neighbors, especially countries that have no relations with Israel, such as Pakistan, Iraq, Qatar, Oman, Afghanistan, and Kuwait, and establish a strong coalition against Israel. Furthermore, the alliance could centralize the Palestine issue and galvanize the feelings of Muslims against Israel's occupation.

Thus far, Muslim countries such as UAE and Azerbaijan have not been deterred from building ties with Israel by fears that they will be isolated by the Islam community.

Nonetheless, Iran’s best path to thwarting Israel’s plans is to focus on the Palestine issue. For a long time, the Palestine issue has relatively been forgotten in Islam’s world, and the problem is not a priority. However, in recent years, Iran, as a strong supporter of Palestinians, has spent its energy and time on bilateral tensions with the United States and in international negotiations over its nuclear program. The persistence of this issue will likely continue to further Iran’s regional isolation.