Doubling Down on the Middle East Will Cost America 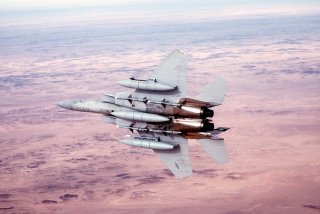 With President Joe Biden ready to abandon his public arms-length approach to Saudi Arabia, some advocates of closer ties between Washington and its regional partners have advocated for Biden to make bold new military and strategic promises to Riyadh. These calls follow rising anxieties about whether America’s Middle East partners remain committed to the American-led order after Russia’s invasion of Ukraine led many of them to hedge. Many in Washington are used to discussing U.S. relations with Middle East partners on their own terms, but a reassessment is in order in this new era of Great Power Competition.

With its view of international affairs largely constructed from Cold War experiences, American foreign policy thinkers put a premium on building long-term alliances. They believe in overinvesting in relationships expecting that their allies will develop a corresponding commitment to a Western world order anchored and led by Washington. In regard to its more democratic allies in Europe and the Far East, this is largely true—but not in the Middle East. Despite decades of heavy American strategic, military, diplomatic, and economic investment in its Middle Eastern partners, it is increasingly clear that, far from forming a pro-American bloc against China and Russia, America’s Middle East partners are courting their presence.

Biden administration officials came into office declaring their intention to lower the priority of the Middle East in American foreign policy calculations and instead shift assets and attention toward the Far East. However, while the administration feels that it needs to shift away from the Middle East to balance against Russia and China, it recognizes that it lacks the adequate capacities to do so while continuing to pursue regional primacy behind an alliance between the Gulf Cooperation Council (GCC) and Israel—to which Iran and its allies present the most important barrier. Now the United States must either increase its already exorbitant commitment to its regional partners and their ambitions, undermining its efforts to balance against China and Russia, or focus on Great Power Competition and risk losing the Middle East ambitions it spent decades investing in.

For many years, many moderate American foreign policy thinkers have been warning the United States that its current policy of trying to achieve hegemony behind the GCC-Israeli alliance network is not viable and excessively costly. There are many different versions of this argument, but much of it distills down to the idea that picking sides in the Middle East’s conflicts undermines America’s ability to shape events. As Harvard’s Stephen Walt said, “…we back some countries … to the hilt. Don’t talk to the others, which means the former take us for granted. And we have no influence with the latter.”

The solution these scholars and practitioners argue for is downgrading the U.S. relationship with the GCC-Israeli alliance and establishing some sort of working security relationship with Iran and its allies. So far, the U.S. government, in successive administrations, has ignored these pleas and the Biden administration looks to be no different. The Biden administration is simply not ready to take on the challenge of reorienting U.S. policy towards the Middle East away from decades business-as-usual policymaking when its allies are threatening to establish stronger ties with Beijing and Moscow.

This is what makes American foreign policy in the Middle East strategically insolvent. Essentially, Great Power Competition both requires Washington to make substantial changes to its policy in the Middle East while also making it extremely difficult to dedicate the resources necessary to mold a new policy paradigm. The administration is also concerned about seeming unreliable and facing a wave of criticism from pro-Israel members of Congress and a U.S. media that has been long conditioned to see Iran as a stalwart enemy.

Biden pursued the presidency promising to make Saudi Arabia a “pariah.” Ultimately, that did not come to pass. While the president has so far maintained some public distance from Saudi Arabia, the level of material support Washington has provided Riyadh does not seem to have changed considerably. Despite the vague claim about not supporting Saudi Arabia’s “offensive operations,” the US continues to supply Saudi Arabia with arms and enable its military operations in Yemen. While administration officials claim that they have eliminated some forms of support for Saudi operations in Yemen, they acknowledge that American firms are still being allowed to provide services for Saudi warplanes. Saudi Arabia assumed that Donald Trump’s withdrawal from the Joint Comprehensive Plan of Action meant that the United States would protect it in the context of the geopolitical tensions that would accompany the “maximum pressure” campaign. Riyadh learned in 2019 that that was not the case. Saudi Arabia is now supporting the Biden administration’s efforts to reconstitute the nuclear deal.

America’s Middle East allies are likely calculating that while the high point of U.S. support for them under Trump was underwhelming in terms of actually advancing their interests, the low point under Biden will still provide them with significant U.S. support while leaving them free to court emerging powers like Russia and China. Their assumption, and one that seems to be coming to fruition, is that American support will remain above a certain threshold owing to the strength of their lobbying and power over knowledge production in Washington, how deeply ossified anti-Iran sentiment is in the American foreign policy community, and general policy inertia. The fact that Biden is unable or unwilling to come to some arrangement with the sanctioned major oil producers like Iran and Venezuela and must instead plea with Riyadh to increase production speaks to the rigidity of foreign policy decisionmaking dynamics in Washington.

Biden presented himself to the American public as the man whose dedication to democracy and the rule of law made him the ideal candidate to bring America back from the brink of populist autocracy. On the global stage, he framed Great Power Competition not as a geopolitical fight among aspirant hegemons but as a moral battle between the forces of democracy and authoritarianism. Obviously, a public embrace of the Saudi regime in Riyadh would create a visual inconsistent with these narratives. That is probably the single most important casualty of Biden’s upcoming excursion to the Middle East.

The Biden administration will continue to provide general assurances to its Middle Eastern partners and provide some new concessions in the hope of maintaining the current situation, however uneasy it may be. Senior U.S. officials have also been dispatched to the region to provide assurances in person and apologize for perceived slights. Biden seems resigned to publicly embracing Saudi Arabia but with America’s expanding international challenges in stark relief in Eastern Europe, making vast new security commitments is unlikely.

In the meanwhile, the Biden administration’s Middle East policy is one defined by continuity, not by change. This trend will not contribute to U.S. security or meaningfully grapple with the structural problems in America’s Middle East policy. It will, however, maintain an expensive status quo. U.S. policy in the Middle East has always been a cost-intensive misallocation of resources. But in a firmly unipolar world over the last number of decades, the United States could afford to be wasteful with its attention and strategic capacities. Moving forward, Washington’s misadventures in the Middle East will be at least as costly, but in the context of Great Power Competition, the cost will increasingly harm American interests.

Ali Ahmadi is a scholar of sanctions and geoeconomics. He is currently an Executive Fellow at the Geneva Center for Security Policy (GCSP) and a Research Fellow at the Brussels-based Vocal Europe foreign policy think tank. You can follow him on Twitter and Linkedin.