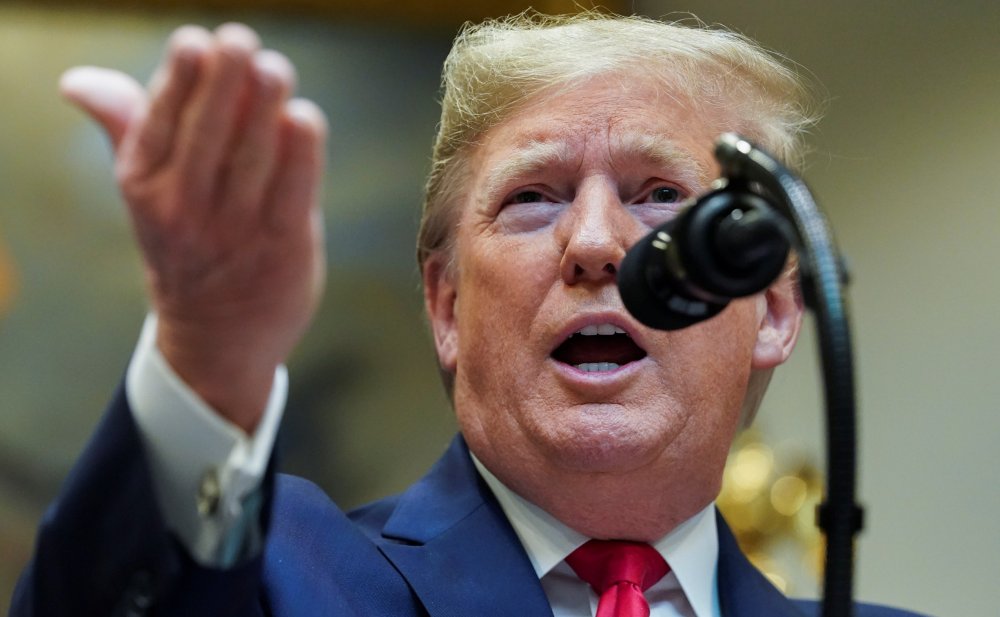 The House of Representatives voted 224–194 to restrain the president’s ability to wage war on Iran, as Democrats evoked the leadup to the 2003 invasion of Iraq, and Republicans called for revenge against Iranian actions during that same war.

Thursday's debate on the House floor revealed two different versions of the war in Iraq. For Democrats, the 2003 invasion was a disastrous misstep. But for hawkish Republicans, past Iranian support to Iraqi insurgents during that war only proved Iran’s malign nature.

Democrats questioned the intelligence behind President Donald Trump’s decision to assassinate Maj. Gen. Qassim Suleimani, the top Iranian commander in the Middle East. Iran’s retaliation, a missile strike on U.S. bases in Iraq, did not kill any Americans, but fears of future escalation prompted the House to pass legislation limiting Trump’s ability to wage war.

“We remember the stories about weapons of mass destruction in Iraq,” Rep. Jim McGovern (D-Mass.) said. “We remember the tens of thousands of American soldiers who paid the price for that deception.”

“I have often heard folks say that now is not the time to discuss the use of force or decision to send our men and women to fight. I heard that in 2003 when I was carrying a rifle in Baghdad,” Rep. Jason Crow (D-Colo.) said. “In the last nineteen years, more than seven thousand Americans have given their lives in these conflicts.”

Rep. Sheila Jackson Lee (D-Texas) brought up her own opposition to that war: “Proven right. Endless war. Continuous loss of life. Our treasure. Young men and women, and many injured.”

But some Republicans had a different view of the war in Iraq—and blamed Iran and Suleimani for the American loss of life.

“I don’t think we can overstate in this body how gruesome, how advanced, how effective the explosive devices that [Suleimani] poured into their militias were,” Afghan War veteran Rep. Michael Waltz (R–Fla.) argued. “Hundreds of American troops were killed, many of them scarred for life.”

“I knew who Suleimani when I was in Iraq. We were targeted by rockets every single day from Iranian proxies trained in and funded by Iran, and led by Iranian commanders,” Rep. Don Bacon (R–Neb.) added. “This is justice for the 609 families who had a son or daughter murdered by this guy and those missing an arm or a leg because of his savagery.”

The Trump administration has claimed that Iranian support for Iraqi insurgents was responsible for 608 deaths in Iraq.

“Instead of acknowledging those who have spent years confronting the Iranian threat network directly, my colleagues in Congress seek to undermine them” he shouted. “Instead of unity and resolve in the face of a clear and common enemy, we have division and self-self doubt. What’s worse, that division has been soured from the leadership in this very body.”

The resolution’s author, Rep. Elissa Slotkin (D-Mich.), responded with her own experience as a CIA analyst focused on Iraqi militias.

“I served multiple tours in Iraq. Three tours,” she said. “I have watched friends and colleagues hurt or killed by Iranian rockets, mortars, and explosive devices.”

“We have been at war for nearly two decades, which has spanned both Democratic and Republican administrations,” Slotkin concluded. “Congress has long abdicated its responsibility, as laid out in the Constitution, to our troops when it comes to authorizing war.”

Her resolution “directs the President to terminate the use of United States Armed Forces to engage in hostilities in or against Iran or any part of its government or military” without a declaration of war from Congress.

Rep. Matt Gaetz of Florida was the lone Republican voice in favor of the resolution. “I represent more troops than any other member of this body. I buried one of them earlier today at Arlington,” he said. “If members of our armed services have the courage to go fight and die in these wars, we in Congress ought to have the courage to vote for or against them.”

All but eight Democrats voted for the bill. Only three Republicans voted for it, along with Rep. Justin Amash, a former Republican who now represents Michigan as an Independent.

Speaker of the House Rep. Nancy Pelosi (D–Calif.) emphasized that the resolution was a “statement” by Congress, which has the sole power to declare war under the Constitution.

It is unclear whether enough Republicans in the Senate would vote for the Democratic resolution. Sen. Mike Lee (R-Utah) emerged from a classified briefing on Wednesday night so frustrated with the Trump administration’s conduct that he promised to cosponsor the resolution.

Administration officials had argued that the 2002 authorization for the use of military force in Iraq justified killing Suleimani, according to Sen. Rand Paul. The Kentucky Republican called the legal argument an “insult.”

The latest round of hostilities between the United States and Iran began when an Iranian-backed militia in Iraq killed an American translator named Nawres Hamid in a rocket attack on a military base on December 27. U.S. forces responded by killing twenty-five Iraqi militia members, whose supporters then surrounded and attacked the U.S. Embassy.

Trump surprised Congress by ordering Suleimani’s assassination. Administration officials claimed that Suleimani posed an “imminent” threat but many members of Congress were not convinced by the intelligence that the Trump administration presented.

Lee said that the message from the administration was, “we need to be good little boys and girls, and run along, and not debate this.”

Rep. Ro Khanna (D–Calif.) and Sen. Bernie Sanders (I-Ver.) proposed their own bill that would block any funding for further offensive military action against Iran.

“Let’s be clear,” Khanna said during a Thursday morning press conference. “The power of Congress is the power of the purse.”

“Suleimani has blood on his hands. Suleimani is a bad actor. Suleimani killed Americans. That’s not the debate,” he added on the floor of the House. “The debate is whether America should get into another war in the Middle East.”