How Iran’s Ali Akbar Mohtashamipur Made the Modern Middle East 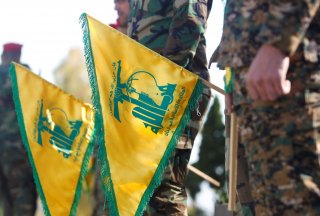 “Joseph Stalin,” Charles de Gaulle famously observed, “didn’t walk away into the past, he dissolved into the future.” Stalin, the French leader said, was a harbinger of what was to come; the brutal Soviet system he helped build and perfect would outlive him.

While nowhere near as well-known or as powerful, the same could be said for Ali Akbar Mohtashamipur, who died in Tehran on June 7, 2021, at the age of seventy-four. A Shi’ite cleric and acolyte of regime founder Ayatollah Ruhollah Khomeini, Mohtashamipur died from complications relating to Covid-19. His legacy, however, did not die with him.

Obituaries in Western news outlets noted that Mohtashamipur was a founder of Hezbollah, the Iranian-backed, U.S.-designated terrorist group that rules Lebanon. But Mohtashamipur was more than a founding father of one of the world’s largest terrorist organizations. He was, in fact, one of a handful of men who built the modern Middle East. And both Iran and the region are the worse for it.

Born in Tehran in 1947, Mohtashamipur studied in the holy city of Najaf in Iraq, where he was mentored by the exiled firebrand cleric Ruhollah Khomeini, who resided in the city from 1965 until 1978 when he was expelled by Saddam Hussein. After a brief interlude in Paris, Khomeini would return to Iran in February 1979 and begin constructing a theocratic dictatorship.

Importantly, like revolutionary despots before him, Khomeini did not view the Islamic Revolution as being limited to Iran’s borders. As he once declared, “We don’t recognize Iran as ours, as all Muslim countries are a part of us.” As analyst Ray Takeyh noted in his 2009 work, Guardians of the Revolution, Khomeini sought to make Iran into the “epicenter of a new Islamic order, seeking allies wherever Muslims existed, irrespective of sectarian division or ethnic differences.” It was to be a “revolution without borders, whose appeal would not be limited by boundaries, cultural differences and national sensibilities.”

In his first speech as Iran’s supreme leader, Khomeini declared that “Islam has been dying or dead for 1,400 years,” but now “we have resurrected it with the blood of our youth. Very soon,” he insisted, “we will liberate Jerusalem and pray there.”

Mohtashamipur would prove to be essential in exporting Khomeini’s dream.

The young Iranian had been working at Khomeini’s behest to establish ties in the Muslim world since 1973 and had spent a great deal of time in Lebanon, where he linked up with Yasser Arafat’s Palestine Liberation Organization (PLO). Khomeini had hoped to create a revolutionary army that was modeled after the Algerian National Liberation Front.

At training bases in Lebanon, the PLO taught Khomeini’s supporters “the arts of sabotage, intelligence operations and terror tactics,” Ronen Bergman recounted in his 2018 history of Israeli intelligence services, Rise and Kill First. “It was Mohtashamipur,” Bergman noted, “who wove the alliance with the PLO that led to the acceptance of Khomeini’s men” into the training camps. By 1979, hundreds of Shi’ites were being trained in Lebanon as part of Khomeini’s guerilla army, forming the nucleus of the Islamic Revolutionary Guard Corps (IRGC).

The IRGC Quds Force, built with Mohtashamipur’s invaluable assistance, would become the keepers of Khomeini’s flame, spreading the supreme leader’s fiery vision well beyond Iran’s borders and long after the cleric’s 1989 death.

Both the IRGC and Mohtashamipur would be key in creating another long-lasting institution of terrorism: Hezbollah.

In 1982, Khomeini named Mohtashamipur to be the Islamic Republic’s ambassador to Syria. But Mohtashamipur’s role would go beyond that of a regular diplomat. The ambassador, Bergman writes, was “covertly … also a senior member of the Revolutionary Guards, receiving direct orders from Khomeini and commanding a huge number of personnel and a budget of millions of dollars a month.”

At the time Lebanon was still immersed in a civil war, and much of the country was controlled by Syrian president Hafez al-Assad. A key part of Mohtashamipur’s new role would be striking a deal with the Syrian strongman that would allow Khomeini’s revolutionary forces to operate effectively in the country.

Assad was initially reluctant to strike an alliance. As Bergman noted, the dictator “feared that the Islamist rage [that] Mohtashamipur was inciting would ultimately prove uncontrollable and be turned against his own regime.” But following Syria’s poor battlefield performance against the Israeli Defense Forces (IDF) in Lebanon, he changed his mind. It is also likely that Assad’s rivalry with Saddam Hussein’s Iraq, which was then at war with Khomeini’s Iran, played a role.

By July 1982, Iran and Syria had signed a military alliance that allowed the IRGC—under Mohtashamipur’s command—to operate in Lebanon. As part of that agreement, Iran began supplying aid to Lebanon’s Shi’ite population—establishing a foothold in the country that has, like a cancer, spread and corrupted the entire state.

The men being armed and trained in Lebanon would soon be gifted with a name from Mohtashamipur: Hezbollah (Party of God).

It wasn’t long before Iranian-backed forces were launching attacks against Israel and the United States. On November 11, 1982, Hezbollah launched an attack on IDF forces in Tyre, murdering seventy-six Israelis and twenty-seven Lebanese. And Iranian-backed militias would similarly launch a campaign against Israel’s allies, torturing and murdering U.S. officials and blowing up the military barracks housing American and French service members in October 1983, murdering more than three hundred people. An April 18, 1983, attack on the U.S. embassy in Beirut murdered sixty-three.

The Israelis themselves were initially slow to grasp the threat—or where it was emanating from. As one intelligence operative told Bergman, “For a long time we never realized that the significant activity was coming out of the office of Mohtashampir in Damascus.” By late 1983, however, Israeli prime minister Yitzhak Shamir signed off on a “Red Page” approving the assassination of Mohtashamipur.

The attempt, carried out via a “mail bomb” delivered on Feb. 14, 1984, failed—but injured the Iranian operative’s hand, eye, and ear, leaving him disfigured. But, Bergman noted, it “had come too late: The ragtag army of impoverished Shi’ites that Mohtashamipur had begun organizing a decade earlier was by then a huge organization.”

Mohtashamipur would recover and go on to serve as an interior minister in Khomeini’s government. But his political fortunes would wax and wane, falling in and out of favor with the governments under Khomeini’s successor, Ayatollah Ali Khamenei. But for both the region and Iran, the die was cast—and Mohtashamipur helped mold it.

As military historian David Crist highlighted in his 2012 book The Twilight War, “many of the future leaders of the Iranian military earned their spurs as part of the initial vanguard of guardsmen in Lebanon,” including future defense minister Ahmad Vahidi.

Today, Hezbollah de facto controls Lebanon. And the Syria-Iran alliance—the so-called “Axis of Resistance”—has only deepened under Hafez Assad’s successor and son, Bashar. Iranian proxies control the Gaza Strip and much of Yemen, and Tehran exerts a decisive influence in Iraq.