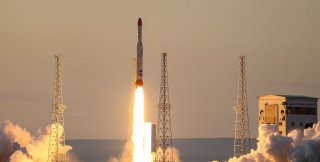 An attempted space launch in Iran on Thursday failed to put its three satellites into the required orbit, according to an official from the country’s ministry of defense.

Ahmed Hosseini, the ministry’s spokesman, told Iranian state-run television that the rocket had been unable to reach the necessary speed to propel its cargo into a sustainable orbit.

Hosseini also suggested that the Thursday launch was simply intended as a “preliminary launch” to gather further data on launch conditions.

The failure on Thursday is the latest in a string of similar failures, in which small technical problems have prevented Iranian satellites from reaching orbit. However, Iran has successfully launched satellites in the past. In 2005, the Iranian Space Agency placed the “Sina-1” satellite into space with Russian assistance, making Iran the forty-third country to successfully launch a satellite. More recently, the space program separately operated by the Islamic Revolutionary Guard Corps (IRGC) successfully placed a satellite into orbit in 2020.

Iran’s missile program is one of the largest and most sophisticated in the Middle East. Several Western countries have accused Tehran of engaging in the attempted satellite launches as a cover for further development of missiles intended for weaponized use.

The timing of the satellite launch drew criticism from the United States, France, and Germany, who argued that it was intended as a hostile message to nuclear negotiators in Vienna, Austria. In the past, Germany has called on Iran to suspend its attempts at launching satellites, claiming that the launches violated a UN Security Council resolution imposed against Iran’s missile program.

French officials concurred, arguing on Friday that the launches were “all the more regrettable as they come at a time when we are making progress in the nuclear negotiations in Vienna.”

Tehran has denied that its activities violate the UN resolution and has insisted that its space program is being carried out for peaceful purposes only.