Israel Has Been Essential to Jordan’s Survival 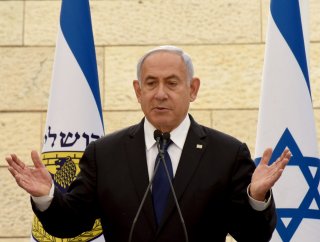 “The Middle East,” Winston Churchill observed in 1958, “is one of the hardest-hearted areas in the world. It has always been fought over and peace has only reigned when a major power has established firm influence and shown that it will maintain its will.” Churchill’s observation holds true when it comes to the Hashemite Kingdom of Jordan. But while major powers like the British Empire and subsequently the United States have helped ensure Jordan’s survival, Israel’s efforts have been no less important.

Yet, the Jewish state’s role in ensuring Jordan’s stability has gone unrecognized. Indeed, some commentators have even blamed Israel for recent instability in the Hashemite Kingdom.

On April 3, 2021, Jordan announced that it had foiled an attempted coup, arresting as many as twenty people and temporarily restricting the movements of former crown prince Hamzeh bin Hussein, who was reported to have been involved in an alleged plot to unseat his older half-brother, King Abdullah II. The news stunned many Western observers of the Middle East.

The details of what exactly transpired remain shrouded in mystery and subject to speculation. But this didn’t stop Carl Bildt, a former Swedish prime minister and UN official, from blaming Israel.

On April 9, 2021, Bildt tweeted that “the stability of Jordan is fundamental to the security of the Middle East. But under pressure from Israel’s occupation policies, civil war in Syria and fundamentalist forces in the region it is a fragile place.” Yet, the Swedish politician’s attempt to blame Israel’s “occupation policies” doesn’t pass muster.

In fact, Jordan has been fragile since its birth, one hundred years ago this month, as the British-created Emirate of Transjordan. At the time, the Great War had resulted in the dissolution of the Ottoman Empire and much of the Middle East was a hotbed of discontent, where great powers like France and Britain jockeyed for influence.

By the early 1920s, Britain was war-weary and trying to reduce the footprint, economic and otherwise, of its military presence in the Middle East—while simultaneously contending with revolts in Egypt and what is today Iraq. British officials searched for solutions at a conference held in Cairo in March 1921.

“Disorder,” the late historian David Fromkin observed, “was endemic” in the land that would become today’s Jordan. The Chief of Britain’s Imperial General Staff felt that holding the land was impossible without sending in two more battalions, “which of course we have not got.”

During the Cairo Conference, news was received that Abdullah, the second son of the Sharif of Mecca and self-proclaimed King of the Hejaz Hussein bin Ali, was encamped with a few hundred warriors and boasting of going to Damascus. French forces had previously expelled Abdullah’s older brother Faisal in July 1920 after he had set up and declared an Arab Kingdom of Syria.

Hussein bin Ali and his sons had supported the British war effort in World War I. And it was partially in recognition of that service that British officials at the Conference decided to install Faisal on a throne in the newly created kingdom of Iraq and make Abdullah ruler of the newly invented nation of Transjordan. Doing so, it was felt, would reward Hussein and his clan, while simultaneously discouraging them from stirring up further problems with the French.

As Winston Churchill, then serving as the Secretary of State for Colonies, put it: “with the stroke of a pen one Sunday afternoon in Cairo” he had created the kingdom of Transjordan, which had originally been part of the Mandate for Palestine created at the San Remo Conference in 1920.

Initially installed as a temporary governor, Abdullah succeeded in restoring order to the area. But his close relationship to the British, as well as his origins in the far-away Hejaz, meant that his legitimacy—and that of the Hashemite Kingdom itself—rested on shaky ground.

Yet it was precisely these qualities that had recommended Abdullah for the part. As one of Churchill’s advisers, T.E. Lawrence, the famed “Lawrence of Arabia” noted, Abdullah was ideal because he was a “person who was not too powerful, and who was not an inhabitant of Trans-Jordania, but who relied upon His Majesty’s Government for the retention of his office.”

During the 1936-1939 Arab revolt in the British-ruled Mandate of Palestine, the fascist-backed forces of the Palestinian leader Amin al-Husseini sought to spread the rebellion into Transjordan—even going as far as unsuccessfully planting a bomb in Abdullah’s palace. Husseini coveted Abdullah’s kingdom and his henchmen would succeed in murdering the emir in 1951.

Although Husseini wouldn’t succeed in controlling the Kingdom, his heirs, ideological and otherwise, would haunt the Hashemites for decades to come. Husseini’s Islamist compatriots, the Muslim Brotherhood, have continued to pose a threat to Jordan’s stability, achieving both popularity and parliamentary success. A distant cousin of Husseini, Yasser Arafat, also sought to overthrow the late King Hussein, the current king’s father, in 1970.

That coup was successfully thwarted, but only after bloody street battles between the Jordanian Army and Arafat’s Fatah movement. For a while, however, the Kingdom seemed to be hanging on the precipice and the United States even requested Israel to intervene. King Hussein himself had even asked for Israel’s air force to attack Syrian forces which had crossed Jordan’s northern border to assist Arafat’s forces.

In fact, Israel and Jordan had a long history of covert ties and occasional cooperation which predated the former’s recreation in 1948.

On the eve of the 1948 War, Israeli emissary Golda Meir sought—unsuccessfully—to discourage Transjordan from joining in the Arab effort to destroy the fledgling Jewish nation. In 1967, the situation repeated itself before the Six-Day War. Yet, in 1973, King Hussein warned then-Prime Minister Meir that Egypt and Syria were plotting what became known as the Yom Kippur War.

Indeed, although Israel and Jordan had previously been enemies on the battlefield, the period after the 1967 Six-Day War has actually witnessed a trend toward growing cooperation, culminating with the formal establishment of relations in 1994. Much of that cooperation has been aimed at thwarting shared Palestinian terror threats.

Fatah’s assassination of Jordanian prime minister Wasfi al-Tel in Cairo on Nov. 28, 1971, resulted in “Jordan’s willingness to cooperate with Israeli security in pursuing Palestinian terror squads and liquidating their commanders in various locations outside the Middle East,” Benny Morris and Black note in their 1991 work Israel’s Secret Wars.

Covert cooperation between intelligence services has continued, but relations between the two nations haven’t been without tensions. In September 1997, the Mossad attempted to kill a top Hamas operative, Khaled Meshal, who was living in Jordan. The botched operation—and Jordan’s continued willingness to host other terrorists like Ahlam Tamimi, responsible for the 2001 Sbarro pizza bombings that murdered fifteen people—have strained ties.

Yet, the Jewish state’s stability—unique in the region and unique among Jordan’s neighbors—also benefits Amman. Despite its inherent fragility, the Hashemite Kingdom has proven to be more enduring than many observers have anticipated. Recent events, however, show that the Kingdom shouldn’t be taken for granted. And pretending that Israel’s “occupation” is somehow responsible distracts from where the focus should be: on Jordan itself.

The writer is a Senior Research Analyst for CAMERA, the 65,000-member, Boston-based Committee for Accuracy in Middle East Reporting and Analysis.