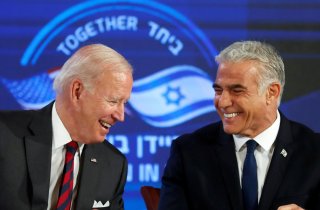 A new strategic era is dawning in the Middle East, marking an end to two decades of diplomacy aimed at preventing the appearance of another nuclear weapons state in the region. In its place, a new type of nuclear diplomacy, led by Tehran, Washington, and Jerusalem, is trying, against the odds, to construct a twenty-first-century framework of nuclear stability in the Middle East.

Since Israel’s concerns about Iran’s nuclear pretensions were first aired in the 1990s, diplomatic efforts have focused on establishing limits aimed at preventing Iran from obtaining the components necessary to produce nuclear weapons, with a focus on uranium enrichment.

The Joint Comprehensive Plan of Action (JCPOA) was the most successful effort in this direction. The Trump administration repudiated the 2015 deal in 2018. In its place, it chose to apply a policy of “maximum pressure” against the government in Tehran.

The Biden administration in turn has sought to put Humpty Dumpty back together again. But, in an era when everything has changed except the terms of the 2015 agreement, those efforts have come to naught. Brett McGurk, President Joe Biden’s Middle East coordinator, recently acknowledged that the European-led effort to resuscitate the agreement was “highly unlikely” to succeed.

But it was Biden himself who, during his trip to Israel in July, hammered the final nail in the JCPOA’s coffin. The so-called Jerusalem Declaration, announced with great fanfare, charts a new, post-JCPOA course for U.S. nuclear diplomacy towards Iran, while offering the opportunity to establish elegant if unstable rules of the game aimed at preserving the ambiguity of Iran’s nuclear weapons aspirations.

The U.S.-Israel Strategic Partnership Joint Declaration makes extraordinary U.S. commitments, even as it sets out a way for Iran to avoid their implementation.

The document reaffirms that the heart of the security relationship between the United States and Israel is the longstanding “unshakeable U.S. commitment to Israel’s security, and especially to the maintenance of its qualitative military edge (QME).”

QME is diplomatic shorthand for a bargain first sealed in the 1960s when the United States promised to ensure Israel’s conventional military superiority in the region and stop efforts to place Israel’s nuclear fuel cycle under international inspection. In turn, Israel promised to officially maintain ambiguity about its nuclear weapons arsenal. This resulted in a promise by Israel never to be the first to “introduce” nuclear weapons into the Middle East—a pledge that Israel has arguably kept for five decades.

The Jerusalem Declaration also makes an extraordinary and all-but-unprecedented U.S. commitment, “to use all elements of its national power” to ensure that “Iran does not acquire a nuclear weapon.”

Note the use of the word “weapon”—a telling indicator of Washington’s core concern. By implication, Washington is offering Iran the opportunity to avoid a strike by all elements of U.S. power as long as it does not overtly weaponize its nuclear capabilities,

The Biden administration suggests to Iran a tantalizing, implicit compromise:

“Master the nuclear fuel cycle s’il vous plait, but if you must go nuclear, keep your bomb in the basement—as Israel does—and we’ll keep our weapons and Israel’s holstered.” If you are not deterred, however, and openly pursue a weapons program, the United States will use all means at its disposal, not excluding nuclear weapons themselves, to prevent you from getting the bomb.”

With Biden at his side, Prime Minister Yair Lapid declared that “Diplomacy will not stop [Iran]. The only thing that will stop Iran is knowing that if they continue to develop their nuclear program, the free world [aka the United States] will use force. The only way to stop them is to put a credible military threat on the table.”

Addressing the Israel Atomic Energy Commission, Lapid also took advantage of the occasion to articulate the long-held commitment to nuclear ambiguity, another key element of the Washington Declaration. Lapid referred to Israel’s “defensive and offensive capabilities, and what is referred to in the foreign media as ‘other capabilities.’”

Although the Jerusalem Declaration makes clear that Washington and Jerusalem are singing from the same songbook, there are still significant and potentially destabilizing gaps. Israel can never wholeheartedly agree to U.S. policies regarding Iran, if only to maintain its freedom of action should policies diverge.

In a warning addressed as much to Washington as Tehran, Lapid warned, “It should not be a bluff, but the real thing the Iranian regime must know that if they continue to deceive the world, they will pay a heavy price.”

Iran quickly demonstrated that it too understands the new post-JCPOA rules of the game, in which an Iranian program short of weaponization and a doctrine of nuclear ambiguity are critical, stabilizing elements.

Kamal Kharazi, the head of Iran’s Strategic Council on Foreign Relations and a top aide to Iranian supreme leader Ali Khamenei, acknowledged that Iran indeed has the ability to produce a nuclear weapon, but it is choosing not to do so.

Kharazi told Al Jazeera’s Arabic channel that “It is no secret that we have the technical capabilities to manufacture a nuclear bomb, but we have no decision to do so.

“In a few days, we were able to enrich uranium up to 60 percent, and we can easily produce 90% enriched uranium.”

President Ebrahim Raisi, for his part, appears to be prepared to accommodate the new era’s roadmap set out by Biden and reaffirmed by Lapid. He is reportedly being pressed by the Islamic Revolutionary Guard to disseminate long-sequestered technical documents to enable the creation of a nuclear weapons program. However, he has refused to comply as long as Washington and Jerusalem refrain from military action against its nuclear and other vital national infrastructure.

It is still far too early to evaluate the prospects of the new nuclear order inaugurated by Biden’s Jerusalem Declaration. What is clear however is that the search is on to establish an effective successor to the JCPOA.

Geoffrey Aronson, a non-resident fellow at the Middle East Institute, is former security and political advisor for the EU in Palestine who has written widely on strategic issues in the Middle East.