The Next Supreme Leader: Is Iran’s Ebrahim Raisi Destined for Greatness? 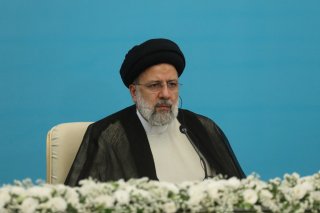 This month marks the first anniversary since Ebrahim Raisi took office as Iran’s president. His ascent to the position raised speculation that Supreme Leader Ayatollah Ali Khamenei was grooming Raisi as his successor. But one year into his administration, criticisms of Raisi are mounting and he appears disconnected from critical files that consumed much of the time of his predecessors. This raises questions as to his stock as a future supreme leader.

At the time Raisi became president, many observers posited that he was Khamenei’s heir by virtue of his resume. He is the rare sitting official in the Islamic Republic to have commanded two branches of government in his career—first the judiciary and then the presidency—and his elevation would be reminiscent of Khamenei’s own path from the presidency to the supreme leadership. One year into his term, however, it is clear that Raisi’s mounting political baggage is becoming a liability.

Raisi’s troubles in his first year as president fall into three categories: an intra-conservative firing squad; unmet economic expectations; and ministerial drama. Conservative elements in the Iranian political establishment, from which Raisi hails, have criticized his performance over the last year. Pundits say his government is weak. Conservative politicians complain that Raisi does not understand basic economics and there have been rising tensions between Speaker of Parliament Mohammad Bagher Ghalibaf and the president. Other Raisi critics like the editor of the Jomhouri Eslami newspaper have even called on Raisi to resign if he is unable to solve economic problems.

Raisi’s soaring promises—creating one million jobs per year, reducing inflation, and an 8 percent gross domestic product (GDP) growth rate—seem wildly out of reach. The unemployment rate for Iranians aged eighteen to thirty-five was 16.6 percent in the first quarter of the current Iranian calendar year, representing a 1 percent year-on-year increase. Over the same period, for Iranians aged fifteen and over, the jobless rate was at 9.2 percent—which was a 0.4 percent year-on-year increase. Inflation has reached record highs. In the Iranian calendar month ending on June 21, the monthly inflation rate was 12.2 percent, with a point-to-point rate of 52.5 percent. The International Monetary Fund projects 3 and 2 percent real GDP growth rates in 2022 and 2023, respectively. Thus, his soaring rhetoric has not matched the dismal reality on the ground.

Minister of Labor, Welfare, and Social Affairs Hojjatollah Abolmaleki had to resign in June to avoid a planned impeachment, and, as has been the case with his predecessors, parliament has been considering impeachment for multiple other cabinet ministers, including the minister of industry and the minister of economy.

Raisi’s foreign adventures have not fared any better. During the presidential debates in 2021, Raisi supported reviving the Joint Comprehensive Plan of Action (JCPOA), suggesting that the Islamic Republic needed a “powerful government” to do so. Since then he has committed himself to neutralizing and lifting sanctions, with a stronger focus on the former and deemphasizing the latter. But the decision to re-enter the JCPOA isn’t his to make. Final authority rests with Iran’s supreme leader, with the president an implementer and marginal influencer of the Iranian system’s policies in this regard. And, to date, Khamenei does not appear interested in returning to the nuclear deal on reasonable terms.

Nevertheless, Raisi himself has taken a decidedly less hands-on approach to the nuclear file than his predecessor. Where former President Hassan Rouhani met with the director-general of the International Atomic Energy Agency (IAEA) during his trips to Tehran, Raisi has not. Instead, Raisi has relied on his vice president and head of the Atomic Energy Organization, foreign minister, and his first vice president to handle these contacts.

Indeed, this dynamic extends to the European Union’s (EU) High Representative for Foreign Affairs and Security Policy Josep Borrell as well. Rouhani met directly with Borrell’s predecessor, Federica Mogherini, but there was no public evidence of a Raisi meeting during Borrell’s last visit to Iran. Instead, the highest official Borrell met with was the Secretary of Iran’s Supreme National Security Council Ali Shamkhani, who has taken on a more dominant public role in the negotiations to revive the nuclear deal than he had when he served in the same position during the Rouhani administration. When negotiations were in high gear in Vienna, Shamkhani tweeted that Iran’s nuclear negotiator was reporting to him on the talks.

This is not to say that Raisi has not held regular meetings with foreign officials. He has regularly met with Russian president Vladimir Putin, for example. But his engagement with Western leaders has been lacking.

Since 1989, no president under Khamenei has emerged from office unscathed. Each left the presidential office dissed, dismissed, and diminished. Raisi is simply ahead of schedule.

Thus far, however, Khamenei has not publicly voiced any dissatisfaction with Raisi. In fact, he has repeatedly praised Raisi, telling visiting Syrian president Bashar al-Assad “the president and administration of the Islamic Republic of Iran are also really vibrant.” This is likely a manifestation of Raisi taking pains to ensure no daylight between him and Khamenei, in contrast with some of his predecessors, suggesting that Raisi may have his eyes on the bigger prize of the supreme leadership despite the trendlines on his viability.

Khamenei’s lack of criticism could change as the presidency traditionally absorbs all the accountability in the Iranian system to protect the Office of the Supreme Leader and his interests. Such a shift would indicate that Khamenei anointed him as president to serve as a trusted placeholder during a potential leadership transition to smooth the way for another favored figure like his influential son, Mojtaba Khamenei, to become supreme leader.

Raisi likely remains a leading candidate for the position, and there is some indication of security elements connected to him coming out on top of recent power struggles. Iran’s intelligence minister, a Raisi nominee, reportedly successfully pushed for the ouster of Hossein Taeb, a close associate of Mojtaba Khamenei, as the head of the Islamic Revolutionary Guard Corps’ intelligence agency. But Raisi’s performance during his inaugural year certainly raises question marks.

Jason M. Brodsky is the policy director of United Against Nuclear Iran (UANI). His research focuses on Iranian leadership dynamics, the Islamic Revolutionary Guard Corps (IRGC), and Iran’s proxy and partner network. He is on Twitter @JasonMBrodsky.