Who is Ebrahim Raisi, Iran’s Next President? 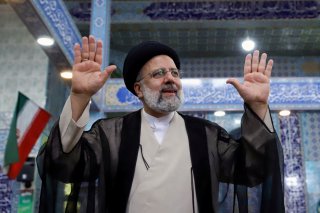 In Iran, last week’s election – marred by low turnout amid the disqualification of nearly six hundred candidates – has resulted in the selection of Ebrahim Raisi, a hardline jurist and cleric, as Iran’s next president. In August, Raisi will assume the position currently occupied by Hassan Rouhani, the Iranian former nuclear negotiator and President during the signing of the 2015 Joint Comprehensive Plan of Action (JCPOA).

Raisi first came to Western attention after his participation in Iran’s previous presidential election, a contest in which he was soundly beaten by Rouhani. However, the Guardian Council – an ultraconservative legislative body tasked with vetting candidates for higher office – ultimately disqualified all major conservative, populist, and reformist candidates except for Raisi, making his election a foregone conclusion.

Raisi, a sixty-year-old cleric, was born in Mashhad in northeastern Iran. At age fifteen, he began to attend a clerical seminary in the holy city of Qom, studying under Iranian Shi’a scholars including a younger Khamenei. He also claims to hold a PhD in law, although he was attacked in the presidential debates and accused of lacking a formal education.

Following the 1979 Iranian Revolution, Raisi worked in a prosecutor’s office in southwestern Iran. In 1985, he was moved to Tehran, where, three years later, he presided over an infamous “death commission” which approved the executions of thousands of Iranian political prisoners. For his role in these massacres, Raisi was sanctioned by the United States in 2019; when he assumes office in August, he will become the first Iranian president to be individually sanctioned by the U.S. government.

After Ali Khamenei became Supreme Leader in 1989, Raisi gained a series of successively higher legislative and clerical positions within the regime, serving as prosecutor of Tehran, head of the General Inspection Organization, and Deputy Chief Justice of Iran. In the last role, he played a key role in suppressing the 2009 Green Movement protests by the Iranian police and basij militias.

In 2006, Raisi was elected to the Assembly of Experts, the clerical body that chooses the next Supreme Leader of Iran. In 2014, he became Attorney General; in 2019, he was appointed Chief Justice.

Throughout his time in public service, Raisi has cultivated an image as a political hardliner and has effectively ruled out future direct negotiations with the United States. However, he has also campaigned on issues of economic reform, including curbing Iran’s runaway inflation rate, incentivizing employment, and cracking down on corruption. Given the clear importance of lifting Western sanctions, it remains to be seen how flexible Raisi will be in engaging with Iran’s adversaries to pursue its national interests.