What to Expect from Iranian President Raisi’s Foreign Policy 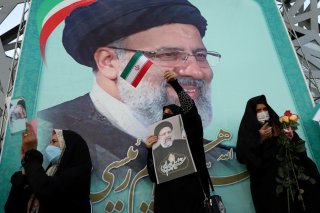 Following Friday’s presidential election, Iran’s foreign policy will likely be out of the government hands and be dominated by Supreme Leader Ayatollah Ali Khamenei and the influential establishment.

According to Iranian officials, conservative judiciary head Ebrahim Raisi has been elected Iran’s eighth president with 61.95 percent of the vote. Turnout was the lowest for a presidential election since the 1979 revolution, at 48.8 percent.

Raisi’s term will begin on August 3. Due to his lack of diplomatic experience and knowledge of foreign affairs, many analysts believe the new government will struggle to engage with the global community.

Raisi began his professional career shortly after the revolution and has served in many judicial and cultural positions, including as attorney general, deputy chief justice, chairman of the influential religious charity Astan Quds Razavi, and a member of the assembly of experts.

He is a judge and an expert in law. His resume does not include any political education or executive positions.

While analysts have little clue of what Raisi’s foreign policies will look like—in large part because he hardly talked about the topic during the campaign—there is little doubt that he will be obedient to the orders of Iranian Supreme Leader Ayatollah Khamenei. Iran’s foreign policy was already heavily influenced by the supreme leader and the Islamic Revolutionary Guard Corps (IRGC). By most accounts, this is only going to accelerate.

In May, an audiotape leaked to the media in which Foreign Minister Mohammad Javad Zarif was heard criticizing the IRGC’s activities in the Middle East. Khamenei publicly rebuked the statement, calling it “a big mistake.” “Nowhere in the world is foreign policy made just in the Foreign Ministry,” Khamenei said in a televised speech. “Foreign policy is related to the bodies superior to the Foreign Ministry. It means high-ranking officials of the country are decision-makers of the foreign policy. Of course, the foreign ministry is also involved.”

The audiotape exposed a verbal conflict between Zarif and the former head of the Quds Force Qasem Soleimani. The foreign minister accused the IRGC of ignoring many of the government’s decisions. The Quds Force, one of five branches of IRGC which is also controlled by Khamenei, implements many of Iran’s activities in the Middle East by supporting non-state groups in the region such as Hezbollah in Lebanon; Hamas and the Palestinian Islamic Jihad in the Gaza Strip and the West Bank; Yemeni Houthis; and Shia militias in Iraq, Syria, and Afghanistan. According to former U.S. Army intelligence officer David Dionisi, the Quds Force is organized into eight different directorates based on geographic locations in the region. Unofficial sources say that all of Iran’s ambassadors must be approved by the IRGC, and that the government cannot appoint them independently.

As Khamenei noted in his video dress down, the Foreign Ministry looks increasingly to be the enforcer of foreign policy, not the decision-maker. But today, one of outgoing President Hassan Rouhani’s remaining agendas is reviving the nuclear deal known as the Joint Comprehensive Plan of Action. Iran is under crippling sanctions imposed by former U.S. President Donald Trump, and his successor Joe Biden has not yet suspended sanctions.

As a result, high food prices and inflation have crushed the Iranian economy and government revenue has been reduced significantly. Rouhani’s foreign policy team in Vienna is working hard to revive the JCPOA. If he succeeds before leaving office, Raisi’s team will be able to start its term freed from most international sanctions.

Either way, Raisi will need a team of foreign policy experts to implement dictated policies. Some say Saeed Jalili—a nominee who withdrew from the election at the last minute to make way for Raisi—is now a preferred choice to lead the Foreign Ministry. As a former secretary of the Supreme National Security Council from 2007 to 2013, Jalili—a known hardliner—is known to be close to Khamenei.

In negotiating with the United States, Raisi will have to go against a foreign policy expert named Joe Biden, who spent decades on the U.S. Senate Foreign Relations Committee.

Moreover, Raisi is under international sanctions. In November 2019, Washington imposed new sanctions against some advisors to Khamenei including Raisi. In addition, his name is also on the European Union list of individuals sanctioned over human rights violations. Therefore, talks will be off to a rough start from the get-go.

Ahead of the election, senior Iranian diplomat Abbas Araghchi told Al Jazeera: “I am sure that if Raisi is elected, there will be no problems in the negotiation process. His political stance is realistic about foreign policy, and he believes in engagement with the global community.”

In a debate on Iranian state TV, Raisi said: “I say frankly that we are committed to JCPOA as an approved agreement by the supreme leader.” Raisi was already signaling that the supreme leader’s office will have the final say.