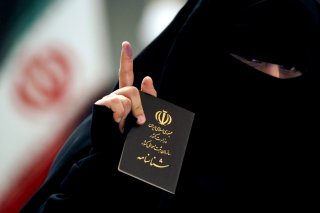 Iranian elections routinely prompt politicians and the media to speculate over whether “moderates” or “hardliners” will win control, as if the Iranian people have real choices. Anti-regime Iranians need not apply. At the end of the day, Iran’s presidents have limited ability to enact their own agendas. After all, it is the Supreme Leader Ali Khamenei who sets the tone and direction of foreign and domestic policy. While he has not always been impervious to public demands for reform, Ayatollah Khamenei strongly favors a trajectory based on increasing domestic repression and confrontation with the United States, and his vision has consistently won out.

This year, 592 Iranians registered to run for the presidency, but when the polls open this week, there will be just seven pre-screened and hand-selected pro-regime candidates on the ballot, including no moderates or reformists of significant national stature. Regardless of who wins, they will maintain Iran’s state sponsorship of terrorism, domestic repression, and nuclear program, as the ostensible “moderate” Hassan Rouhani did for eight years.

This year, the regime has gone a step further by working to all but guarantee victory for the Supreme Leader’s preferred candidate, Ebrahim Raisi. Ayatollah Khamenei is backing Raisi—often described as a potential successor to the supreme leader—because he must preserve the regime and secure the tools for a smooth transition of power. Nothing is being left to chance, especially after Raisi’s first bid ended in a humiliating defeat in 2017, failing to garner 40 percent of the vote.

The Guardian Council, a regime-aligned body that can approve or exclude candidates for office, even disqualified top regime insiders like Ali Larijani from running. In past years, Larijani’s resume of more than a decade in public life as speaker of parliament and advisor to Khamenei would have made him a formidable candidate. But he’s not a future supreme leader, and nothing is being left to chance.

The regime has rigged the outcome by purging all viable rivals to Raisi, and the ultraconservative cleric will most assuredly take office. If polling is accurate, most eligible Iranians are signaling their disgust with the nakedly transparent power grab by boycotting the proceedings altogether.

Raisi’s coronation is bad news for Iranians and the international community. Raisi will undoubtedly continue Khamenei’s domestic brutality, as he has been at the forefront of meting out Islamic Republic-style “justice” during his decades of service in the judiciary. Raisi ran for president—and lost—during the last round of elections in 2017 because of his involvement in the extrajudicial executions of thousands of political prisoners in the late 1980s. And since his installment as chief justice of Iran’s judiciary, human rights violations; extensive prison terms; and torture against dissidents, political prisoners, and religious minorities have increased. What was disqualifying for Raisi at the polls just four years ago is today seen as an asset.

A Raisi presidency will also mean continued support for terrorist organizations and proxy wars in Yemen, Lebanon, Syria, and Iraq. It will mean that Iran’s Islamic Revolutionary Guard Corps (IRGC), a U.S.-designated Foreign Terrorist Organization, will continue to consolidate its grip on power. The IRGC already controls large swaths of the Iranian economy through front companies, benefits financially from the sale of petroleum and petrochemicals abroad, leads Iranian military operations in Iraq and Syria, trains Hamas terrorists, and controls a growing share of the Iranian nuclear program. Iran’s hardline clergy has formed an unholy alliance with the IRGC in recent years to ensure its primacy within the Iranian system, and the IRGC knows it can count on Raisi to protect its economic empire.

To be clear, the rise of Raisi’s political stock has nothing to do with U.S. or European policies and everything to do with the regime’s need to sustain its grip on power. We are simply not that influential so as to determine the ebbs and flows of regime politics. But that doesn’t mean we are powerless to stymie the Khamenei-Raisi alliance.

It is not hyperbole to assert that the negotiators representing Tehran in talks with the United States, Europe, China, and Russia do not have control or clear authority over the scope of Iran’s nuclear program, its pace, or how transparent the regime will be with international nuclear inspectors.

The Biden administration and its European allies should be preparing to defend against a strong, deep bench of Khamenei-esque hardliners eager to undermine any accord that restores the Joint Comprehensive Plan of Action (JCPOA) inked before the next Iranian administration takes office. If a deal is not reached ahead of time, the incoming administration will be more hostile to compromise and will continue the regime’s steady march toward ever-more extreme manifestations of violence and intimidation. U.S. and European preparations should start with closing ranks to insist on clear red lines in nuclear negotiations and to maintain robust economic pressure, which is the only thing that can extract concessions from Iranian interlocutors.

We must return to the principle of zero enrichment or reprocessing in light of the regime’s flagrant decision to enrich uranium beyond the needs of any civilian nuclear program, insist on full inspections and verification, resolve Possible Military Dimensions (PMD) and undeclared nuclear activity, and address Iran’s unacceptable non-nuclear behavior, including its ballistic missile program and continued facilitation of terrorism.

A strategy that relies on these principles isn’t just good for U.S. national security vis-à-vis Iran; it’s good for U.S. interests globally. It will signal to rogue regimes and authoritarian leaders from Pyongyang to Beijing to Ankara and Caracas that America is going to force a hard choice: continue their malign behaviors or risk ever-deeper economic and diplomatic isolation.

Many millions of Iranians in Iran and within the Iranian diaspora community would like to see the weakened regime stripped of power—Raisi’s installation into the presidency entrenches hardline control of yet another Iranian power center and moves that goal further from reality. More extreme aggression and intransigence can be expected, particularly as Raisi angles to demonstrate his bona fides as the heir apparent to Khamenei.

We must be ready to provide even greater pressure on a theocratic regime built on anti-Americanism and repression. Khamenei’s ideological successors are poised to control the Islamic Republic well after Khamenei departs from the scene, whether the cynical coronation of Raisi succeeds or not. Rushing to rejoin the JCPOA won’t change the forces that drive Iran’s nuclear program and underpin the totality of its malign behavior. But increasing economic pressure, diplomatic isolation, and attention to its direct responsibility for immeasurable suffering can.

Most importantly, it sends a message to the millions of Iranians who have concluded that the only way to have a voice is to boycott this illegitimate election that the United States stands with their hopes for a less repressive, less confrontational government.

Mark Wallace D. is a former U.S. ambassador to the United Nations and the current CEO of United Against Nuclear Iran (UANI), where Jordan Steckler is a research analyst.