What to Watch for in the Iranian Elections 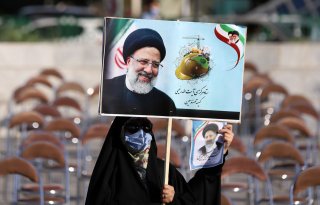 Iranians are heading to the polls to elect a new president as incumbent Hassan Rouhani is limited by law to two consecutive terms. The Islamic Republic, of course, is not a democracy. Ultimate authority rests with figures and institutions that Iranians do not popularly elect. The Guardian Council regularly culls more than 95 percent of candidates seeking top posts. The Supreme Leader rules not only as a political leader but also as, essentially, the placeholder of the messiah. During his most recent Persian New Year’s address, Supreme Leader Ali Khamenei outlined the characteristics he sought in the presidency:

He should be competent. He should possess managerial qualities and competence. Secondly, he should be religious. If he were irreligious, then it would not be possible to trust him. An irreligious person will sell the country and its interests and people. After that, he should be after justice and fight against corruption. This is one of the most important characteristics that a president should possess. He should pursue justice in the real sense of the word and want to fight against corruption in the true sense of the word. He should have a revolutionary and jihadi performance. One cannot work in a pretentious and ceremonial manner. Presidential candidates should be sure about the capabilities of the country. They should also believe in the youth.

The Islamic Revolutionary Guard Corps, the supreme leader’s muscle, justified an active approach, or “maximum and conscious participation” in its words. For the Guards, the outcome may not be equal to the top vote-getter.

The clear favorite is Raisi. I have been tracing Raisi’s rise for several years. Today Iranians, analysts, and diplomats in Tehran with whom I have spoken consider Raisi the front-runner not only because he has religious credentials, but also because it allows him a clearer path to the supreme leadership should the eighty-two-year-old Khamenei, already a cancer survivor, die in the coming years. After all, when Ayatollah Ruhollah Khomeini, Iran’s first supreme leader, died in 1989, it was Khamenei, then the sitting president, who succeeded. Naval Postgraduate School scholar and Revolutionary Guards expert Afshin Ostovar, however, warns that many front-runners disappoint and that Khamenei could be setting Raisi up to fail. Losing the election could strike a blow to Raisi’s legitimacy and clear a path for Khamenei’s own son, Mojtaba Khamenei to stake a claim to the supreme leadership.

Jalili also meets Khamenei’s stated characteristics for a leader. Should he remain in the race—and it is possible he will still drop out—he could siphon off enough votes to deny Raisi a majority and force a second round. This could clear a path for a showdown with Hemmati as a dark horse candidate. This, effectively, was how former Culture Minister Mohammad Khatami won the presidency in 1997. That said, Khamenei may not be willing to make the same mistake twice. Khatami channeled the hopes of the young but then disappointed. The 1999 student protests, however, shook the regime to its core and gave Khamenei his first real scare. Splitting the principalist vote might also be a means to truly embarrass Raisi if Ostovar is correct, especially if a split vote knocks Raisi out of a second round.

A few notes of caution: There is an irony that U.S. politicians and politicos pour-over and analyze polling data for months before and after elections. Donald Trump and Hillary Clinton before him cast doubt on the sanctity of polling and election data. And, yet, too often journalists and diplomats take information and statistics provided by the Iranian regime with regard to votes and participation at face value. Iran carefully controls reporters. Those favored by the regime for their ideology or willingness to self-censor may get visas, but reporting from northern Tehran about the rest of the country is like opining from the Upper West Side of Manhattan about Watertown or Buffalo.

To focus on the outcome of the Iranian presidential election may be interesting, but ultimately it is not hugely relevant. To project power on the presidency based on the experiences of the institution inside the United States or European countries is to mirror the image in a distortive way. The real questions to consider are who “won,” whether there will be a second round in August, and also the level of participation. For the latter, look for hard data about the periphery, especially in the Kurdish, Azeri, Arab, and Baluch regions, for this will be the true indicator of both regime legitimacy and a barometer of potential unrest when Khamenei does ultimately die. When it comes to Iranian elections, it is important never to trust, but always to verify.

Addendum: The word from Tehran is that Jalili just dropped out. This renders a split conservative vote and a second round unlikely and suggests Khamenei’s goal is not to embarrass Raisi. Jalili swallowed a bitter pill, but Khamenei and Raisi will likely reward his loyalty. Jalili may win a prime cabinet post and then slide into the presidency should an incumbent Raisi succeed Khamenei upon his death. At the same time, should there only be a single round of voting, expect Raisi to only just clear the threshold, say, with 50.4 percent of the vote. This will enable Hemmati to save face and will enable Iranians who still place faith in the sincerity of reformers to have hope in the system.