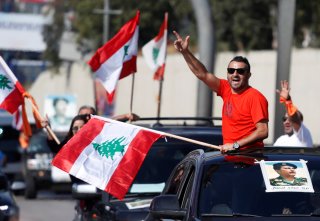 Hezbollah, the Lebanese militia-turned-political party that has long played a controversial and outsized role in the country’s politics, is expected to lose seats following Lebanon’s first election since the onset of the 2019 financial crisis, which impoverished most Lebanese and led to widespread demands for systemic change.

On Monday, Lebanese interior minister Bassam Mawlawi announced a partial set of victors in Lebanon’s parliamentary election, which was held on May 15. Mawlawi listed seventy-six winners of parliamentary seats, including at least nine newly-elected parliamentarians associated with the protest movement against Lebanon’s traditional political class.

It is not yet clear which faction will possess the majority by the time the votes are fully counted. However, the early results suggest that many of the new opposition seats came at the expense of Hezbollah and its allies in Lebanon’s parliament. The Free Patriotic Movement, a Maronite Christian political party with close ties to Hezbollah, is expected to suffer significant losses in the election, while the Lebanese Forces, a second Maronite party close to Saudi Arabia and the United States—and fiercely opposed to Hezbollah—is projected to become the largest Christian party in parliament.

At the same time, the Future Movement, previously Lebanon’s largest Sunni Muslim political party, dissolved after leader Saad Hariri announced his retirement from politics. A number of smaller parties targeted toward Sunnis emerged in the aftermath; it is unclear which ones, if any, had the greatest success during the contest.

Allegations of voter fraud circulated after the results were announced, and Mawlawi promised that Lebanese judges were “still working on the remaining districts, and will work overnight to finalize the results.” Turnout was estimated to be 41 percent—a surprisingly low number, given the scale and unprecedented unity of Lebanon’s anti-establishment protests following the collapse of its banking sector in 2019, as well as the introduction of mechanisms for (mostly Christian) Lebanese expats to vote for the first time.

Lebanon’s 128-member parliament is divided evenly between Christians and Muslims through an informal power-sharing agreement known as the National Pact. Under the country’s traditional political system, the Lebanese president is always a Maronite Christian, the prime minister a Sunni Muslim, and the speaker of parliament a Shia Muslim. Other posts are reserved for Lebanon’s other ethnoreligious minorities, including the Druze and the Greek Orthodox Christians.

Once the country’s parliament is finalized, it will form a new government with input from President Michel Aoun, a member of the Hezbollah-allied Free Patriotic Movement. When Aoun’s six-year term expires in October, the parliament will elect his successor—likely to be a Christina from the Lebanese Forces or one of its allied parties.