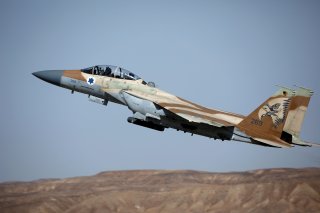 The Israeli military conducted an airstrike on Syria in June, targeting a secretive chemical weapons laboratory used by the Assad regime, according to The Washington Post.

The strike targeted three separate Syrian military facilities in the cities of Damascus and Homs; seven Syrian soldiers, including a colonel, were reportedly killed in the attacks. Although the Israel Defense Forces does not comment on the details of its operations, Western observers noted that the strike appeared to be specifically targeted at Syrian facilities, as opposed to those operated by Iranian forces within Syria, which have been targeted with far greater frequency during the country's ten-year civil war.

The strike reportedly targeted Syrian chemical weapons facilities after Israeli intelligence officials learned that the government of President Bashar al-Assad had begun to restart the country’s chemical weapons program. The Assad regime was suspected of having acquired “precursor” chemicals to create chemical weapons with, in violation of the UN’s Chemical Weapons Convention, which it had acceded to in 2013. In particular, Israeli intelligence had learned that the country’s military had imported precursor chemicals that could be used to make sarin nerve gas, leading to the airstrike.

At the time, the Syrian government condemned the attacks and denied that chemical weapons production was taking place. At a meeting of the UN Security Council, Syrian UN ambassador Bassam Sabbagh claimed that the country “categorically condemned and rejected any use of chemical weapons under any circumstance.”

Although the Assad regime has repeatedly used chemical weapons against its own people, Syria’s chemical weapons program has been historically regarded as a major threat to Israel. The program was launched during the rule of Assad’s father, Hafez al-Assad, as a counterweight to Israel’s nuclear program; an arsenal of sophisticated chemical weapons was created with the intention of use against Israel in a future military conflict. Although most of this stock was destroyed in 2013 and 2014 after the United States threatened to intervene in the conflict, the Syrian government has continued to use other chemical weapons, such as chlorine gas, which is less effective but easier to refine. In addition to pursuing the manufacture of advanced chemical weapons, the government secretly maintained possession of some of its previous stockpile, including sarin gas, which was used in an attack near the town of Khan Shaykhun in April 2017.

Rather than destroying existing stocks of chemical weapons, Israel reportedly intended the strike to be preventative, destroying manufacturing facilities and precursors. Attacks on completed chemical weapons stockpiles run the risk of accidentally releasing the weapons, leading to far greater destruction.