Pakistan Is Showing U.S. Enemies How to Defeat America 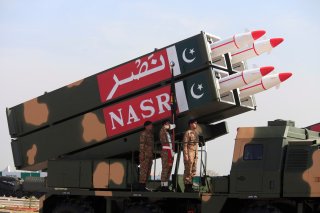 In 1985, when Hezbollah kidnapped four Russian diplomats in Beirut, killing one, Moscow’s retaliation was swift.  Different versions of the story exist, but they all have one thing in common: A Hezbollah commander began receiving body parts of a close relative through the mail. Hezbollah released the remaining hostages and never took another Russian.

Hezbollah may not have liked the Soviets, but they quickly learned that they could not mess with Russians. Contrast that with Pakistan today. On April 2, a Pakistani court voided a murder conviction of Ahmed Omar Saeed Sheikh who kidnapped and then videotaped his slaughter of Wall Street Journal reporter Daniel Pearl.

Welcome to the world after the U.S.-Taliban realm, negotiated by U.S. Special Envoy Zalmay Khalilzad. Simply put, the U.S. willingness to accept a flawed ‘peace’ deal with the Taliban has convinced Taliban sponsors within Pakistan’s military and all-powerful intelligence service not only that Washington is weak and its concerns not worthy of serious attention, but also that Pakistan can gratuitously humiliate the United States as Pakistani Prime Minister Imran Khan pivots the country further into China’s orbit.

Khalilzad is now zero for two in high stakes diplomacy. It was Khalilzad, after all, who negotiated the 2003 Geneva deal with now-Iranian Foreign Minister Mohammad Javad Zarif in which the U.S. government accepted the Iranian pledge not to infiltrate militias and forces into Iraq--which clearly they did not follow. Already, it appears the Taliban were no more sincere. The Taliban reject the very legitimacy of the elected Afghan government, and so their refusal to recognize its negotiating team should not surprise. Taliban attacks have continued unabated. The evidence exposing Pakistan’s support for the Taliban and its covert relationship with Al Qaeda remains overwhelming. Not only did Al Qaeda founder Usama Bin Laden find shelter in a townhome to Pakistan’s primary military academy, but U.S. forces killed the leader of Al Qaeda in the Indian Subcontinent during a raid on a Taliban compound.

President Donald Trump may feel he has fulfilled a promise to end America’s longest war, but it would be a mistake for the administration to believe its own spin, because no one else does. Al Qaeda has lauded the Taliban’s “great victory” and a “humiliating defeat” for the United States. "Even if we don't say that the U.S. is defeated in Afghanistan, it is an open secret now that they are defeated," Anas Haqqani, son of the Haqqani network’s founder, told the press. Pakistani religious officials broadcast how America was “begging for peace and escape.”

What happens in Afghanistan doesn’t stay in Afghanistan, however: That was the lesson of the pre-9/11 era, and it is even more true today. Trump has warned Iranian-backed militias in Iraq not to attack American interests but why should they listen? Even if the United States launches the occasional airstrike or even kills top Iranian commanders like Qassem Soleimani, the Taliban deal show that the United States will ultimately ignore state-sponsors of terror and maintain the fiction that deals struck with their proxies matter. Revolutionary Guardsmen inside Iranian territory can rest assured first that the Trump administration will not hold them to account for the actions of Iranian-backed militias just as they have not meaningfully held any Pakistan generals responsible for the Taliban. The Iranian-backed proxies, for their part, understand if they simply continue or even escalate their attacks, the United States will eventually retreat. It worked in Beirut during the Reagan administration, and it worked in Basra, so why shouldn’t it work for Baghdad?

Nor is the problem just the Middle East. Russia and China look at recent U.S. fecklessness and conclude that U.S. diplomacy need not be respected. In Syria, Vladimir Putin played poker with the Obama administration and somehow managed to beat a royal flush with a pair of twos. Just as Soviet leader Leonid Brezhnev calculated that Jimmy Carter’s 1979 abandonment of the Shah of Iran and impotence as revolutionaries seized American hostages meant that he could invade Afghanistan with impunity, so too might Putin conclude that U.S. weakness means he could act against Estonia, Latvia, Lithuania, or ethnic-Russian regions of Kazakhstan without fear of consequence. Taiwan, too, must look at recent Trump moves on Afghanistan and recognize that the White House would not lift a finger to defend it when push comes to shove.

Ceasing “endless wars” might be the slogan of the day, but how wars end matter. Progressives and liberals say that diplomacy should be the strategy of first resort. They are right. But when the United States loses credibility on the battlefield and adversaries concluded that Washington neither has the will nor the way, they will run roughshod over American interests. Pakistan’s release of Pearl’s killer is only the beginning.