The Quest For A New Iranian Constitution 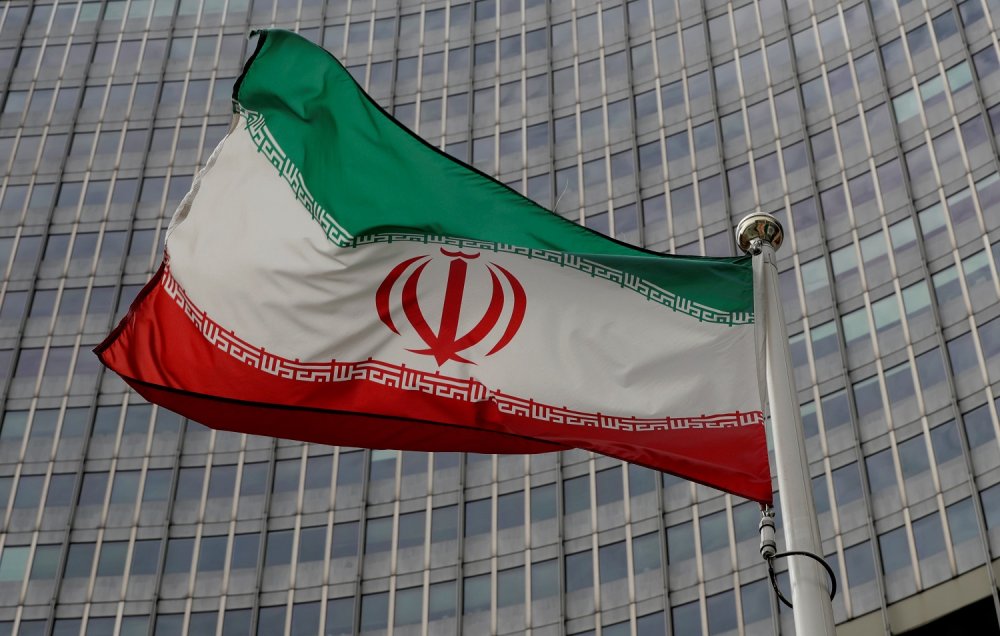 What is Iran’s opposition most worried about? Talk to anti-regime activists from across the political spectrum – from royalists who support a return of the Pahlavi monarchy to secular nationalists agitating in favor of a parliamentary-style democracy – and you’re liable to hear pretty much the same answer. As the Iranian regime’s assorted opponents see it, the biggest impediment to a post-theocratic Iran aren’t the ayatollahs themselves, although the Islamic Republic’s extensive instruments of repression have unquestionably exacted a heavy toll on protesters inside the country. Rather, their most significant obstacle, and the one that represents the biggest impediment to efforts to drum up support for ousting the country’s current clerical elite, is a pervasive fear of what will come after.

That should come as no surprise. Throughout history, captive populations have hesitated to revolt against repressive regimes for fear of losing what little they managed to accumulate under the existing status quo. As the political philosopher Hannah Arendt described it in her day, “the most radical revolutionary will become a conservative the day after the revolution.”

It is a phenomenon that Iran’s clerical rulers understand all too well. Long before his triumphant return to Iran in 1979, the Ayatollah Ruhollah Khomeini published a treatise, entitled Islamic Government, in which he clearly laid out precisely what type of government he would impose if he ever returned to take power in Tehran. That blueprint, in turn, provided a roadmap that helped to sustain and inspire the anti-government sentiment that ultimately swept the Shah of Iran from power. Today, the lack of a clear path forward has made many Iranians, even those fundamentally opposed to the Islamic Republic and its precepts, hesitant to mobilize against it. Quite simply, they worry that a collapse of the current regime could lead to a period of profound – and protracted – instability.

It’s hardly surprising, then, that virtually all of the major Iranian opposition groups active today are now working to try and articulate a clearer picture of their preferred future. This is the impetus behind multiple, overlapping efforts within the Iranian Diaspora to craft a new constitution that would govern a post-theocratic Iran for at least a transitional period.

Perhaps the most mature iteration of this effort is that of the National Iranian Congress. Originally founded in the early 2003 by student activists (many of whom would later become political prisoners), it took a full decade for the Congress to emerge as a full-fledged organization built around three distinct goals: the establishment of a democratic government befitting Iranians; the drafting of a constitution defining a free and democratic Iran, and; operating a free and democratic Iran that serves as an “honorable” member of the international community.

The group’s public face is a forty-four-year-old former political prisoner named Amir Abbas Fakhravar. A student activist and journalist, Fakhravar served more than five years behind bars in the early 2000s and suffered torture at the hands of Iranian authorities for his anti-regime activism. (The Congress’s co-founder, Arzhang Davoodi, remains imprisoned in Iran to this day under extreme duress.) Upon his release, Fakhravar went into exile, eventually making his way to the United States during the second term of the George W. Bush administration, thanks to the backing and advocacy of conservative luminaries like Richard Perle and Michael Ledeen.

These associations have made Fakhravar something of a controversial political figure. He still boasts good relations with many Bush-era conservatives and political thinkers, and today has close connections with more than a few influential personalities close to the Trump administration. But he has also been broadly disparaged in other corners as part of the “neoconservative” effort to foment regime change in Iran, and maintains generally tense relations with other Iranian opposition activists. Even so, Fakhravar is a ubiquitous presence in the Washington debate over Iran policy, with regular appearances on channels like Fox News and presentations before international conferences and governmental forums. On these occasions, he has consistently hammered home a number of key points.

One is that, for all of the current obsession over the need for a public face to personalize its anti-regime activism, the Iranian opposition doesn’t, in fact, need a titular head. (Fakhravar himself says he has no political aspirations). As he sees it, the diversity of anti-regime forces now arrayed against the ayatollahs isn’t a bug, but a feature – one that, if properly harnessed, could serve to unite rather than divide the community along a number of broad key principles.

Another is that Iran’s next government must not embrace an official religion. Fakhravar contends that the current political and social problems plaguing both Iraq and Afghanistan stem from a common cause – the fact that both countries enshrined Islam into their foundational texts. Avoiding the same fate requires the next leaders of Iran to avoid the temptation of establishing a national religion and imposing an official faith, since doing so would marginalize some of the diverse ethnic and sectarian communities that make up modern-day Iran.

Yet another is that Iran’s next constitution must be “multi-purpose,” equally suited to providing a framework for the return of the monarchy or a transition to a democratic republic. Fakhravar acknowledges that Iranian public opinion is currently largely split between the two options (nearly evenly, by his estimation). Therefore, keeping both sides engaged necessitates a broad set of principles and ideas that can serve to unite rather than divide the disparate factions.

These precepts are duly encapsulated in the Congress’s draft constitution. Published in May of 2017, it is designed to serve as the centerpiece of a broader “constitutional movement” unifying the disparate strains of the Iranian opposition behind ideas like three co-equal branches of government (Article II), elected representatives for each of Iran’s provinces (Article III, section 5); a strong but term-limited chief executive (Article V), and; broad legal protections for the privacy, property and personal freedoms of ordinary Iranians (Article V, section 7). The similarities with America’s system of government aren’t coincidental. According to Fakhravar, the Founding Fathers – and Thomas Jefferson in particular – “provide a template” for how Iran’s opposition should proceed: by building a broad, nonpartisan consensus regarding the future of the country.

But the draft constitution put together by the National Iranian Congress is intended solely as a starting point. “What Iran needs,” Fakhravar insists, is “not one constitution but many.” Multiple constitutional frameworks should be put forth as part of a “free market of ideas” in which the Iranian people would be the ones who would ultimately choose the path forward. After all, there is strength in competition, and offering choices – rather than dictating outcomes – is the surest way to the creation of an alternative government that has the broad support of the Iranian people.

Where does America fit in all this? The proper role of the United States, Fakhravar and his compatriots believe, is to serve as a grand convener of sorts. The U.S. government “should invite everyone” in the Iranian opposition to meet, debate, and build consensus over the shape that the next Iran will take.

Whether that consensus is forged around the Congress’s draft, or one of the assorted alternatives now being compiled by other groups, remains to be seen. But the current quest for an Iranian constitution reflects a realization by opponents of the Iranian regime that, if they hope to galvanize support from the Iranian “street,” they need to paint a much clearer picture of the future they desire.

Ilan Berman is the senior vice president of the American Foreign Policy Council in Washington, DC. This piece is the eighth in a series of articles exploring the beliefs, ideas and values of different factions within the Iranian opposition, as well as the challenges confronting them.

The first installment, covering the agenda of former Crown Prince Reza Pahlavi and his supporters, can be found here. The second, outlining the worldview of the Mujahideen e-Khalq, appears here. The third, examining the activism of Masih Alinejad and the broader Iranian anti-hijab movement, is located here. The fourth, detailing the efforts of activists like Mariam Memarsadeghi and Tavaana to promote democracy within Iran, is accessible here. The fifth, introducing the “Council of 14” group of human rights activists and campaigners, as well as their international backers, appears here. The sixth, a discussion of the Iranian regime’s growing capacity for cyber-repression, is accessible here. The seventh, an exploration of Iran’s ethnic politics and groupings, is located here.