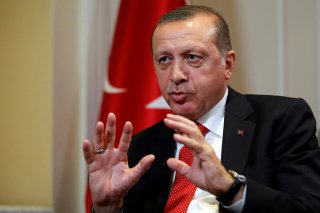 Throughout the Cold War and for a decade after, Turkey was perhaps America’s top partner in the region. U.S. presidents and secretaries of state spoke of the “special relationship”  or “model partnership” between the countries. Turkish president Recep Tayyip Erdoğan shredded that deliberately. Today, the debate within U.S. policy circles is not whether Turkey is an ally, but instead whether it is possible to salvage the U.S.-Turkey bilateral relationship. Is the problem Erdoğan, or Turkey more broadly? Many friends of Turkey project their own optimism that the country might snap-back post-Erdoğan and counsel no action that would turn Turks against the United States. Others argue that policy must be based upon the reality that Turkey has evolved. The real problem, however, are the lobbyists, both official and unofficial, Turkish diplomats, and those with vested business interests in Turkey who purposely obfuscate Turkey’s reality.

Against the backdrop of this policy confusion, perhaps the best metric by which to judge Turkey and its trajectory is its respect for religious freedom. A government’s willingness to respect all faiths and promote tolerance for all its citizens is far more meaningful than political promises and diplomatic assurances. Regimes like Iran or Pakistan, which are blinded by or seeking to promote radical ideologies, are willing to say almost anything and sometimes make a few small gestures but, in practice, show disdain to religious minorities.

Alas, increasingly, Turkey appears to be in the camp of these two Islamic republics rather than sharing commonalities with countries like the United Arab Emirates, Bahrain, Morocco, Egypt and even Iraq, which increasingly tolerates and embraces religious pluralism and their multi-sectarian heritage.

While the White House voiced criticism when Erdoğan leveled false terrorism charges against Pastor Andrew Brunson and held the American pastor as a de facto hostage, Brunson’s experience is increasingly becoming the rule rather than the exception. Consider the case of Father Aho Bilicen, whom Turkish forces arrested during a raid at the Syriac Orthodox monastery of Saint Jacob in southeastern Turkey. They charged him with supporting terrorism for allegedly giving bread and water to an alleged member of the Kurdistan Workers Party, who appeared unannounced and uninvited at the sanctuary’s front door. In reality, it appears his case is merely part of a growing pattern of the state targeting Christian religious leaders with false terror charges.

Christians are not the only targets. Erdoğan has forced Sunni religious studies upon Alevi children, destroyed Alevi prayer halls, and his government has denied aid to Yezidi refugees inside Turkey solely on the grounds of their religion. Turkey’s Jews, meanwhile, continue to flee because of growing anti-Semitism at rates greater than do their counterparts in Iran.

Turkey is also extending its atrocities against ethnic minorities beyond its borders. While it justified its incursion into northern Syria under the pretense of providing a safe-haven against terror, in reality, Turkish actions neither provided stability nor safety. Turkish forces and their proxies are ethnically cleansing portions of northern Syria historically populated by Syriac Christians and Yezidis already traumatized by the Islamic State.  They force Christian women to veil and have imposed restrictions upon them similar to those of the Taliban. Turkish jets bomb Syrian towns that are home to high concentrations of Syriac Christians, while weaponizing potable water resources, further contributing to the ethnoreligious cleansing. Yezidis who have returned to Iraq constantly receive proof-of-life videos from smugglers showing family members who had been kidnapped by the Islamic State in captivity in Turkey or portions of Syria controlled by Turkish proxies. Syrian Kurds have documented fighters attached to Turkish proxy units who are veterans of the Islamic State.

For those seeking normal relations with Turkey, it may appear comforting to believe that Turkey’s disrespect for religious plurality is limited to the Erdoğan government alone. Seventeen years of Erdoğan’s rule, however, has fundamentally changed Turkey’s administrative class, military, and intellectual elite. All school children today have matriculated entirely under an Erdoğan-imposed curriculum which shows disdain for all who do not embrace his own narrow and intolerant exegesis of Sunni Islam. Turkey’s military which once prided itself on its role as the guarantor of laicism has now become an engine for Islamism as it has in Pakistan. It is unlikely the Islamic State could ever have risen up had it not been for the free passage Turkey provided foreign fighters and the passive if not active support of Turkey’s intelligence services. Simply put, complicity in Turkey’s war against ethnoreligious minorities has grown wider and the incitement of a generation means that it will be harder to eradicate once Erdoğan is no longer president.

Some in the State Department and members of the Congressional Turkey Caucus may seek a return to “model partnership” with Turkey, but there can be no short cuts. Turkey must be judged based on what it is now rather than what it was twenty years ago or based on what diplomats want it to be. To understand the reality of Turkey, there is no better measure than an objective look at its respect for religious liberty and pluralism. Unfortunately, by this standard, Turkey shows itself more in the company of rogue regimes than responsible states.

Toufic Baaklini is president of In Defense of Christians. Michael Rubin is a resident scholar at the American Enterprise Institute.