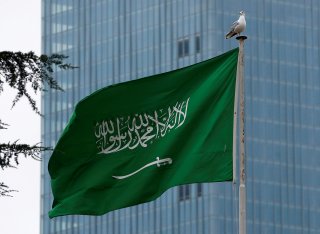 The murder of Jamal Khashoggi, the Saudi dissident and journalist, has been “in every respect repellent,” began Chas Freeman, former U.S. ambassador to Saudi Arabia, at a November 2 discussion at the Center for the National Interest (CFTNI) on the state of the Middle East after Khashoggi. Elaborating further on the profound impact of the Khashoggi affair on Saudi foreign relations, Freeman continued: The murder has embarrassed the Kingdom’s friends and stimulated renewed attacks on it by its foreign enemies and critics. Ironically, Jamal—who loved his homeland and approved of much, though not all, of the change its newest rulers have brought to it—would be appalled by the damage his death is doing to Saudi Arabia’s reputation and the difficulties this is creating for its continuing betterment.

Indeed, “this has done great damage to Saudi Arabia’s reputation and served the interests of those who are determined and are Saudi adversaries,” concurred Dennis Ross, a former Middle East advisor to four American presidents and a distinguished fellow at the Washington Institute for Near East Policy. Alongside Geoffrey Kemp, Senior Director for Regional Security Programs at CFTNI who moderated the event, the panel painted a grim picture of Saudi affairs and decisionmaking under Crown Prince Mohammed bin Salman or “MBS” as he is often called in the West. Although MBS is the de facto leader of Saudi Arabia, and wields increasingly uncontested power in Riyadh, he has made a series of foreign-policy missteps since coming to power, they said.

Freeman observed that Khashoggi’s murder is indicative of a new Saudi Arabia that exists in “the modern, not the ancient Middle East”—where the crown prince’s unitary decisionmaking stands in contrast to the conservative and consensus-based rule of decades past. He further contended that this shift in Saudi leadership has coincided with the kingdom establishing a nascent, but growing entente with Israel against Iran. This has led some in Riyadh to “openly admire Israeli ruthlessness” in going after their adversaries and may have contributed to the Saudis’ decision to assassinate Khashoggi.

In contrast, Ross does not see the Israelis as “the source of Saudi behavior.” Instead, he asserted that a breakdown in international norms—illustrated by incidents such as Russia poisoning a former intelligence operative in the United Kingdom, China abruptly arresting the Chinese-head of Interpol, and Iran carrying out attempted assassinations in Paris and Denmark—was more of a motivating factor and a better “source of inspiration” for Mohammed bin Salman.

Although the crown prince’s most recent foreign-policy blunder over the Khashoggi killing—following others in Lebanon, Qatar and Yemen—has harmed Saudi interests, Ross said that it has not, as some Western critics had suggested, served to weaken his position in Riyadh. “Foreign condemnation of the Khashoggi affair . . . has aroused Saudi nationalism in support of the monarchy . . . rallied support for the crown prince . . . [and] recommitted the king to his favorite son,” remarked Freeman. “If there is now a threat to Saudi stability, it originates mainly—though not exclusively—outside the Kingdom.” This reaction makes sense, Ross explained, for the Saudi royal family knows that it sits atop a precarious political structure, and thus chooses to operate according to Benjamin Franklin’s adage of “we’ll all hang separately . . . or we shall all hang together.”

The panelists argued that political instability in Saudi Arabia does not serve Washington’s interests, even if Khashoggi’s murder proves that the kingdom and America remain far apart on principles and values. According to Ross and Freeman, there are two additional reasons why it is understandable that the Trump administration does not want to terminate a special relationship that has served U.S. interests for over seventy years. First, there are a host of U.S. interests and policy objectives that depend on a sustained U.S.–Saudi relationship. On the domestic front, Saudi Arabia is a large market for U.S. goods and services (including widely-touted bilateral arms sales) that support American workers. The Saudis also play a critical role in keeping prices stable in the oil market, and Riyadh backs Washington’s financial hegemony by opting to trade in U.S. dollars. Internationally, Saudi Arabia is also an important part of the Trump administration’s counter-ISIS and counter-Iran strategies, and is helping to absorb the costs Syrian reconstruction. Moreover, Freeman observed, Saudi Arabia lies on “one of the world’s most vital strategic lines of communication” and the U.S. military’s global power projection is dependent on access to Saudi airspace for overflights. Even the Trump administration’s Palestinian peace plan, which Ross sees as overly ambitious and based on unrealistic beliefs, needs Saudi buy-in to have any chance of success.

Second, if Mohammed bin Salman is truly serious about bringing Saudi Arabia into the twenty-first century—and most indications are he is—by reconciling Islam with modernity, discrediting extremist ideologies and serving as a successful developmental model for the Arab world, he will need U.S. support and guidance. By remaining involved in Saudi Arabian affairs, Ross argued, the United States can promote its financial and geopolitical interests while also “preserving” the global norms that Americans believe are important. Regarding Khashoggi’s fate, Ross says that our purpose should not be to “punish the Saudis for the sake of punishing them,” but to “exact a price” that shows this kind of behavior has consequences and influences Saudi behavior in a more temperate direction. Success in this area, therefore, requires the administration to make clear that the United States will “react more loudly” in the future to the harassment of dissidents.

Nevertheless, resolving the Khashoggi crisis depends more on Riyadh than Washington. Freeman stated that the only way to end the slow drip of information being released by Turkey is for the Saudis to take command of the information cycle. Ross agreed and noted that this begins with the crown prince stepping up and taking responsibility. For if this truly was a botched plan that was never intended to murder Khashoggi in cold blood—Mohammed bin Salman and the Saudi government “should get their stories straight and answer certain questions” about the operation, the investigation and its aftermath. Moreover, Ross believes that a “no-surprises channel” should be created between the senior levels of the Saudi and American governments, where matters of importance can be discussed to dissuade the implementation of rash policies. Of course, he said this begins with filling the position of U.S. ambassador to Saudi Arabia, which currently remains unfilled.

When dealing with Saudi Arabia, the United States must look at its Arabian partner with clear eyes, for acting on moral indignation alone will not get us where we want to be. As Freeman says, A rift in U.S.-Saudi relations would not threaten the existence of either the United States of America or the Kingdom of Saudi Arabia. But it would have grave consequences for the peace and well-being of both and for their mutual allies and friends.

Adam Lammon is assistant editor at the National Interest.