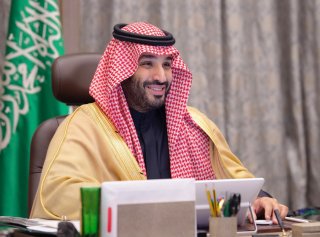 In a 2019 democratic debate, Joe Biden said he would recognize Saudi Arabia for the “pariah“ that they are. This aversion towards Riyadh has been echoed by both Antony Blinken and Jake Sullivan, Biden’s nominated Secretary of State and National Security Adviser. Casting Saudi Arabia as a pariah state would be a mistake and hinder the administration’s efforts to reenter the Joint Comprehensive Plan of Action (JCPOA) and address climate change.

Recent domestic political shifts within Saudi Arabia, the conflict in Yemen, U.S. arms sales, and divergent regional interests have put a strain on U.S.-Saudi relations, which will continue to be issues for the incoming Biden administration. Understanding Saudi national interests will be vital when addressing U.S. interests in the region. The Biden administration would be better suited by pursuing further engagement with Riyadh, rather than alienating them.

In response to the conflict in Yemen and cross-border terror attacks on Saudi energy infrastructure, current U.S. policy towards the kingdom has been largely centered around arms sales and military cooperation. The Trump administration sold an unprecedented level of arms and deployed U.S. air and ground forces to the kingdom in efforts to increase regional stability and Saudi Arabian defense/counterterrorism capabilities. These efforts are backed by U.S. officials embedded in key advisory roles that aid Saudi officials in defense and security priorities.

Jake Sullivan has called for the removal of “all forms of supports for the continuing hostilities in Yemen.” While the incoming administration should reassess the use of these arms vis-a-vis civilian casualties, they must recognize that the conflict in Yemen stems from a sense of insecurity within Saudi Arabia rooted in the Arab Spring uprisings. The kingdom worries of U.S. abandonment at the site of any potential democratic transitions in the region. Saudi Arabia feels the need to take a more influential position in the region to ensure domestic stability and border security. Without adequate arms and military cooperation from the United States, Saudi Arabia will look to China or Russia for assistance. It would be a mistake for the United States to completely end the sale of arms to the kingdom.

Saudi Arabia seeks to diversify its economy and expand its renewable energy consumption through the construction of nuclear power reactors. This increases the risk of nuclear proliferation in the region. Despite U.S. efforts to obtain commitments to not seek uranium enrichment or reprocessing programs, Saudi Arabia has not given any such guarantee.

Saudi pursuits of nuclear energy capabilities are multi-faceted. While the construction of nuclear reactors provides the kingdom with a source of alternative energy for domestic consumption, they enable the kingdom to produce nuclear weapons as well. This presents a dilemma for future climate change initiatives and efforts to reenter the JCPOA.

Efforts to address climate change will require Saudi Arabia to reduce its economic reliance on oil. Saudi Arabia possesses 17 percent of global oil reserves and is the majority exporter of oil around the globe. The administration must work closely with Riyadh to develop alternative domestic energy sources other than nuclear energy if it seeks to establish substantive climate change initiatives. However, it is unlikely Saudi Arabia will give up its pursuit of constructing nuclear reactors because it enables the kingdom to enrich and reprocess uranium if the United States seeks to reenter the JCPOA with Iran. The United States will likely need to engage in a sustained diplomatic effort to persuade Saudi Arabia of the merits the JCPOA provides for regional stability and ensure continued US support for the Kingdom.

U.S.-Saudi relations are likely to become more divergent under the Biden administration. As the United States addresses climate change and seeks to reenter the JCPOA, it will find that these pursuits starkly oppose Saudi national interests and Saudi Arabia is likely to feel a sense of insecurity and U.S. abandonment. It is imperative, for continued U.S.-Saudi cooperation and regional stability, that the United States continues to engage with Saudi Arabia on issues of border security and defense. Continuing arms sales is necessary to increase Saudi defense capabilities, ultimately leading them to feel more secure.

It is unlikely that Saudi Arabia will concede to U.S.-desired uranium enrichment and reprocessing limitations if the JCPOA is a priority for the incoming Biden administration. Thus, the administration should increase its diplomatic efforts and encourage renewable energy exploration to move the kingdom away from its nuclear path.

Casting Saudi Arabia as a pariah state would be counterproductive and further complicate U.S. efforts in the region.

John M. Eisenhauer is an M.A. candidate at Seton Hall University School of Diplomacy and International Relations. He is a Returned Peace Corps Volunteer, Seton Hall as Peace Corps Paul D. Coverdell Fellow, and a seven-year veteran of the Army National Guard.