The Terrorist Challenge: Offshoot Groups Are Waging War Under the Flag of Sharia 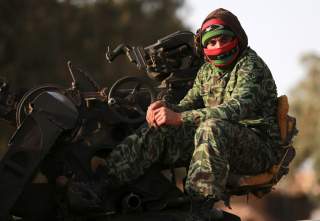 It is time to recognize that the Iranian nuclear issue and “jihadist” terrorism are a reflection of the internal contradictions of Sharia law. We can say that, on one hand, there are contradictions between Islam and the concept of the “Islamic” nuclear bomb, on the other, Sharia and the ideologies of terrorism are manifestations of the contradiction between Sharia, which took shape in the seventh century, and international (universal) law, which appeared in the twentieth century.

The defeat of the Ottoman Porta in World War I and the abolition of the Islamic caliphate (1924) eliminated the influence of Sharia on the formation of international law at a time when the majority of Muslims were under the rule of foreign powers.

The historic hour of their decolonization was heralded by the great Atlantic charter. As a result, Muslim states became members of the United Nations (UN) and, thus. formally recognized international law. However, in reality, the recognition of the UN Charter’s supremacy in matters of war and peace was only a declaration of intent and could not lead to an automatic reformation of the Sharia.

This is how the main contradiction arose between international law, supposedly recognized by Muslim states as universal, and the current Sharia law.

Sharia is based upon a state of permanent war with the non-Islamic part of the world and authorizes the use of force against non-Muslim Nations to spread Islam. These are the same rules used by “jihadist terrorists” to legalize violence against non-Muslims.

Thus, the resolution of the fundamental contradiction between Islamic and international law, equivalent to the proclamation of a new “Westphalian world,” is impossible without revising the provisions of the Sharia which have lost their historical relevance and weaken the position of Islam in the world.

Muslim scholars recognize the necessity and inevitability of reforming Sharia through a new contextual reading of the Quran and Sunna and the methodology that dates back to the first century of Islam.

However, it is unlikely that the reformation of Sharia, which is of world-historical significance, can be solved in a short period of time.

To start this process, it is necessary to solve the initial, institutional task, that is, to convene the Universal Islamic conference of recognized scholars of theology, representing all the theological and legal schools and trends in Islam.

I am convinced that a precedent-setting solution for this forum should be the introduction of a Sharia rule that addresses a problem not described in the Quran and Sunnah and not solved by its successors, a problem that is of vital importance for the Islamic world and humanity as a whole—the issue of nuclear weapons. Clearly, nuclear weapons and other types of weapons of mass destruction (WMD) are a problem that Muslims have not had to deal with in the past. But now, it threatens their very existence because these weapons, by definition, cannot be considered as a means of self-defense, waging war, or spreading Islam.

Thus, the first decision of the world Islamic conference must be a ban on production, possession, and placement of nuclear and other types of WMD.

It is obvious that a peremptory norm of Sharia would be a guideline for Muslim countries, the execution of which would lead to the following main results: 1) adoption of a relevant international treaty by states-members of the Organization of Islamic Cooperation; 2) effective negotiations with Pakistan in the UN Security Council on denuclearization and security guarantees; 3) Iran’s rejection of its nuclear program within the framework of existing or updated international agreements.

Nuclear Terrorism in the Mirror of Sharia

The collapse of the USSR, considered an indestructible pillar of the bipolar world, gave the “jihadist terrorists” confidence in the vulnerability of the world order and directly influenced the definition of their new strategic goal and the means of achieving it.

The objective of the secretly prepared terrorist attack known as “9/11” was to destroy the Twin Towers because they symbolized a bipolar world. For the first time, the terrorists used a new technology for the mass murder of civilians—civilian aircraft.

However, the Islamic world did not fully realize that the only reason the terrorists used airplanes to commit mass murder was because they didn't have access to weapons of mass destruction. In the end, the consequences of the attacks on America were comparable to the use of WMD.

Therefore, before it is too late, the world must recognize that there is no alternative to the idea of achieving a kind of “Westphalian peace” between Muslim and non-Muslim people. After all, if the irreparable and inconceivable happens, then the problem of reformation of the Sharia will totally lose its significance and Muslims will become outcasts everywhere.

The time has come to admit that the policy of justifying an “Islamic” nuclear bomb contradicts Islam. After all, it gives legitimacy to the nuclear claims of terrorists, whose ideology is one of the forms of legal interpretation of the current Sharia.

Currently, Sharia law restricts the fight against the ideology of international terrorism only to the possibilities of intra-Islamic discourse, including fanatical leaders of “jihadists”?

In this sense, one must point to an open message to the leader of the terrorist group ISIS, Abu Bakr al-Baghdadi, which was signed by 126 well-known representatives of the Muslim clergy, who recognized the organizer of mass crimes as an equal participant in public discussion within the framework of Sharia.

Thus, the problem is that there is currently no universally recognized institution authorized to make binding decisions on controversial Muslim-related issues, including those related to the proclamation of the Islamic state, war and peace. Under these conditions, the “jihadist” international terrorist organizations that emerged for the first time in history—Al Qaeda, ISIS, and others—launched a new world war on behalf of the Islamic world. But while being in the legal field of the Sharia, these groups remained outside its jurisdiction.

The Islamic response to the terrorist challenge can only be developed by the universal Islamic conference. The second historic decision of this forum should be the creation of the International Islamic Tribunal to try the terrorist crimes against humanity of Al Qaeda and ISIS.