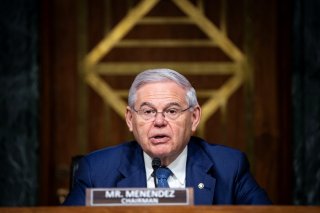 The recent move by OPEC+ to slash oil production has angered the Biden administration and prominent members of Congress have vowed to retaliate against Saudi Arabia.

“As chairman of the Senate Foreign Relations Committee, I will not green light any cooperation with Riyadh until the Kingdom reassesses its position with respect to the war in Ukraine,” Sen. Robert Menendez (D-NJ) said in a statement Monday. As head of the committee, Menendez has power over foreign weapons sales.

Menendez went on to accuse the Saudis of helping Russia in its invasion of Ukraine.

“There simply is no room to play both sides of this conflict — either you support the rest of the free world in trying to stop a war criminal from violently wiping ... an entire country off of the map, or you support him,” Menendez said. “The Kingdom of Saudi Arabia chose the latter in a terrible decision driven by economic self-interest.”

“From unanswered questions about 9/11, the brutal murder of journalist Jamal Khashoggi, and the exporting of extremism, to dubious jailing of peaceful dissidents and conspiring with Vladimir Putin to punish the U.S. with higher oil prices, the Saudi royal family has never been a trustworthy ally of our nation,” Durbin said. “It’s time for our foreign policy to imagine a world without this alliance with these royal backstabbers.”

Two pieces of legislation before Congress target OPEC for antitrust violations (the “NOPEC” bill) and remove U.S. forces and military assets from Saudi Arabia and the United Arab Emirates.

The United States stationed troops in Saudi Arabia after the Iraqi invasion of Kuwait in 1990 before launching Operation Desert Storm the following year. Since then, U.S.-Saudi relations have waxed and waned depending on various factors that include which president is in office at the time. The Trump administration was close with the Saudis, but President Joe Biden came into office vowing to get tough on them, especially after the killing of journalist Jamal Khashoggi. Biden did, however, hold a bilateral meeting with Saudi leaders this summer.

The White House said in a separate statement that “the President is disappointed by the shortsighted decision by OPEC+ to cut production quotas while the global economy is dealing with the continued negative impact of Putin’s invasion of Ukraine. At a time when maintaining a global supply of energy is of paramount importance, this decision will have the most negative impact on lower- and middle-income countries that are already reeling from elevated energy prices.”

The statement added that “the Biden Administration will also consult with Congress on additional tools and authorities to reduce OPEC’s control over energy prices.”