What Is America’s Role in Fostering Israeli-Saudi Ties? 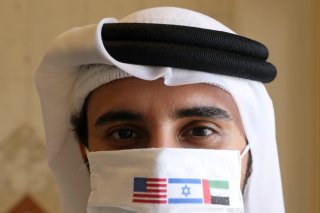 Israeli Prime Minister Benjamin Netanyahu is set to meet Saudi Crown Prince Mohammed bin Salman (MBS) in a historic trip to the United Arab Emirates on March 18. Although Israel and Saudi Arabia do not share formal diplomatic relations, the ties between the two countries have bolstered in recent years. Since September 2020, Israel has signed normalization agreements with four Arab countries—an unprecedented feat brokered by the former Trump administration. These collective agreements, known as The Abraham Accords, align Middle East neighbors who prioritize the same security concern—Iran.

Despite its lingering disengagement with the Abraham Accords, Saudi Arabia has led the recent rapprochement of the six-member Gulf Cooperation Council (GCC), which also aims to limit Iran’s influence in the region. The reconciliation of Qatar, Saudi Arabia, Bahrain, Egypt and the UAE ended a three-year-long feud with Doha after the country was accused of perpetuating Iranian propaganda and inciting terrorism. Riyadh seized the opportunity to strengthen solidarity with its neighbors to create a unified front against Tehran.

The realignment of allegiances in the Middle East is not only a safeguard for Israel and the Gulf, but also a strategic opportunity for the United States. The January 2021 decision to relocate Israel from the U.S. military’s European Command (EUCOM) to its Central Command (CENTCOM) which functions in the Middle East, was only possible because of the shifting nature of the region. Prior to the Abraham Accords and the general warming of Arab nations to Israel, the Jewish state was largely isolated from its neighbors in its efforts to combat and deter Iran’s malign activity.

Riyadh and Tel Aviv also share objections to President Joe Biden’s desire to re-enter a nuclear agreement with Iran that mirrors the 2015 version. Israel, Saudi Arabia, and the UAE have indicated that they would only be receptive to a renewed deal if it addressed much more than the previous version. However, the Biden administration has announced its aim to “recalibrate” relations with Saudi Arabia based on their human rights record. Seth J. Frantzman, director of the Middle East Center for Reporting and Analysis, asserted that the Biden team is distancing the United States from Saudi Arabia as it attempts to recover nuclear negotiations with Iran, perhaps to strike a balance between them and Iran.

The outcome of Biden’s current Middle East strategy has not instilled confidence in Israel and its Gulf neighbors. In recent months, Iranian militias have escalated attacks targeting American assets and civilians in Iraq and Yemen. In Baghdad, Kataib Hezbollah and other Iranian supported fighters have been accused of launching rockets targeting U.S. military and diplomatic sites in the fortified Green Zone. In Yemen, the Houthi rebels have carried out dozens of aerial attacks aimed at Saudi Arabia and civilian sites. After ninety people were killed in the Yemeni city of Marib in one day, the U.S. Secretary of State Antony Blinken urged the Houthis in early March to cease their ongoing operations.

Due to the consequences of Biden’s current Middle East approach, Israel and its Gulf neighbors have turned to each other to deter what they see as the region’s most dangerous threat—Iran. The Jerusalem Post reported that Israel, Saudi Arabia, and Bahrain have initiated discussions to address potentially expanding cooperation and dialogue in “facing common enemies.” The warming of ties between Tel Aviv and Riyadh is in the Middle East and America’s best interest. The Biden administration should take full advantage of the present momentum catalyzed by the Abraham Accords and drive reconciliation between our allies.