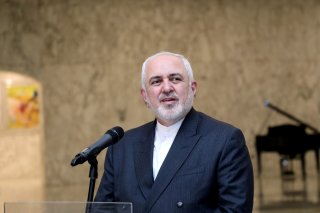 President Joe Biden ran for office saying that he would like to see a restoration of the Iran nuclear deal. But over a month since inauguration, Iran and the United States are set in a standoff about the order for which the two sides will return to the agreement. The environment is still one that is characterized by distrust and escalation. The United States and the European parties to the agreement rolled out a new motion to censure Iran at the International Atomic Energy Agency and Iran rejected an invitation for a meeting featuring the United States and the remaining members of the deal, officially the Joint Comprehensive Plan of Action (JCPOA).

For some in Washington, even some supporters of diplomacy between the two countries, the United States is willing to engage in simultaneous reentry. They put forth as evidence various statements from the administration stating that the United States is interested in rejoining but only when the “timing” issues are settled to its satisfaction. In this backdrop, Iran’s rejection of the meeting is interpreted as intransigence. But it’s important to note that none of the Biden administration’s statements express an interest in simultaneous reentry and, therefore, U.S. policy is compatible with the formal demand that Iran implement first.

Pessimism and Distrust in Tehran

From an Iranian standpoint, there is no indication at all that Biden is flexible on the demand that Iran implement its commitments first. In fact, Biden seems to be adopting the most dovish-seeming position that his administration knows Iran can’t accept. If Iran was to accept the demand to implement first, the Biden administration can formally reenter the JCPOA but qualify the implementation of its sanctions relief commitments. For example, they could argue that some of the sanctions imposed by the Trump administration are not covered by the JCPOA, effectively meaning key Iranian institutions would still be sanctioned under non-nuclear rationalizations.

The purpose would be to allow for sanctions pressure to remain so it could be used to extract other concessions outside of the nuclear deal’s framework at a later time. If Iran refuses, the Biden administration can portray Iran as the intransigent party to a European audience—that appears ripe for such a message—to help enhance Trump’s maximum pressure policy. To be clear, this is the broadly held view in the Iranian government as well as among journalists, analysts, and critics.

In international negotiations, technical issues are often a factor and they can be complicated to resolve. What allows for their resolution is the desire of both parties to achieve the underlying national interests. What the Biden administration has done so far sends the message that it would rather not be a party to the agreement than implement U.S. commitments simultaneously with Iran. It simply strains credulity that this aggressive posture is simply to achieve a symbolic victory with little practical value—which is why Iran did no such thing.

Both countries hold an official position that the other side needs to implement its commitments first. But Iran has loudly signaled, or rather just plainly stated, that this is a negotiating position and that they are willing to allow the Europeans to choreograph simultaneous reentry. For Iran, the desire to reenter trumps any wish to pursue a symbolic victory.

Based on my conversations with knowledgeable people in Tehran, if Iran believed that the United States actually was willing to engage in full simultaneous reentry, the European invitation to the meeting would have almost certainly been accepted. If Biden wished to communicate such an intention he could have done so through the United Kingdom or any other of the indirect channels at his disposal. Iranian officials wanted assurances that the purpose of the meeting was to focus on nuclear issues generally and a simultaneous reentry. Such assurances were refused, deepening Iranian suspicion. The meeting, therefore, promised to be a confrontational episode in which Western powers demand Iran go first and try to conflate the agreement with non-nuclear issues. If the environment is still one of escalation and leverage-seeking, it made more sense for Iran not to attend. There were some who argued that Iran should attend the meeting, nonetheless. But for most, this was a tactical disagreement over the country’s public posture and not representative of a perception of Washington’s intentions.

Iran’s refusal to participate in this meeting was not a repudiation of engagement. Iran will be attending talks at an upcoming meeting of the nuclear deal’s Joint Commission that has yet to be scheduled. Iran’s formal statement said that its refusal to attend is because it believes the time is not right.

Biden’s approach may seem to many like a departure from that of Donald Trump. But for Tehran, the changes are more stylistic and tactical than substantive. The Biden administration’s policies are, at least regarding Iran and much of the region, one of continuity and not of change. Ultimately, these policies seem focused on achieving the same “better deal” that has become the white whale of American foreign policy. While the Trump administration tethered reentry into the deal with demands for new nuclear and non-nuclear concessions, the Biden administration is effectively doing the same with at least some of the sanctions relief that such a reentry is supposed to represent. For Iran, this is not meaningfully different. The notion that Biden’s demands may also theoretically be milder is also not relevant.

As I discussed in a previous piece, sanctions scholarship shows that resolving sanctions episodes involving long-term enmities is difficult because the target is loath to make a concession that is both a concession onto itself and results in a weakening of its position in future rounds of security competition. The “win-win” environment surrounding the initial negotiation of the deal has certainly been depleted by the Trump presidency and by Biden’s early posture.

Iran’s reactions should certainly not be a surprise to the Biden administration. Biden’s “Iran envoy” Rob Malley happens to be the former president and CEO of the International Crisis Group (ICG). In one brief, ICG argued that,

Biden’s team may be tempted to link rejoining the JCPOA to other issues, but that could put the whole deal at jeopardy. The objective should be a clean re-entry. Other issues, such as regional de-escalation and Iran’s ballistic missile development, are critical, but best pursued subsequent to, not as a condition of, full restoration of the existing agreement.

In another brief, ICG warned against “leverage-focused one-upmanship” and said that

At this stage, it is hard to imagine Iran agreeing to anything less than the U.S. lifting the sanctions imposed in violation of the JCPOA – whether the pressure is exerted by the Trump or Biden administrations. As a senior Iranian official put it: ‘The risk in making concessions under pressure is that you validate pressure as a tool that the stronger party could use against the weaker one again and again.’

Instead, much of the Biden administration’s calculations seem to be based on assessments that see Trump’s maximum pressure campaign as having supplied leverage that should be used and rely on statistics about unemployment and inflation to claim Iran would have no choice but to accept what is offered. These assessments, ubiquitous in Washington’s discourse about Iran policy, too often seem to look at sanctions targets as simply reacting to pressure and looking for any respite. In fact, sanctions targets are as strategic in their approach, if not more so, than the senders.

It makes little sense for Iran to return to some form of unilateral full compliance for a limited amount of actual economic benefit only to then engage in a years-long negotiation where it has little leverage and is being called on to surrender its regional interests and deterrence capacities. This will certainly not make future America’s policy towards Iran more conciliatory and will more likely reinforce the notion that an aggressive economic warfare campaign should be ossified as the core of any U.S. policy towards Iran. Once the United States is satisfied that it can simply renege on deals with Iran and is rewarded for doing so, any sanctions relief Iran received will certainly be short and fleeting.

Alireza Ahmadi is a researcher and analyst focused on U.S. foreign policy towards the Middle East. His work has been published by the National Interest, The Hill, and Al-Monitor. Follow him on Twitter @AliAhmadi_Iran.