Why the Protests Will Change Iran Forever 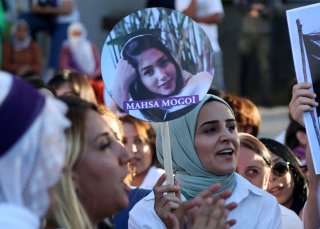 The 2022 Iranian protests with the radical slogan “Women, Life, Freedom” have shocked the regime in Tehran. There are ten distinct reasons why the current protests in Iran are unprecedented and will have far-reaching, radical implications for the future and sustainability of the Islamic Republic of Iran.

Radical changes in slogans and demands

In previous revolutions and protests, especially in 2009, the main demands were to reform the system or regain stolen votes in the elections. In the 2017 and 2019 protests, the demands were related to better living conditions and the economy. This time, in 2022, protests are centered on the killing of Zhina Amini by the morality police, as well as the abolition of the forced hijab, which is known as the main pillar of the system as well as its identity. The demand is not to reform the system, but to change the system. This is a turning point.

The leading role of women

This cycle of the Iranian revolution has attracted the attention of public opinion and international media due to its inclusion of demands from women. This has also led to the participation of all sections of Iranian society. The slogan of “women, life, and freedom” is being chanted in all parts of Iran. In the streets, universities, media, and social networks, women, and girls are the main actors of these demonstrations.

The rise of the new generation

One of the most striking features of the current Iranian revolution is that the majority of protesters in different regions and cities are young people under the age of twenty-five. These young people are considered the third generation of Iranians born after the 1979 revolution, and they demand the complete rejection of the system.

In past revolutions and massive protests, such as the nationwide uprisings of 2009, 2017, and 2019, there was a kind of “softness” in confronting the police, security forces, the Revolutionary Guards, Basij, etc. In the current protests, people have no sympathy for these forces and condemn them in the strongest way. This time, protesters are confronting the security forces, resulting in an increased level of violence.

This revolution has seen nationwide solidarity among all nations, ethnic groups, and cultures, which was not seen before. In the past, there were divisions between ethno-religious groups, regions, as well as Iran’s major cities and suburbs. In this round of protests, we see similarities in the demands of the demonstrators as they transcend limited regional, geographical, territorial, or even gender demands. This time, the protests have become an unprecedented challenge for the Iranian government because of the solidarity of the country’s diverse communities and groups.

What distinguishes this protest from other rounds of protests and revolutions in Iran is that this time there has been a wave of outrage against the government, its institutions, and the behavior of the security forces by well-known sportsmen, artists, celebrities, etc. This has led even well-known people close to the government to openly express their support, join the protesters on social networks ,and even participate in the protests.

Widespread support of the Iranian diaspora

Another distinctive feature of the 2022 protests is the large number of protests and gatherings outside Iran in support of the Iranian protests. The demonstrators have attacked the embassies and centers of the Islamic Republic. It is also interesting that the opposition outside Iran, which had never been united with each other on organization and even slogans and demands, have one demand this time: the victory of the revolution and the collapse of this system.

The rise of university students

After years of passivity, silence, and repression among university students after the success of the Iranian authorities in ending the 1999 and 2009 protests, students at famous universities and in different cities have come back to the protests. Some university professors have expressed their support for their students. University professors demand the release of their detained students—otherwise, they threaten not to return to classes. Some professors have also resigned due to the crackdown on the protestors.

The power and use of social media

The way social media networks are used to organize and express protests is unprecedented. Pictures, slogans, symbols, and clips are published in various foreign languages, informing the world's public. This has led the Islamic Republic of Iran to severely slow down or even cut off internet connections. This has led to a wave of foreign sympathy and support for the protests, even prominent politicians on Twitter to condemn the repression of the Islamic Republic and use the hashtag (#mahsaamini). Social media networks have helped the protesters to share information and to inform the wider world, communicate with each other, and determine the time and location of protests.

The self-determination of Iranians

In the past, protesters often asked the United States and other democratic countries for help, but this time they have found that only they can change their fate. This is considered an unprecedented turning point and the end of the expectation to be liberated by a foreign power.

The current protests in Iran have no leader except the people themselves. The protests are no longer centralized, not confined to the big cities as they are widespread everywhere geographically. Moreover, in this wave of protests, the protesters no longer believe in the government’s propaganda about the protests, such as claims of external interference. Another important factor is that the issue of Ayatollah Ali Khamenei’s succession and his illness have given people hope for the success of change in the current political system and even the end of the Wilayat al-Faqih regime.

The revolutionary process of overthrowing the system, or at least radical change, seems to have begun rapidly inside Iran, which is very different from past protests. This is reflected in the radical slogans and the leadership of Iranian women and youth. What has been observed so far is that the division between the authorities and the majority of Iranian society has deepened, and the protests began where the Islamic Republic was considered strongest.

Dr. Parwez Rahim Qadr is a Lecturer in International Relations at Salahaddin University-Erbil. He is an expert on Iranian affairs.

Kamaran Palani is a Lecturer in International Relations at Salahaddin University-Erbil, a Research Fellow at MERI, and an Associate Fellow at Al Sharq Strategic Research. Palani holds a Ph.D. from Leiden University (Faculty of Governance and Global Affairs, 2021). He is the author of Kurdistan’s De Facto Statehood: A New Explanatory Framework (Routledge, 2022).