How Government Failure Gave Birth to the Coronavirus Crisis 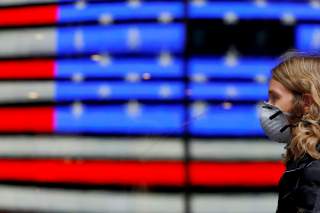 The several ways in which President Donald Trump’s methods of operation—including his lies, refusal to accept responsibility, and downplaying problems to protect his personal image and political standing—have spelled a failure of leadership in the current coronavirus crisis have already become familiar. Columnists and commentators have had much to say about this, as have the financial markets. Another now-familiar pattern has been that a significant number of other countries have out-performed the United States in their response to the crisis, according to such measures as the speed of responding, the comprehensiveness of testing, and the appropriateness of protective steps taken. Those strong performers have included states hit hard by the virus as well as ones that—thanks in large part to their effective responses—have been spared the worst of the pandemic.

One of the strongest of these performers is Singapore. The head of the World Health Organization (WHO) has praised Singapore’s handling of the crisis and has singled it out as a model for other countries to follow. Singapore faces significant vulnerabilities to the virus as a high-density city-state in East Asia with many personal and commercial connections to China. But at last count, it had not recorded any deaths from coronavirus, with just over two hundred of its people infected and about half of those already recovered.

The WHO and others highlight the specific steps Singapore has taken, including very aggressive contact tracing and complete transparency with the public regarding patterns of infection. But also useful in understanding the difference in performance is to take a broader look at the underlying political and cultural differences between Singapore and Trump’s America. One dimension on which those two polities are poles apart is the degree of respect for public service, including professional civil servants.

Probably no other country in the world displays more such respect than Singapore. Public service is where many of the best and brightest of young Singaporeans—whose American counterparts may instead be heading to a Wall Street investment bank—choose to work. The high status of the civil service does not imply any intention or ability to undermine the policy direction of elected political leaders. On the contrary, the civil servant’s professional ethic of political neutrality is at least as strong in Singapore as in other states. A happy result is a well-placed confidence among everyone concerned, including the public, that the political leadership and the bureaucracy consist of highly capable people working together to address important matters of public concern.

Singapore’s civil servants, as well as its political leaders in cabinet positions, are compensated with pay that is far above what their counterparts in the U.S. government receive. The pay is not only an attractive and just compensation for the best and brightest who enter public service but also a reflection of the respect and trust in which most of the public holds the Singaporean state.

That trust pays dividends in times of crisis. Columnist Thomas Friedman happened to be in Singapore at the time of Hurricane Katrina in 2005 and immediately perceived the difference in how the Singaporean state and his home country handled natural disasters. “That is certainly the sense I got,” wrote Friedman at the time, “after observing the Katrina debacle from half a world away here in Singapore—a city-state that, if it believes in anything, believes in good governance.”

Some observers have noted that the whiffs of authoritarianism that Singapore’s founding father, Lee Kuan Yew, applied to his orderly and otherwise liberal democratic state—and the longtime political dominance of Lee’s People’s Action Party—might make it easier than in the United States to apply stringent measures to fight an epidemic. But as Singapore historian P. J. Thum notes, authoritarianism hasn’t been necessary for success in fighting the coronavirus, given the well-earned public trust in the civil service and the rest of the state. The success has come because, says Thum, “The state was largely transparent and communicative and people understood it was an emergency and cooperated.”

The contrast with the relevant attitudes and political practices in the United States is stark. Denigration of public service preceded the current administration, with politically motivated mantras about how “government is the problem” and later nonsense about a “deep state.” Trump has carried the denigration to extremes with an outright assault on the government he supposedly heads. His most salient attacks to date have focused on the foreign service and the intelligence community, largely because of inconvenient truths these components have told about the offenses for which Trump was impeached or about Russian election interference from which Trump has benefited.

The assaults have been broader than that, however, affecting the work of public servants ranging from agricultural economists to environmental specialists. One theme underlying the entire assault has been a disdain for expertise. Another theme has been the prioritization of political loyalty to Trump over competence and dedication to the public interest.

The damage that such practices have inflicted on the U.S. response to the coronavirus has included a deficit of trust and truth at a moment when the American public badly needs leadership and straight talk from its leaders. The situation is the opposite, in other words, from what Thum identified as a key ingredient in Singapore’s successful response to the coronavirus: the willingness of the public to follow the lead of a government that has the public’s well-earned respect. The trust deficit in the United States will become an even bigger factor in the weeks ahead if, in an effort to stem the epidemic, the government must appeal to its citizens to reconfigure their lives even more than they have already.

Plenty of good people, just as capable and dedicated as their civil service counterparts in Singapore, work in the U.S. government on this and other problems despite not getting Singapore-style respect and rewards. But even good people can bend under a political assault as unrelenting as Trump’s attack on the government. Some such bending already has occurred among the intelligence agencies.

Something similar may now be occurring regarding public health. A possible case in point concerns Dr. Nancy Messonnier, the experienced and respected director of the National Center for Immunization and Respiratory Diseases. Last month, as Trump was declaring that the coronavirus was “very much under control” in the United States, Messonnier was publicly warning that it was a question only of exactly when, not if, the epidemic would hit the United States and that Americans needed to prepare for significant disruptions in their lives. Trump reportedly was “furious” about Messonnier’s warning and called for her to be “muzzled.” Right-wing media supplemented Trump’s attack by pushing a conspiracy theory based on Messonnier being the sister of Rod Rosenstein, the former deputy attorney general who established the inquiry into Russian election interference. Messonnier still briefs the press, but reporters have noticed that her tone appears to have changed.

Most of the damage from the denigration in the United States of government and of the professionals who work in it occurs out of the immediate sight of most Americans, even if the damage is substantial. The damage may involve second- and third-order effects of undercutting the work of U.S. diplomats or of swatting aside the findings of U.S. intelligence agencies. The current epidemic is different in that the American public feels damaging effects much more directly. But U.S. failures in mitigating those effects are part of a larger problem that goes far beyond public health.