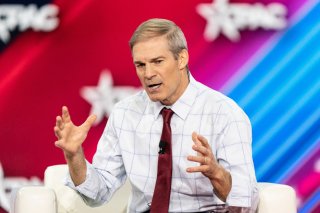 The most significant and positive initiative by Congress to rein in any overstepping by government agencies involved in national security—including the Federal Bureau of Investigation, Central Intelligence Agency, and National Security Agency—occurred in the mid-1970s. Investigations by special committees of each chamber, led by Senator Frank Church of Idaho and Representative Otis Pike of New York, did valuable work in uncovering operations that became widely recognized as unacceptable and pointed to the need for better mechanisms of oversight and control.

There is no question that genuine and significant abuses had occurred. These included, among others, the FBI’s COINTELPRO program of discrediting domestic advocacy organizations, the NSA’s monitoring of communications of certain prominent U.S. citizens, and various CIA covert operations whose connections to support of U.S. foreign policy objectives were questionable.

The congressional inquiries were scrupulously bipartisan. Senator Church received criticism from within his own party for what some Democrats considered to be excessive concessions to Republicans, but Church remained committed to sustaining bipartisanship to the end of the committee’s work, including approval of its public reports.

The investigations in the 1970s laid the groundwork for a legal framework and system of oversight, still in effect today, that precludes a recurrence of the kinds of abuses that the investigations uncovered. The system includes permanent select committees in both chambers of Congress to oversee intelligence. The committees have for the most part operated effectively in the tradition of their 1970’s precursors, although in more recent years they have been infected, especially on the House side, by some of the hyperpartisanship that has infected so much else on Capitol Hill. Legally required procedures, including notifications of Congress, were established for covert action. Also enacted in the 1970s was the Foreign Intelligence Surveillance Act, imposing strict controls on any collection of communications intelligence that could affect U.S. persons.

Fast forward to today, and one of the first actions by the majority party in the newly convened House of Representatives was approval on a party-line vote of 221-211 of an investigation of “weaponization” of the security and law enforcement agencies. The investigation is to be led by staunch Donald Trump ally, election denier, and Republican flamethrower Rep. Jim Jordan of Ohio.

A sure sign that raw partisanship is at work is when a party goes against what has traditionally been part of its platform and ideology. Republicans were consistent with their historical position when castigating the less thoughtful calls from some on the Left to “defund the police.” The GOP has long presented itself as a champion of law and order and a supporter of agencies that enforce criminal law, as well as a supporter of strong national security measures in foreign affairs. So it is quite a reversal for Republicans now to be attacking law enforcement, for “defund the FBI” to have become a slogan promoted by a prominent Republican member of Congress, and for the bureau to be a prime target of the Republican majority.

The motivation for the reversal is as obvious as the reversal is abrupt. Most of the highest profile FBI investigations of late have involved prominent Republicans and specifically Trump, who is still the closest thing the GOP has to a party leader. So, discrediting whatever the FBI and the Justice Department do regarding those investigations is an immediate goal. The initiative is also a counteroffensive for some of the members of Congress themselves, including Jordan, who was in deep with Trump’s efforts to prevent certification of the 2020 election result, and Scott Perry, a Republican from Pennsylvania whose involvement in Trump’s election-overturning efforts led the Department of Justice to seize his cell phone but who nonetheless refuses to recuse himself from any congressional investigation of the FBI and Justice.

Based on everything that so far has become public knowledge about the relevant FBI investigations, those investigations were amply warranted. Even just considering counterintelligence—one of several important areas of responsibility for the bureau—there was ample reason to look into things further, given such occurrences as Trump’s campaign chairman meeting repeatedly and sharing information with a Russian intelligence officer. The Federal Bureau of Investigation’s job is to investigate, which means not drawing final conclusions pre-emptively but instead following up leads and looking into smoke to see if there is any fire behind it.

Counterintelligence was one of the serious concerns behind the investigations in question but not the only one. There also was the insurrection of two years ago, with all the possible violations of the law of those who inspired it. And then there was the matter of boxloads of government documents kept in open defiance of federal law and with months of defiance and obstruction by Trump and his attorneys that left no alternative to the government than a search and seizure operation to retrieve the purloined material.

The show that Jordan is about to put on will no doubt allude to indications of some FBI officers holding unfavorable sentiments about Trump. Of course, FBI officers have personal opinions about American political leaders, as does most everyone else in the bureaucracy. But what matters is whether any such personal views shaped discharge of those officers’ official duties, and no evidence has emerged that they have.

The whole notion of the FBI being somehow biased against Republicans and the political Right has always been fanciful. This is the agency that J. Edgar Hoover led and nurtured for decades. No pollster has surveyed political opinions among the FBI work force, but the demographics of that work force make it look more like the pro-Trump part of the American population than like anti-Trumpers. The one public action by the FBI in recent years that was most likely to have had a political consequence was one that hurt Democrats, not Republicans: the announcement by then-Director James Comey just days before the 2016 presidential election that the bureau was reopening an investigation into Hillary Clinton’s emails.

There has been ample opportunity to find any evidence of political taint in the investigations of Trump if it were to exist. The inspector general of the Department of Justice looked into the matter and issued a report that, while criticizing the FBI for certain errors in its investigation, concluded that the investigation of Russian election interference was justified and not motivated by political bias. There also has been the investigation by special counsel John Durham, whose office, after more than three years of work and an expenditure of at least $6.5 million, also came up with a dry hole in searching for any politically motivated witch hunt. Durham’s own investigation could be considered a “weaponization” of Justice Department resources, given that his appointment was by an attorney general who was acting in large part like Trump’s personal lawyer and initiated this inquiry to try to discredit any regular investigation that would reflect unfavorably on the president.

Whether Durham had any material to work with ultimately had to be tested in a court of law, and the only cases he brought to trial—which were not even of government employees—resulted in acquittals. Whatever Jordan and company bring before cameras in a committee hearing room will not be subjected to any such formal judgment, or any other test of truth, logic, or reasonableness. The inevitable spinning and cherry-picking will almost certainly leave a mistaken impression with much of the public of the whole story of the FBI, Russia, and Trump.

A longer-term ill consequence of the show that is about to begin is the effect it may have on the FBI and other security agencies themselves. It might deter the bureau from vigorous enforcement of the law if officers fear that enforcement will collide with someone’s political narrative. Or it may push officers into bending their investigative efforts in whatever direction the political wind is blowing at the time. That would be even worse, and would mean the very politicization of security agencies that the House majority claims to be combatting.

The majority compares the establishment of its new subcommittee to the work of the Church committee. What they are doing is no such thing. To make such a comparison is an insult to the members of Congress who, five decades ago, acted out of patriotism rather than partisanship.