The Sources of Iranian Conduct 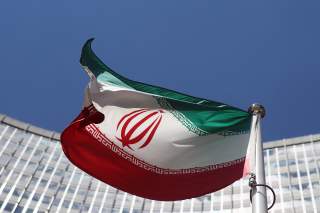 The Trump administration’s policy of “maximum pressure” on Iran so far shows no sign of inducing any desirable change in Iranian policy. Several reasons underlie this failure. The administration has given the Iranian regime no realistic proposition to which it could say “yes” even if it were so inclined, instead issuing a list of broad and unrealistic demands that would amount to Iran rolling over and playing dead. The sanctions the administration has imposed—unlike those that preceded the Joint Comprehensive Plan of Action (JCPOA), the multilateral nuclear agreement on which the administration has unilaterally reneged—lack international support, and they hurt the Iranian people more than they hurt hardline elements in the regime. The reneging on the JCPOA has greatly discredited the Trump administration in Iranian eyes as a potential negotiating partner.

With each passing week of maximum pressure having minimum results, the folly of abandoning the JCPOA becomes harder to deny. If the administration’s efforts to bludgeon European business into ostracizing Iran were to succeed to the point of Tehran deciding that its own continued adherence to the JCPOA was no longer worthwhile, then Iranian production of fissile material would once again be unrestrained. This would mean a new nuclear crisis courtesy of the Trump administration. Meanwhile, the administration’s obsession over stoking conflict with Iran is the single biggest cause of severe damage to relations between the United States and its allies.

Despite the failure to induce policy change by Iran, committed opponents of the JCPOA have always had another line of argument, which is based not on inducing the targeted regime to change policy but rather on impeding it from executing what is presumed to be its policy. The latter approach can be a legitimate objective of certain types of sanctions. A country whose unconventional weapons programs are of concern, for example, may become subject to trade restrictions designed to keep out of its hands materials and technologies that it otherwise could use to develop the feared weapons. Applied to Iran today, the specific argument is that the JCPOA is bad because it gave Iran resources that it uses to finance the “malign, nefarious, destabilizing behavior” that critics of Iran keep talking about. At a conference last week sponsored by the American Conservative, former Trump NSC official Michael Anton and Weekly Standard editor Kelly Jane Torrance voiced exactly that argument.

The argument always has had major problems, going back to when it was used as ammunition to try to shoot down the JCPOA even before the agreement was completed. Contrary to the usual phrasing of the argument, Iran wasn’t “given” anything through the JCPOA. The partial sanctions relief the agreement provided involved unfreezing some assets that belonged to Iran all along, and partial removal of impediments to normal commerce with Iran. Moreover, the economic benefit to Iran of even its partial relief has routinely been overstated.

Probably the biggest set of problems involves how the whole notion of malign, nefarious, destabilizing behavior gets flung around as a catchphrase that has become divorced from any attention to specific facts or analysis. Sorely lacking is examination of why Iran does what it does, how what it does is or is not different from what other states in the region do, and what difference any of this does or does not make for U.S. interests. These deficiencies have applied to rhetoric about Iran’s policies toward the rest of the region and to the subject of terrorism. The murder of Jamal Khashoggi—demonstrating that today it is Saudi Arabia, not Iran, that engages in the nefarious practice of extraterritorial assassination of nonviolent dissidents—stimulated some modest attention to these sorts of questions, but evidently not from the Trump administration.

Set all that aside for a moment, however, and consider what the argument at hand—that the JCPOA led Iran to do more bad things in the region because Iran had more resources to pay for them—implies about how Iranian policymakers supposedly think. Those policymakers have long been portrayed with alarm as mad mullahs. That is why Iran was deemed unworthy of being trusted with nuclear weapons in a way that India, Israel, and Pakistan seem to be trusted. It is a portrayal that was propounded most loudly by many of the same people who became the loudest opponents of the JCPOA.

More precisely, the implied picture of Iranian decisionmaking is a weird and implausible combination of mad mullahs and bookkeepers. The picture is one of decisionmakers who are both careful about checking the balance in that bank account and intent on draining the account for nefarious behavior abroad to the exclusion of other needs and priorities. The picture suggests periodic phone calls in Tehran in which the head of the Revolutionary Guard asks the finance minister, “How much money do we have for nefarious behavior this month?”

One problem with this picture is that other needs and priorities do matter, and matter a lot—not only to an elected president such as Hassan Rouhani but also to the supreme leader, Ali Khamenei. Iran has real politics, and, just as in the United States, domestic economic vulnerabilities imply political vulnerabilities that politicians try to avoid.

Another problem is that some of what Iran does in the region that gets big play from American hardliners is too inexpensive for resources to be much of a consideration at all. The outstanding example is Iranian aid to the Houthis in Yemen, which is minor and almost trivial compared to the far larger Saudi-led war effort. Yemen is not one of the more important places for Iran, but giving a little help to the Houthis is a cheap way for the Iranians to enjoy the satisfaction of watching Mohammed bin Salman stew in the quagmire he has made for himself.

The main problem with the implied picture of Iranian decisionmaking is that even with more expensive Iranian endeavors, political and especially security issues that are important in Iranian eyes are what governs Tehran’s decisions, not the number of rials in the national bank account. Iran demonstrated this during the extremely costly Iran-Iraq War, when it decided to continue the war even after Saddam Hussein was ready to sue for peace. Today, as Iraqi analyst Abbas Kadhim observed in a different panel at the American Conservative conference, Iraq is extremely important to Iran, which shares not only the bloody history of the war but a nine-hundred-mile border. Iran will pursue, no matter what the cost, its objective of having significant influence in Iraq and a regime in Baghdad that has cordial relations with Tehran. Something similar could be said about Iran’s major investment in Syria, which is the one longstanding ally that Iran has had in the Arab world.

If the anti-JCPOA argument about resources and nefarious behavior were valid, then we should have seen throughout the history of the Islamic Republic a strong correlation between the resources and behavior, with Iran being better behaved (in Western eyes) during times in which sanctions have cut into the available resources. The International Crisis Group recently published a study examining exactly this question. The finding: no such correlation.

That reality will not keep anti-JCPOA hardliners, including the Trump administration, from trotting out the same old arguments. The more time that passes without a positive outcome from the resulting policy, the more indefensible those arguments will be.