Why the Bombing Campaign in Syria Isn't Working Well 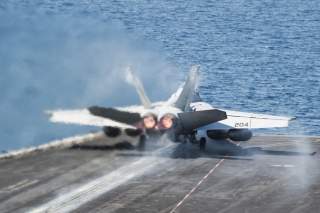 The U.S. air war in Syria has not gotten off to an encouraging start. For many observers the principal indicator of that is a lack of setbacks for ISIS, as the group continues to besiege a Kurdish-held town near the Turkish border. We ought to be at least as discouraged, however, by the negative reactions to the airstrikes from the “moderate” Syrian opposition groups that the strikes are supposed to help and in whom so much hope is being placed if U.S. policy toward the Syrian conflict is to begin to make any sense. Harakat Hazm, a group considered sufficiently moderate and effective to have received the first shipments of U.S.-made anti-tank weapons, called the U.S. campaign “a sign of failure whose devastation will spread to the whole region.”

It is early in that campaign, of course, and if searching hard enough one can also find some more encouraging signs. The airstrikes in Iraq still have more support. And ISIS in Syria at least seems to have seen the necessity of lowering its visibility in places it controls such as Raqqa—although its blending even more closely into the civilian population will make future airstrikes that much harder to do.

Despite administration statements about having to think in long-haul terms, patience in Washington will wear thin amid meager results. Pressures for escalation will increasingly be felt. In response to comments from opposition groups about how the airstrikes are insufficiently coordinated with, and have not aided, their operations on the ground, expect to hear more talk in Washington about a need for putting U.S. personnel on that ground.

That sort of talk ought to be met with a reminder of the fundamental reasons—the inconvenient facts of the Syrian situation that constitute a still-unsquared circle—that will continue to make for poor results.

Another reason is the inevitable damage and resulting anger and resentment from airstrikes, even though high-tech U.S. weapons are far more discriminating than the Syrian regime's barrel bombs. Some of the resentment-generating impact of the US. strikes so far has been indirect and economic rather than direct and kinetic. Attacks on targets such as oil refineries, power plants, and granaries have caused shortages and price rises that have hurt civilians at least as much as they have impeded ISIS.

And related to that is the potential for the United States to make itself a bigger issue in Syria than either ISIS or the regime. There already are worrisome signs that Al-Nusra and ISIS are repairing their breach from last year and campaigning in tandem against the U.S. intervention by portraying it as a war against Islam.